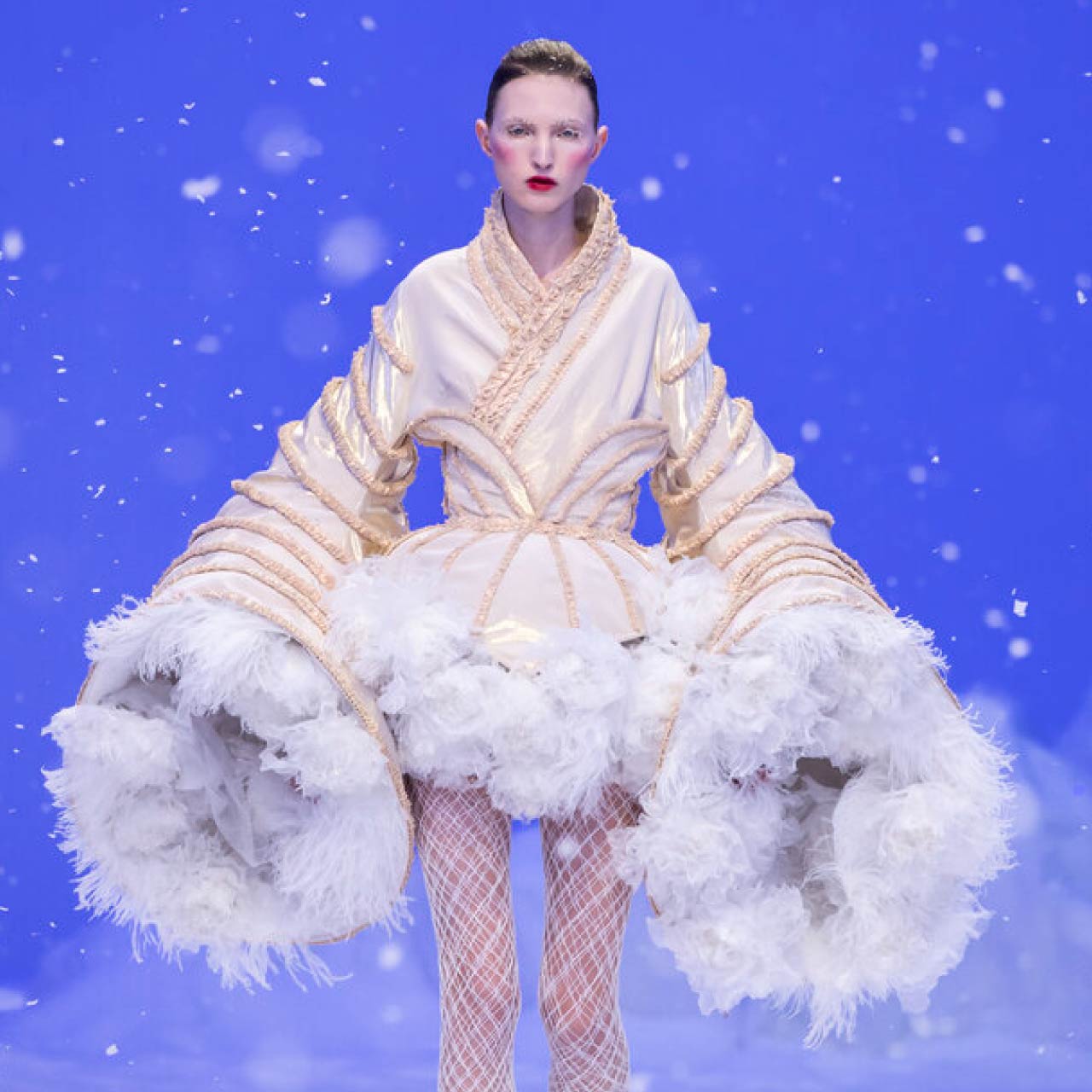 There are times where we want fashion to be a slightly elevated version of the everyday, and then there are times where you just need the technical skill, unmitigated escapism and pure spectacle. The collections of Guo Pei, with intricate textiles and atelier craft, are a prime example of what happens when you let fashion exist in a fantasy realm.

For the Spring-Summer 2020 collection, the garments featured oversized silhouettes, with elongated sleeves that were often balanced by short skirt lengths. Overall the collection had a ceremonial feeling with rich textiles and draped collars that hung elegantly around the body, which also drew allusions to clouds through swirls of pure white feathers and multi-layered underskirts.

The theme of the collection was Himalaya, but this felt like a light touch for inspiration rather than a literal cultural deep dive. More like clothes for the grown-up oracle child of a fantasy film who lives in a castle above the clouds, rather than the traditional garb as worn by people who actually live in the Himalayas day-to-day.

From a construction point of view, one of the points to notice was the use of textiles. On Vogue.com» Pei described how she used antique textiles to reflect the sense of time and permanence that was her impression of the Himalayas. This included using rare obi fabrics from Japan, which were cut into squares and patchworked together. These textiles appear to be mainly used on the reverse so that the loose weft yarns or ‘floats’ that carry across the back of the brocade» produce a more frayed looking version of the textile. This contributes to the hazy appearance of the collection, encouraging the pieces to look both rich and tattered at the same time with a faded glamour that makes the pieces look more like an old treasure trove of ceremonial robes, rather than freshly created couture. 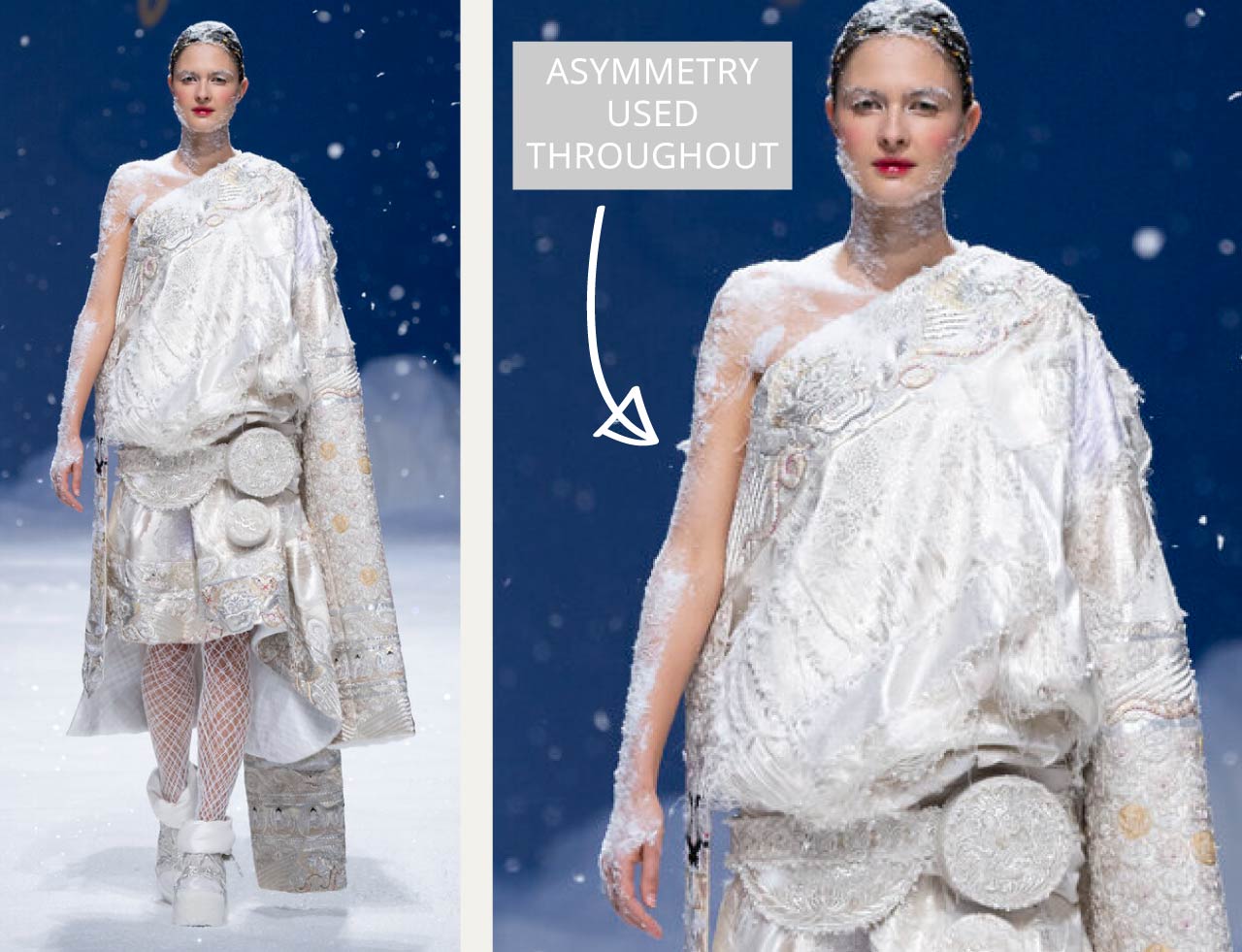 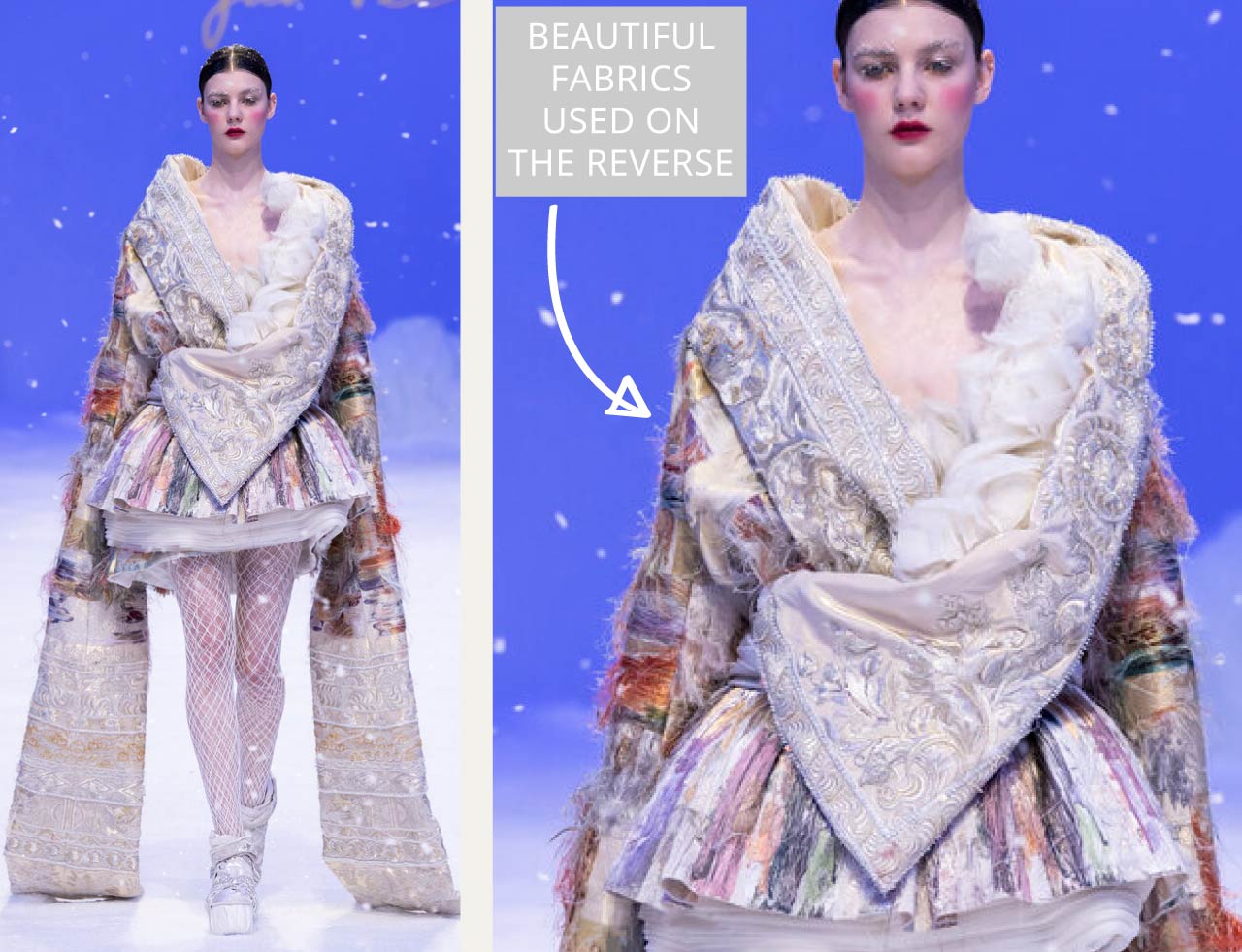 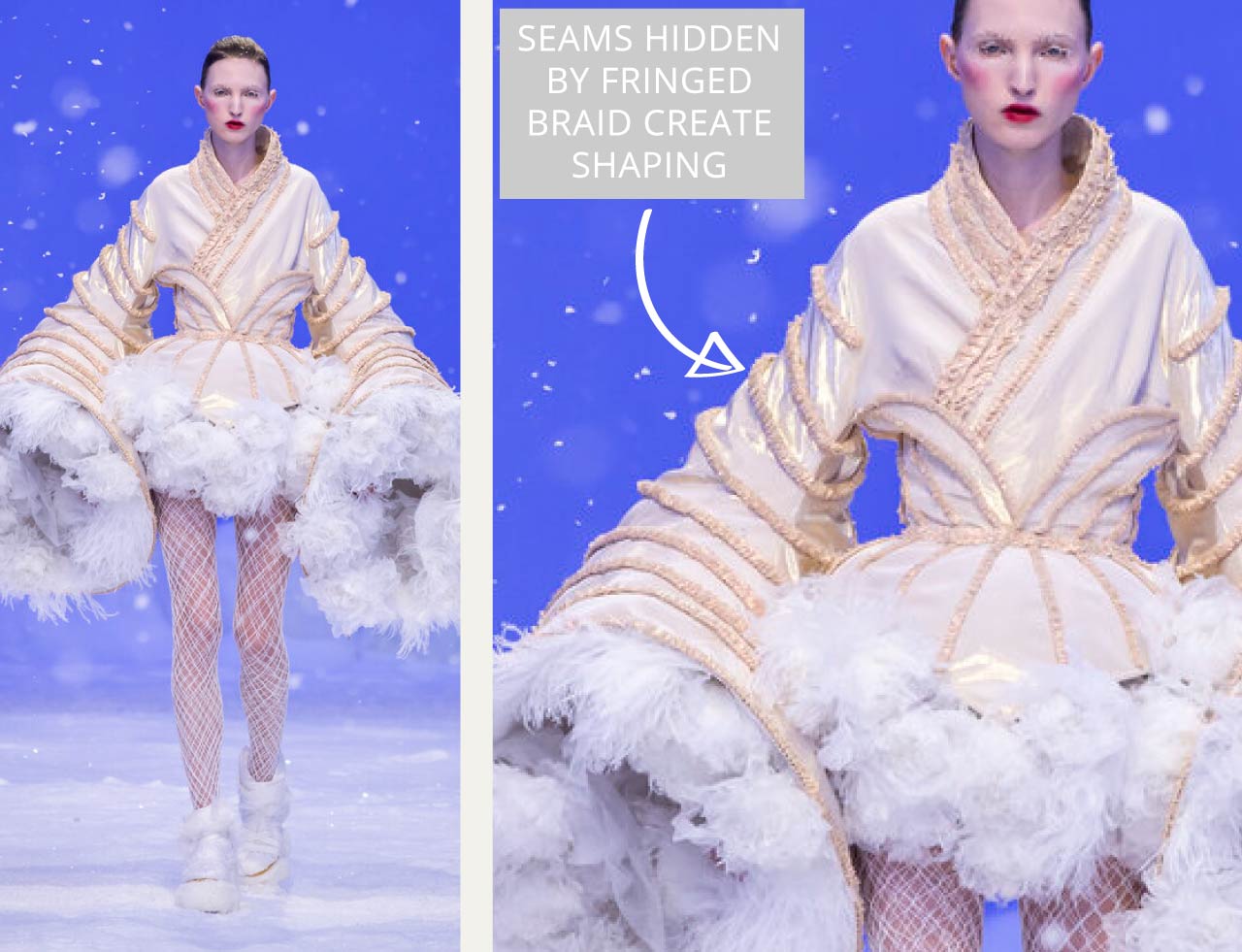 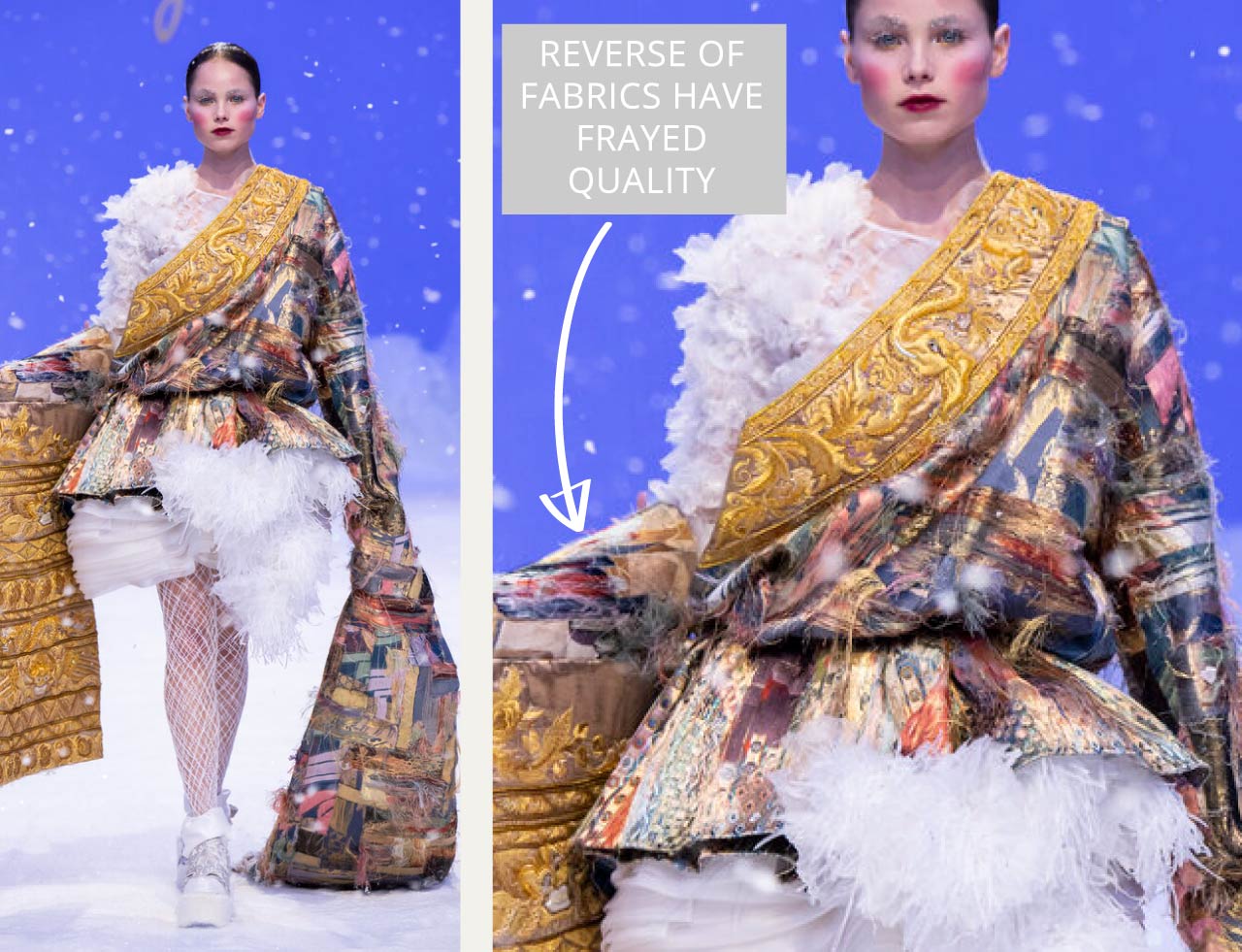 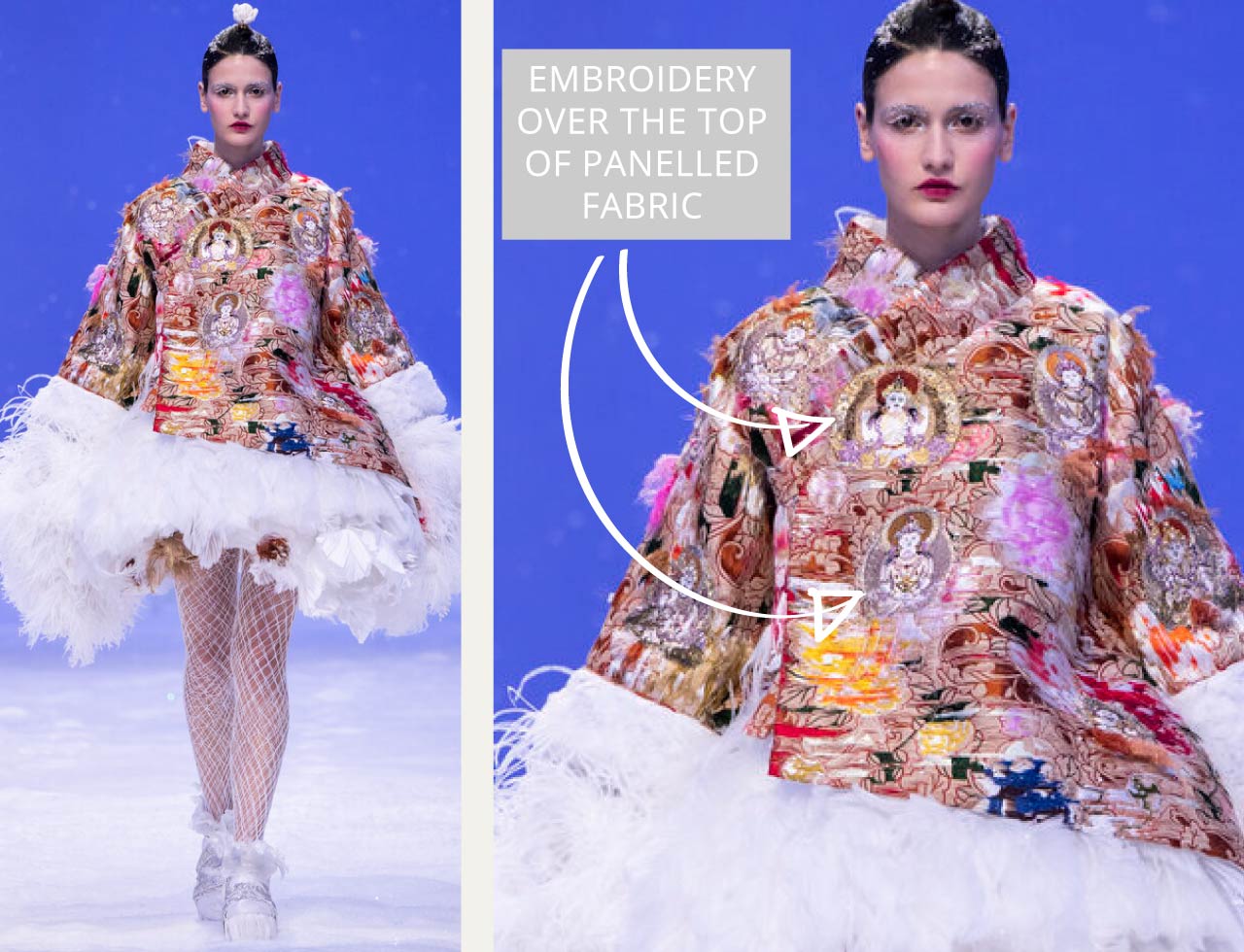 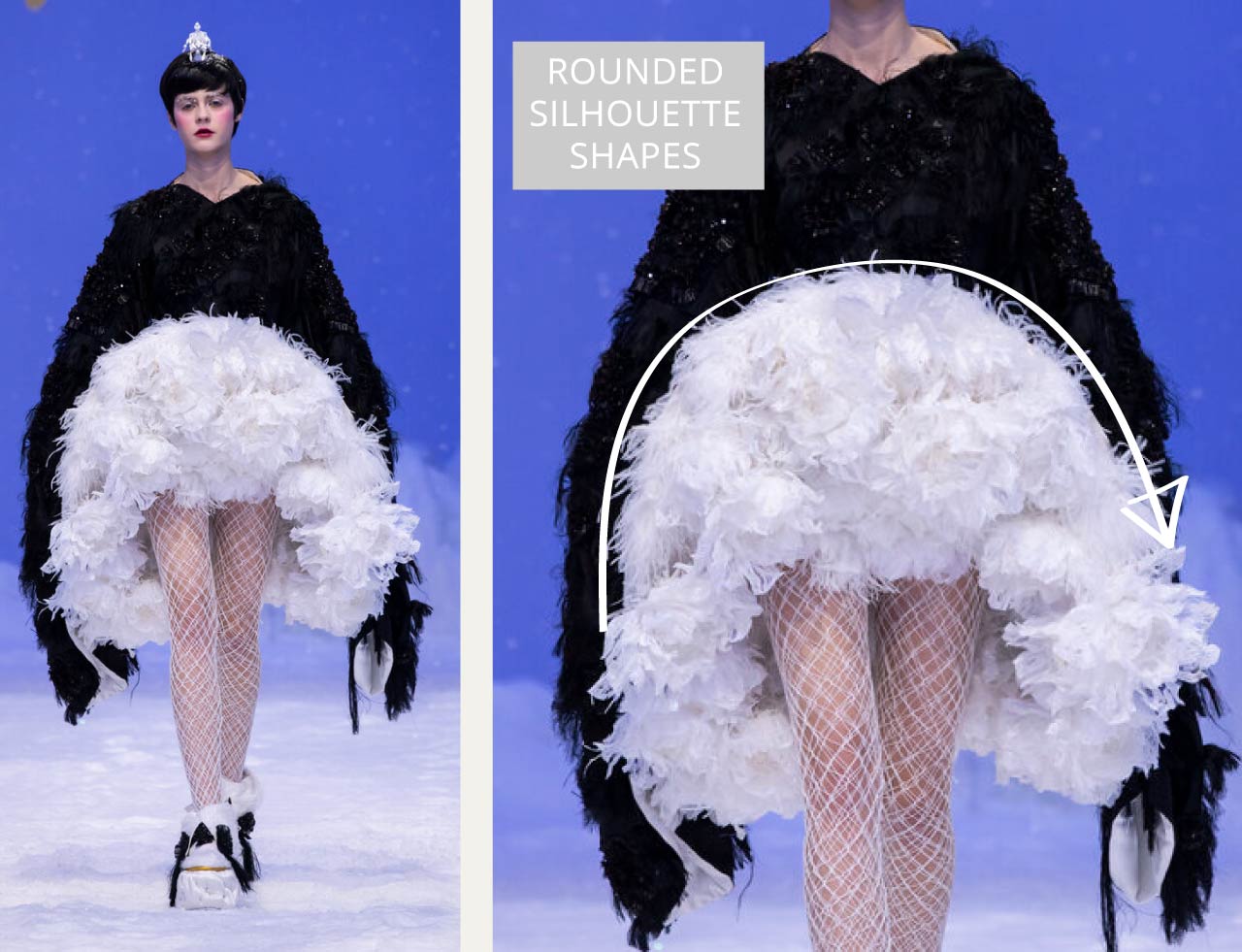 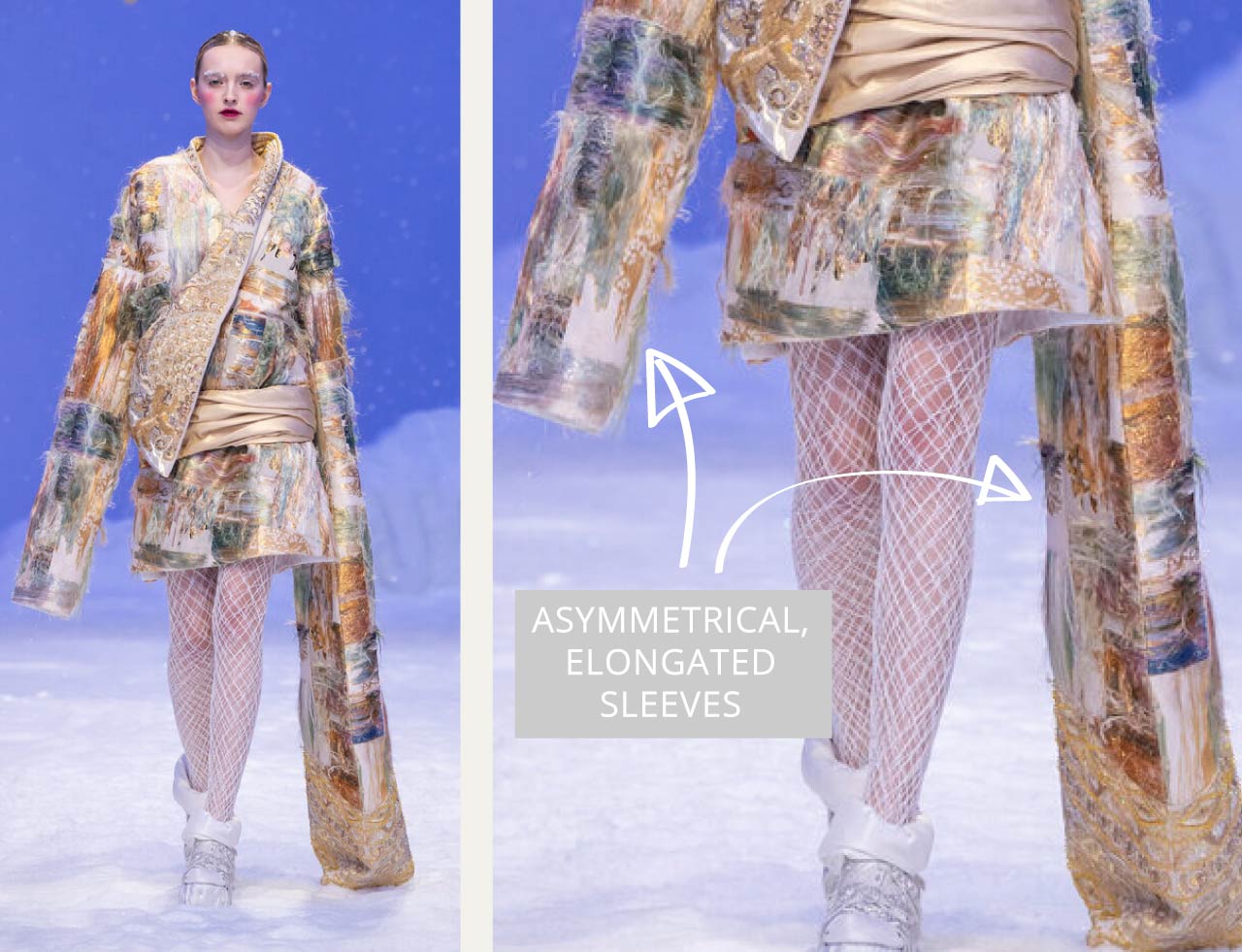 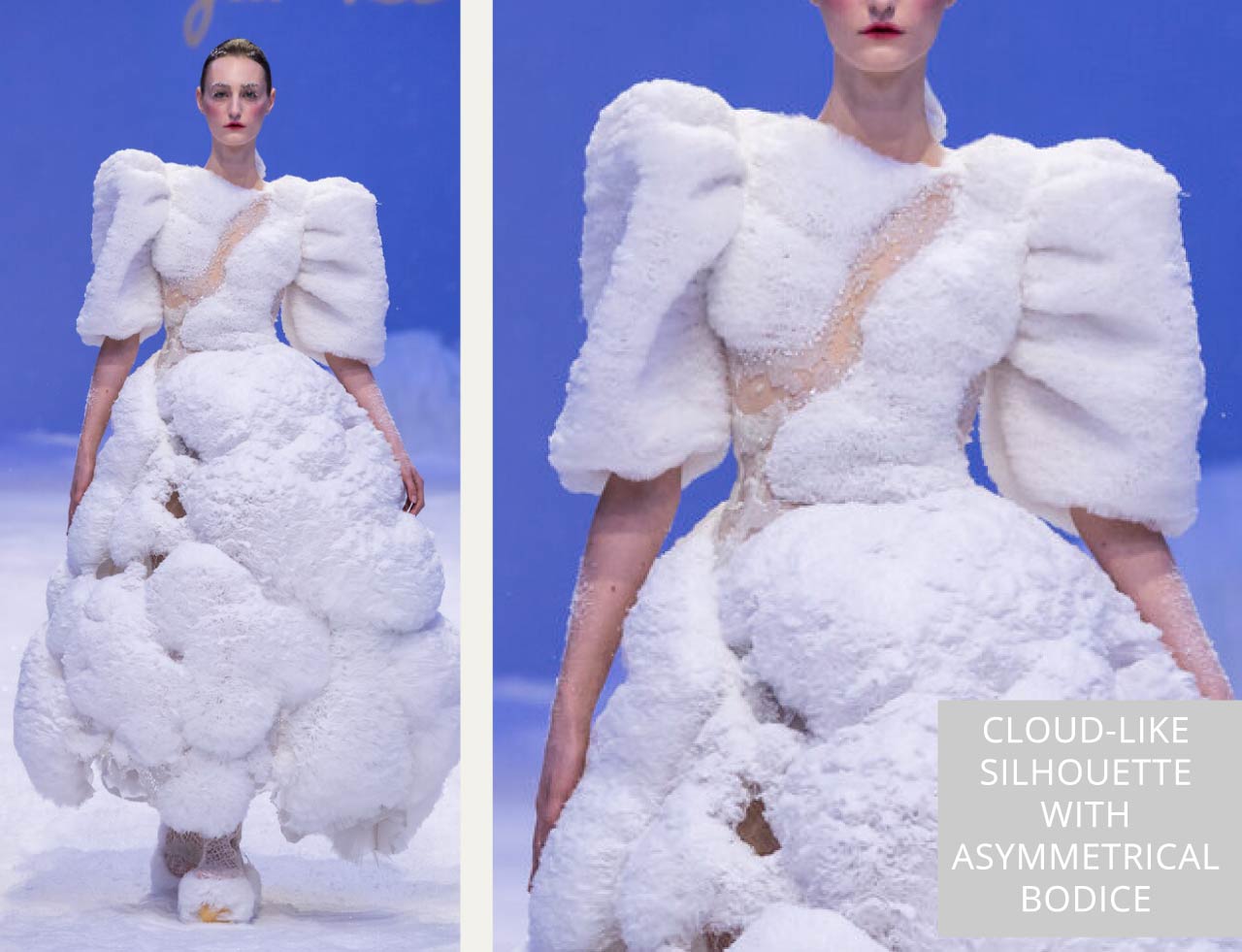 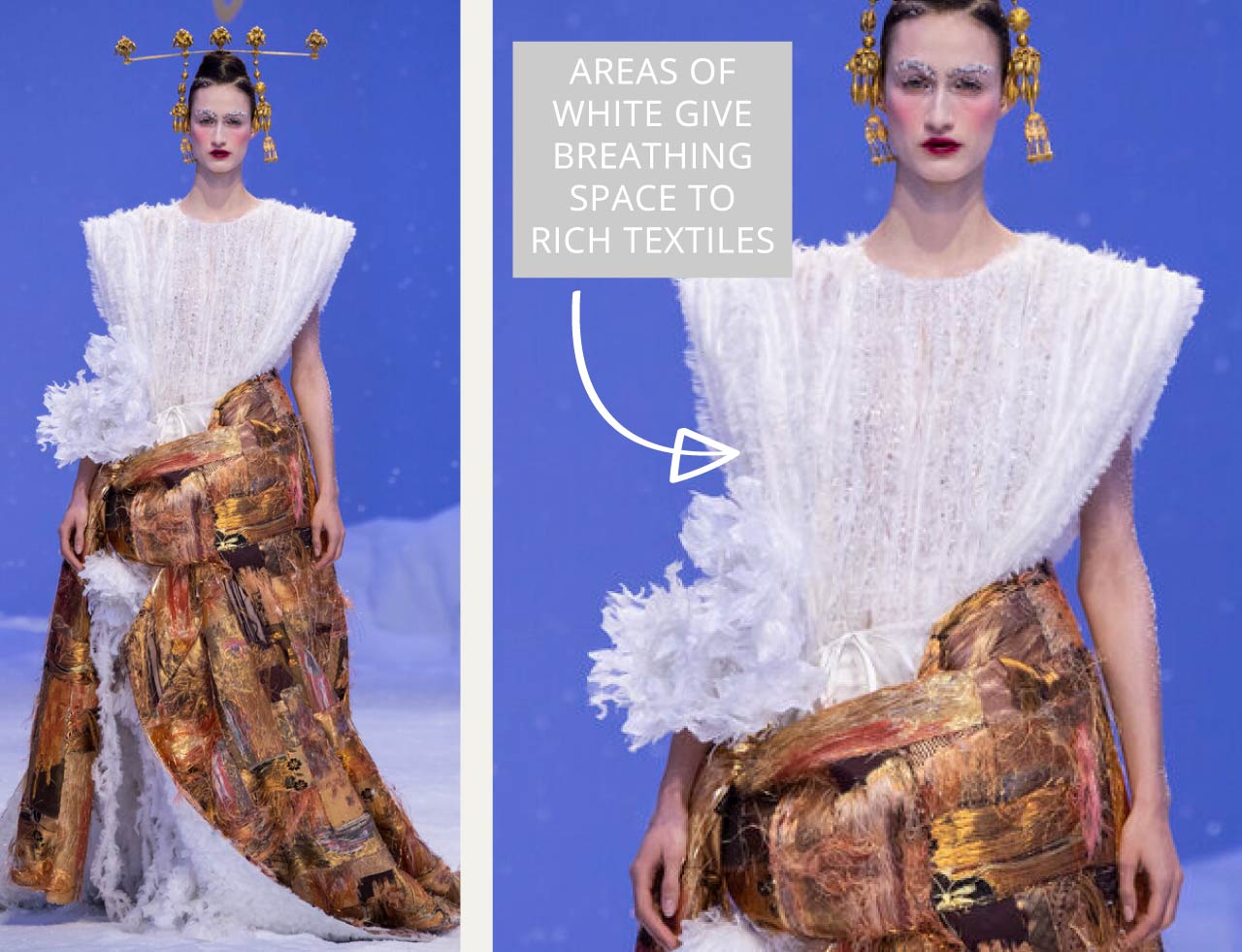 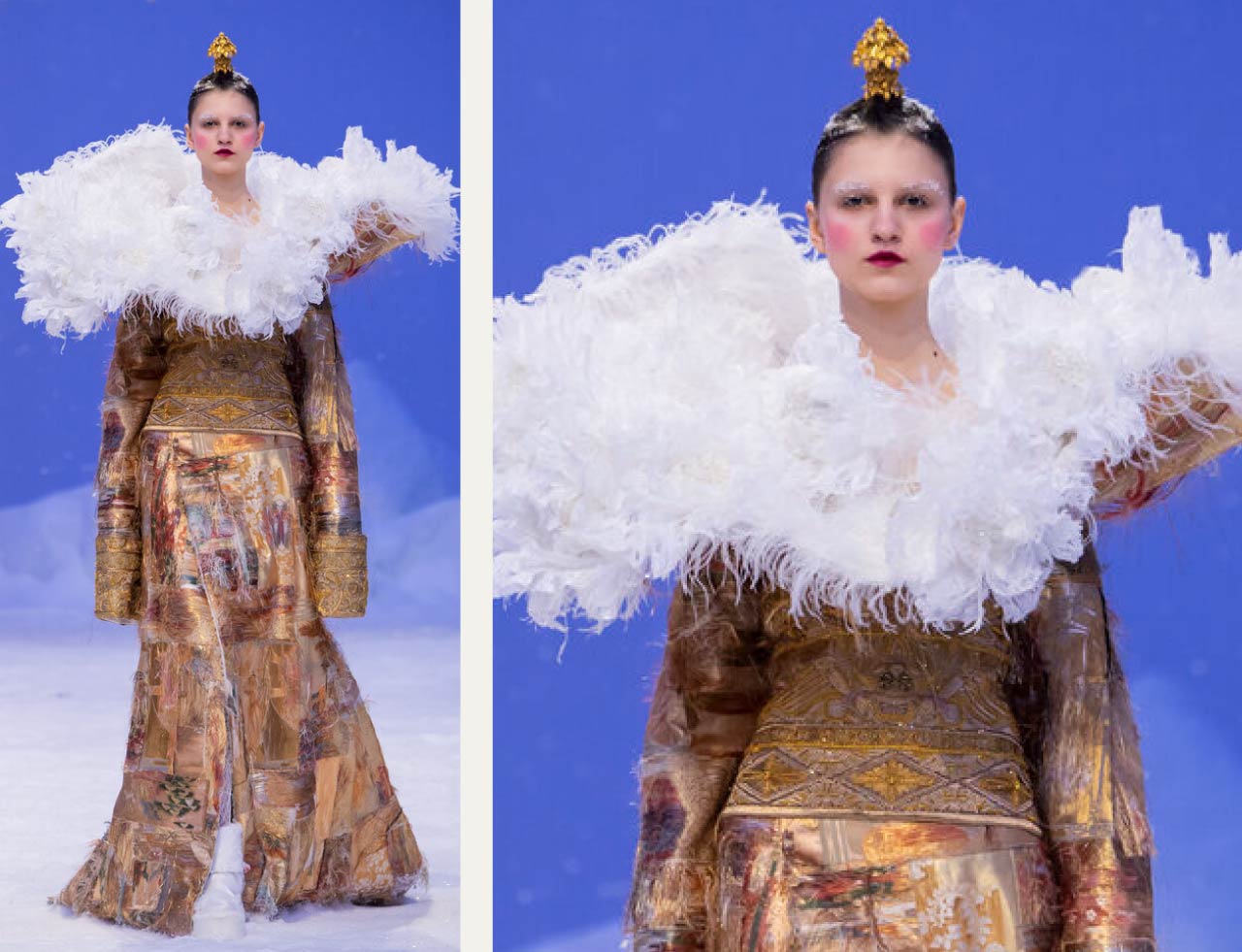 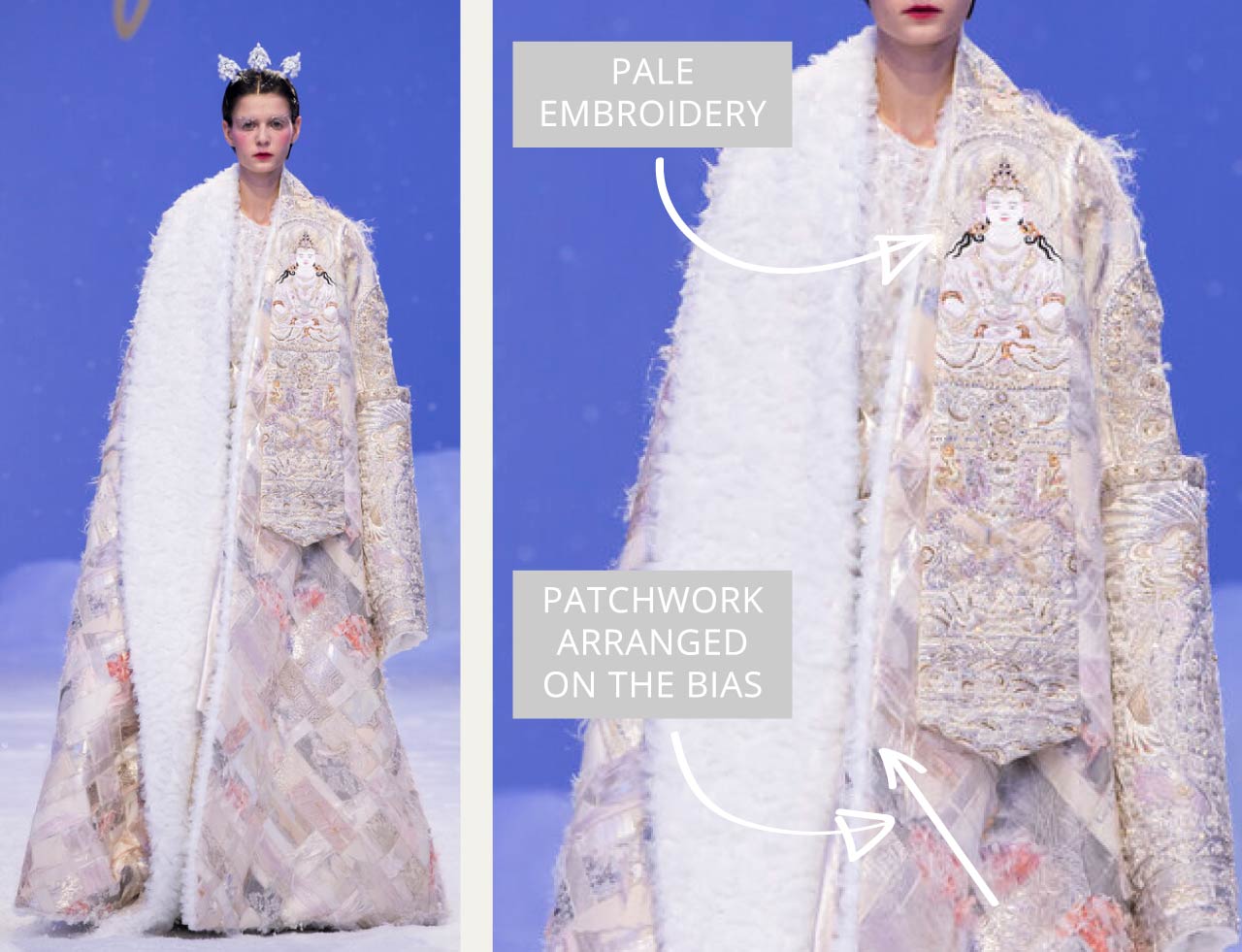 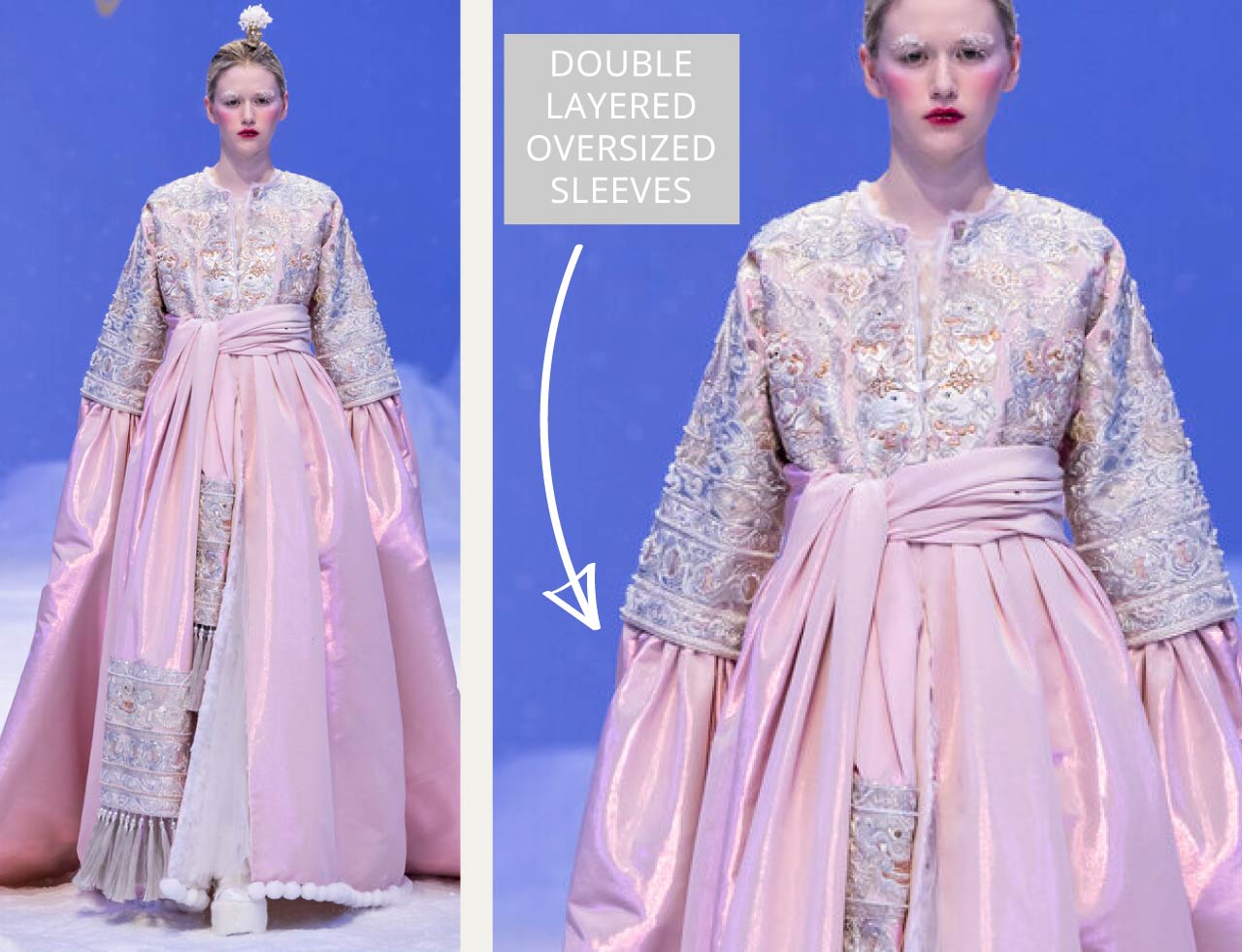 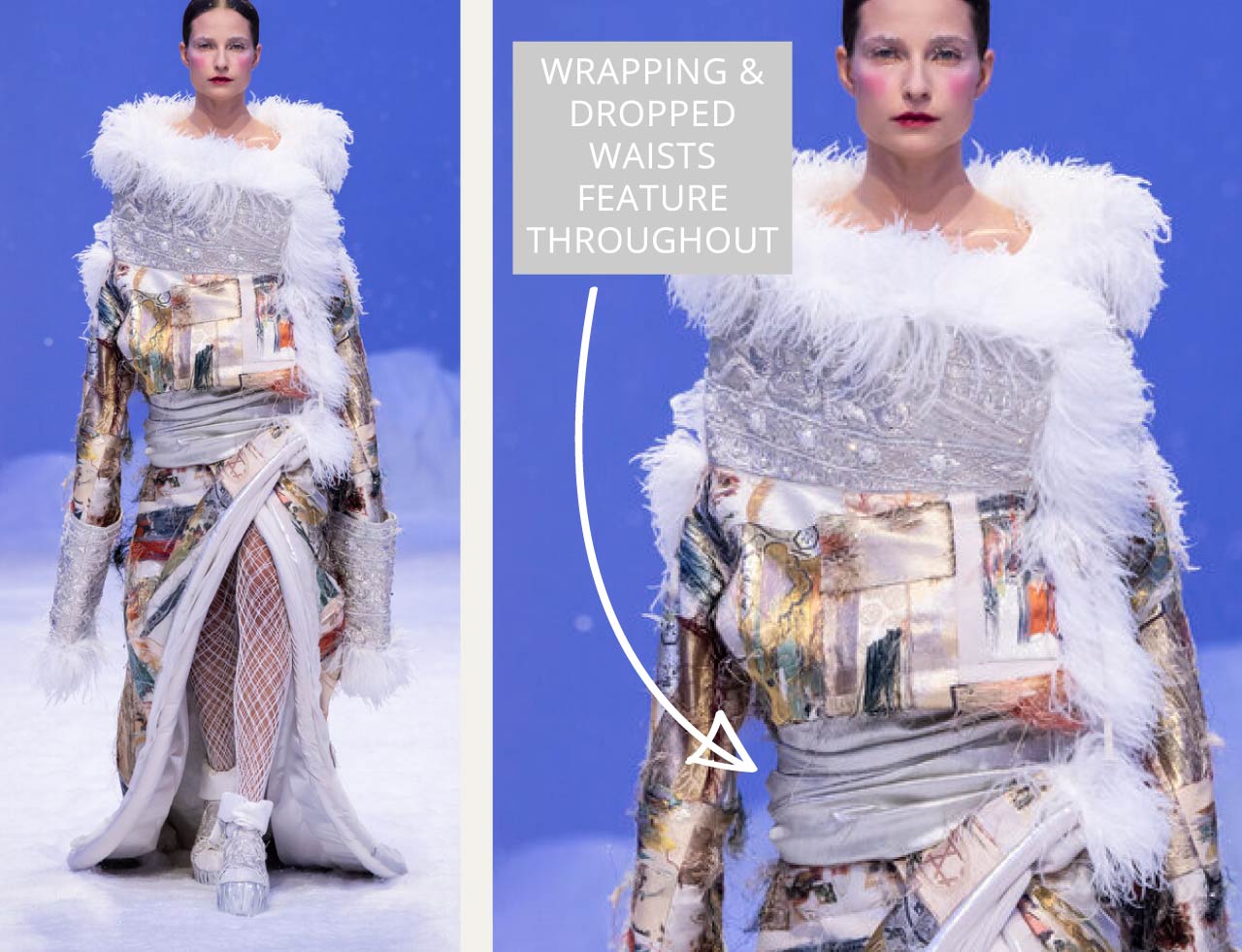 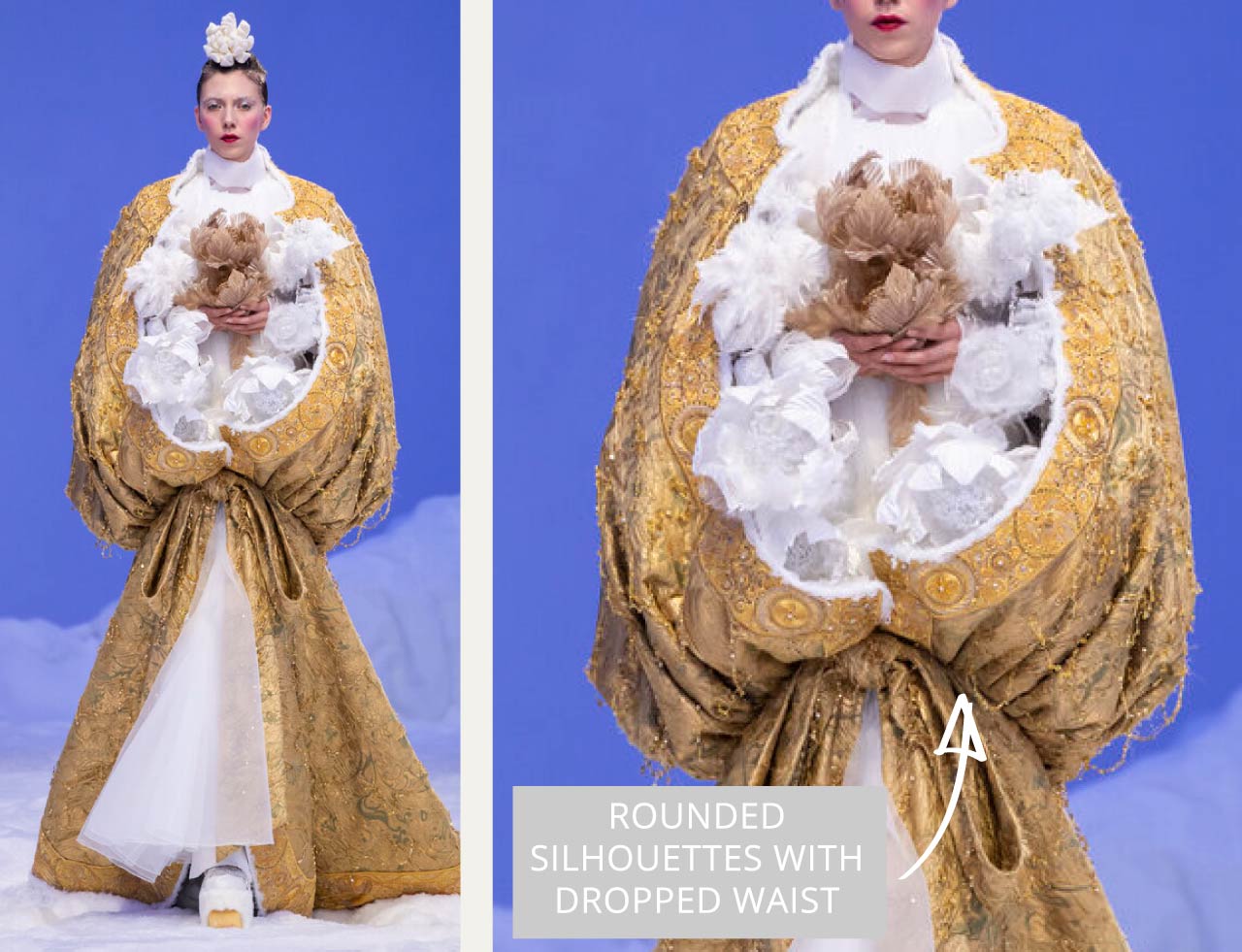 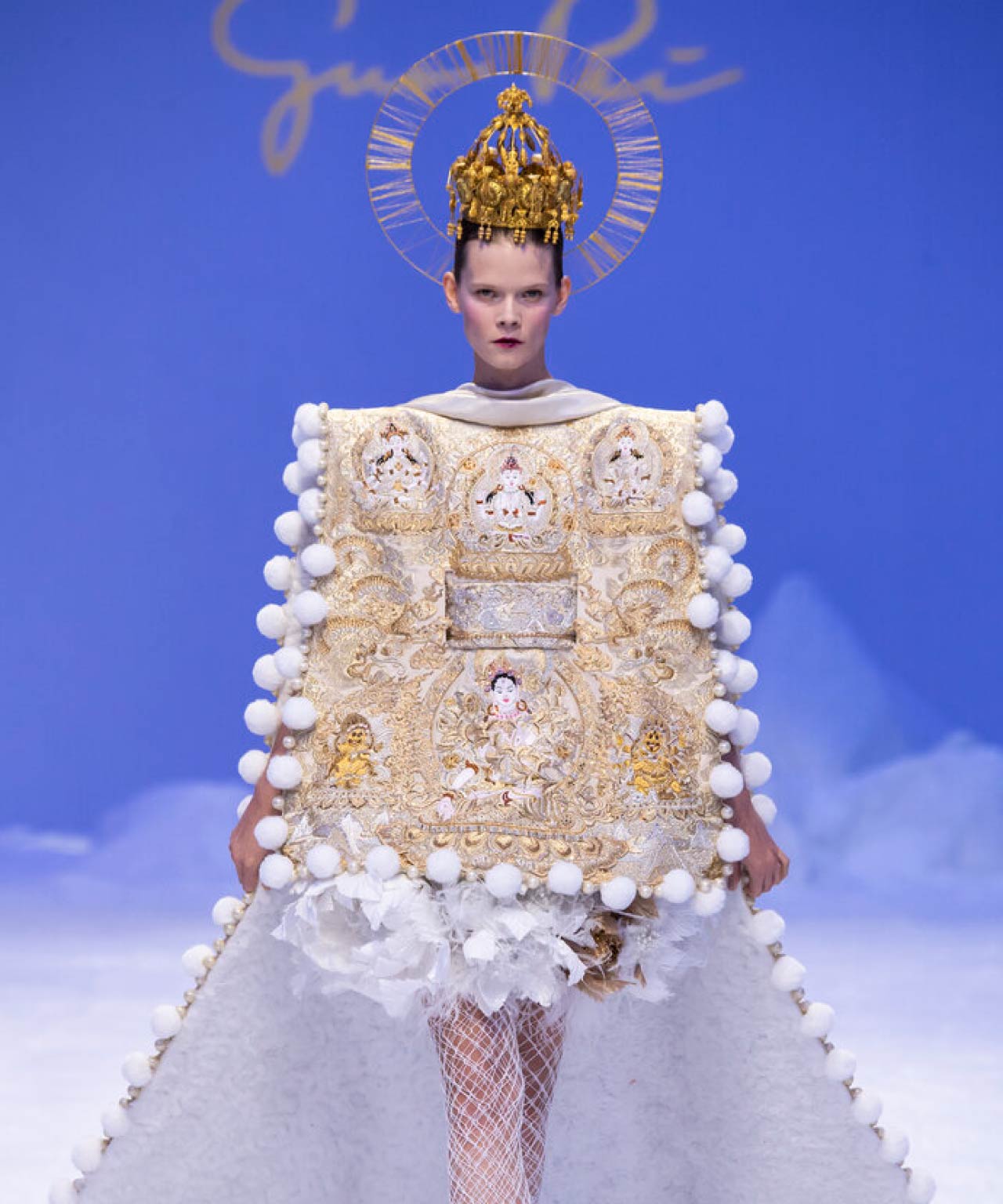 See the full collection and more images of textiles at Guo Pei on GuoPei.com»