Ruffles and Gathering at Simone Rocha

Ruffles and Gathering at Simone Rocha

There are certain construction details that are complementary to each other, echoing each other stylistically to reinforce an idea. One such pairing is that of gathers and ruffles; two techniques which are essentially based on the same process but end up with different names when played out on different lengths of fabric. For the Autumn-Winter 2015 collection at Simone Rocha gathering and ruffles were used to create asymmetric details that swooped across the body. Ruffles were also used as border details to define the shapes of the garments in different ways.

An interesting detail worth noticing was the use of gathering around the tops of sleeves, which were topped with ruffles along the top of the sleeve head. It is unclear how this sleeve is constructed, but it almost appears as though the sleeve fabric was cut with a wide border along the top edge, so that the excess fabric forms a ruffled trim when gathered to form the shaping for the sleeve head. If formed in this way, then it appears as though the sleeve would then be applied on top of the armhole seam, rather than being seamed so that excess fabric turns inwards towards the body.

The proportion of these sleeves is also clever because the dropped sleeve works well to accommodate the added height of the ruffle. For example, if the sleeve seam had sat at the normal position for a set in sleeve, then the ruffle would have also been higher and potentially harder to wear. 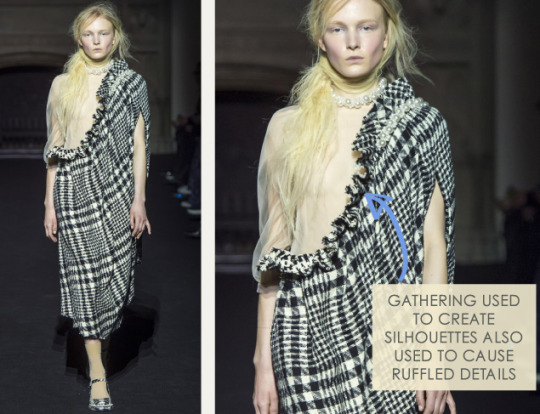 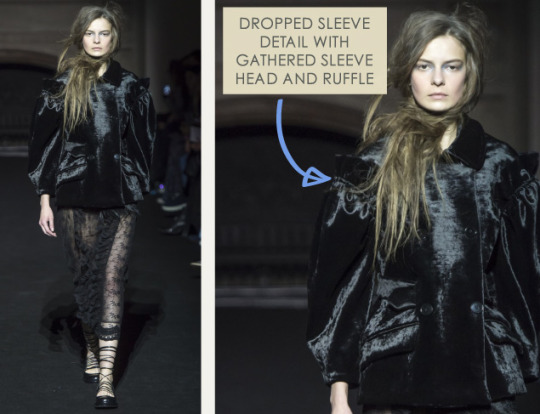 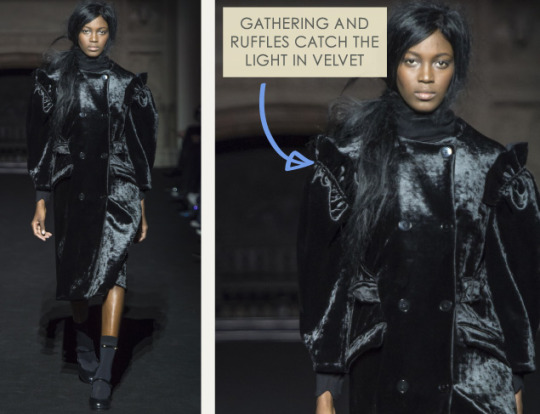 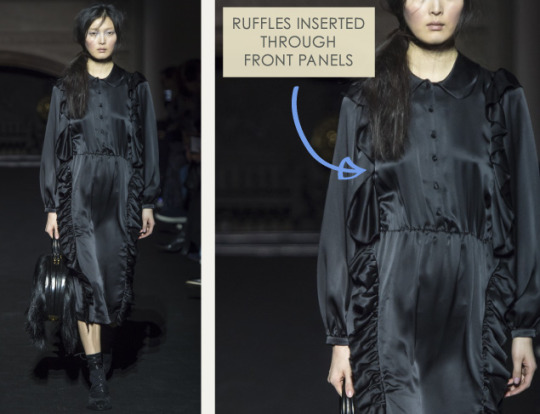 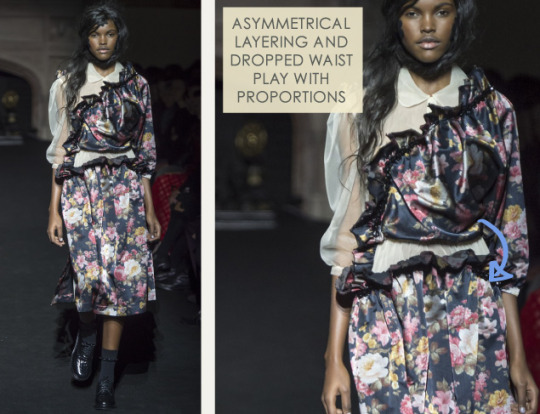 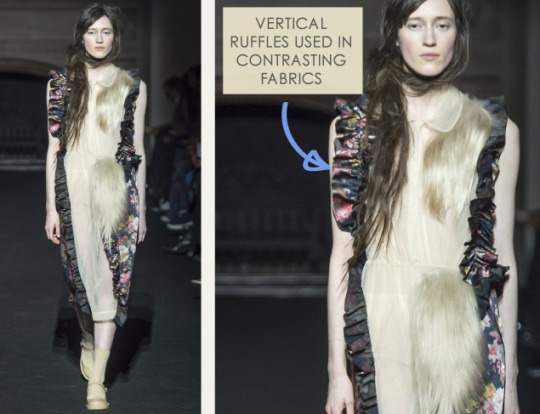 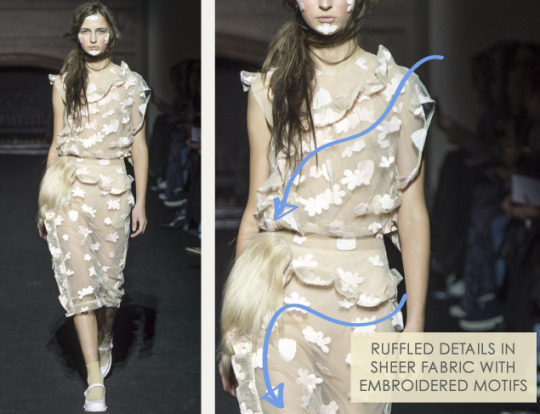 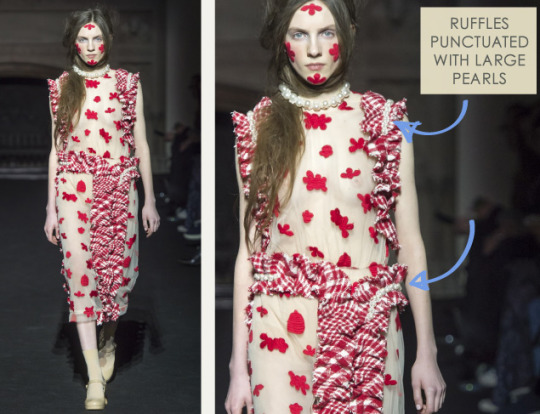 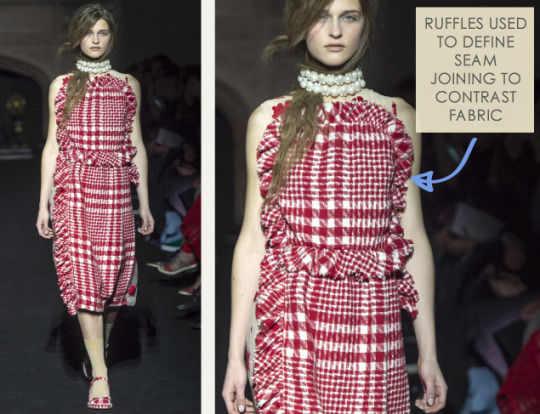 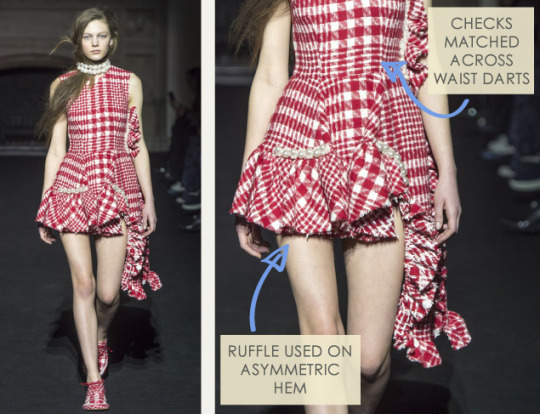 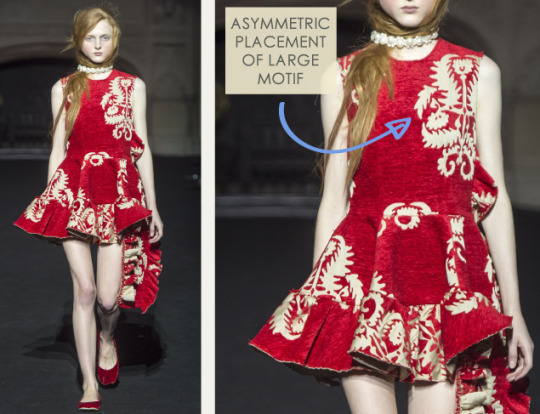 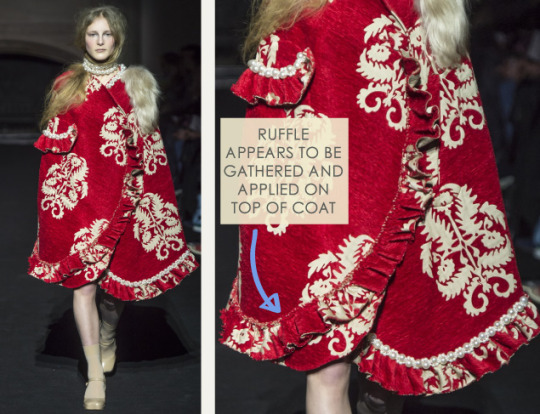