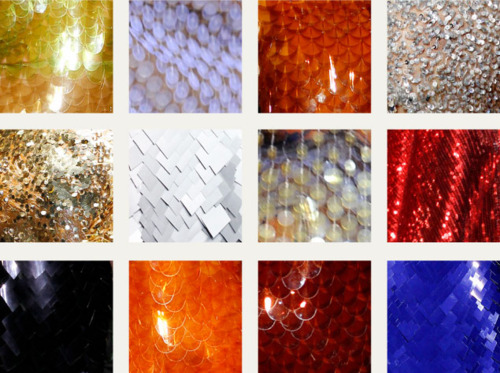 Sometimes even the most beautiful things can end up ruined by overuse. Sequins can conjure up a vision of the most glamourous and labour intensive evening dresses and also evoke memories of bedazzling gone wrong. This season it was nice to see the designers give sequins back a more contemporary edge by pushing their size, shape and use of colour to the extreme.

The trimming has been given a sense of irony by Prada and Louis Vuitton where sequin inspired materials were pushed to a larger size and appeared like giant scales or rectangles, sometimes even mimicking the texture of fur.

At Christopher Kane, they were given a mermaid-like quality through the varying use of size and subtle changes in colour, which gradated from opal tones through to greens, blues and yellows towards the hems of his sheer dresses.

At Rodarte, they were used with subtlety as an underlayer of a skirt but were also used in a more traditional way to remind us of Dorothy’s ruby slippers. And at Comme des Garçons tiny gold sequin discs were plastered all over the hair of the models as a hint of the golden finale which ended the show. 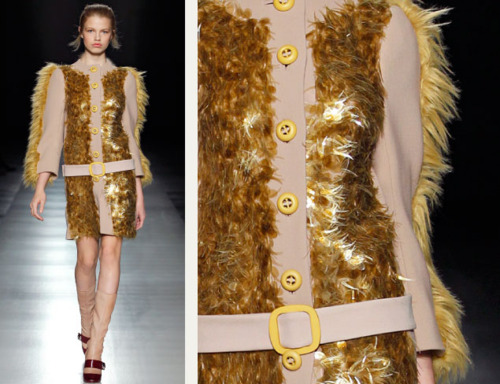 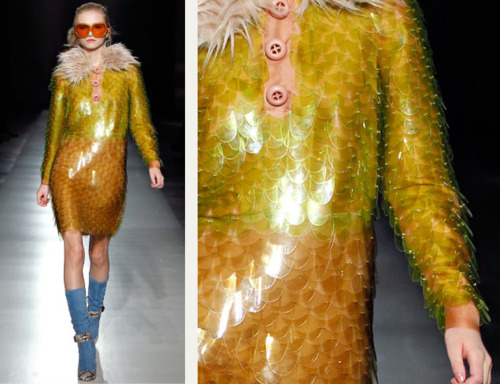 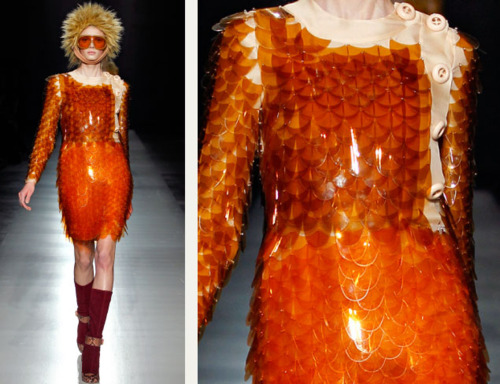 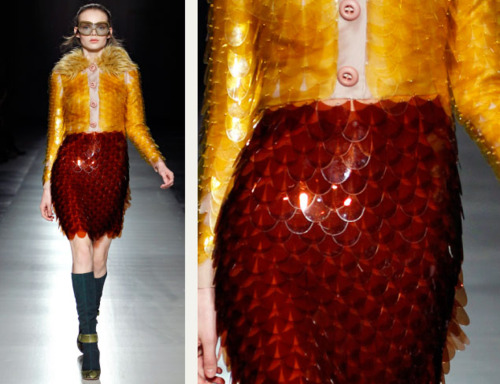 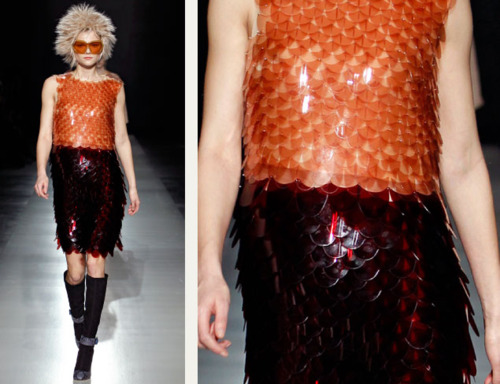 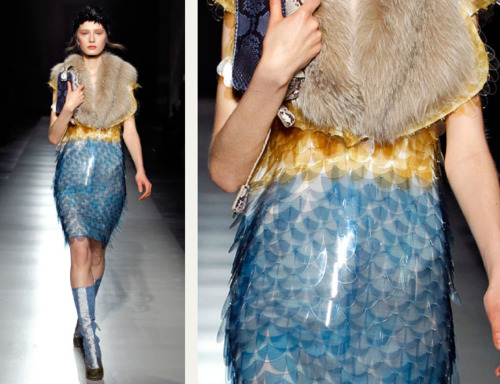 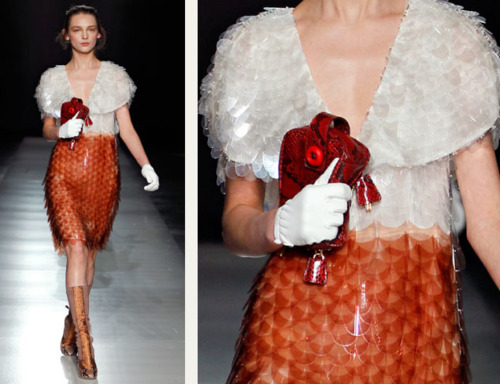 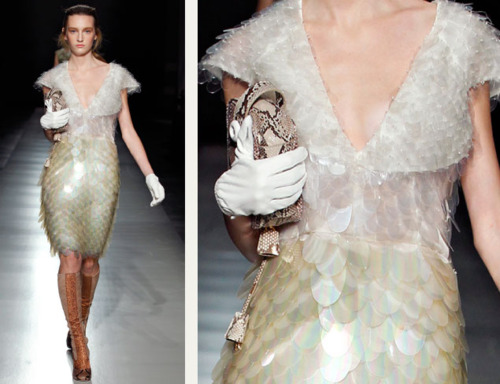 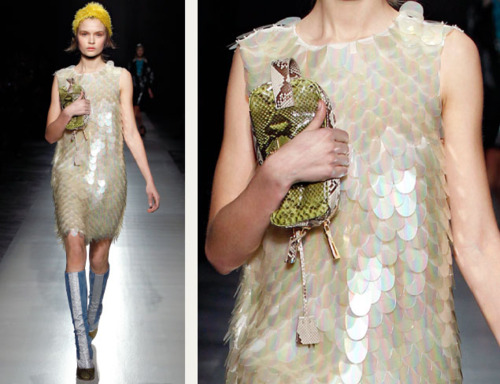 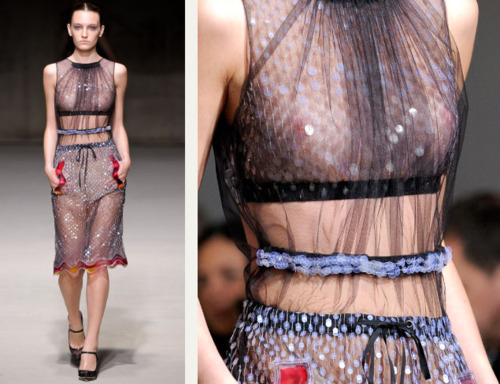 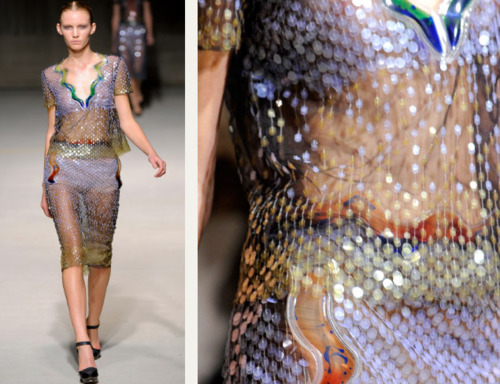 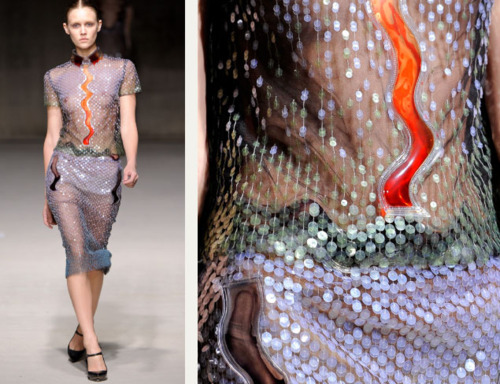 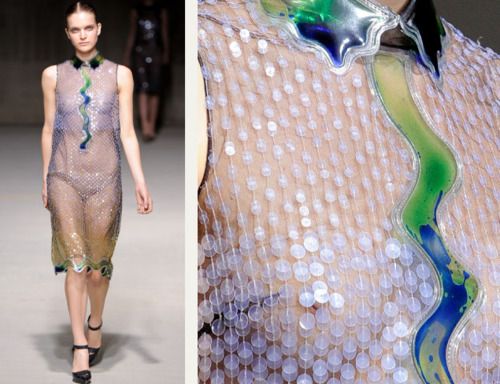 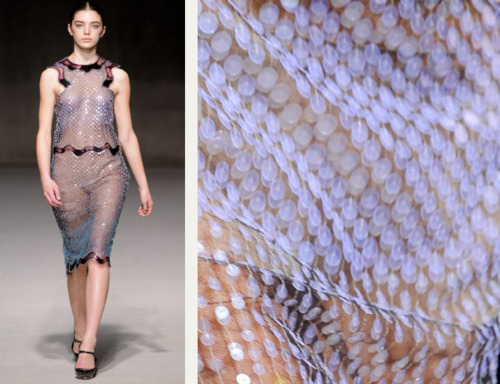 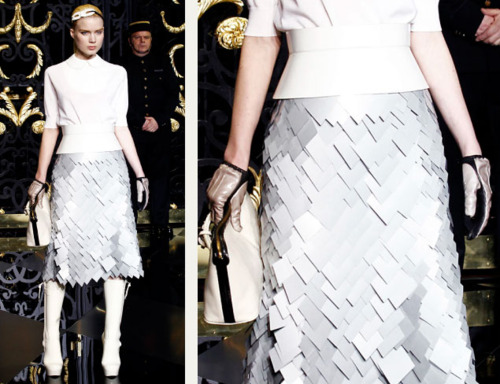 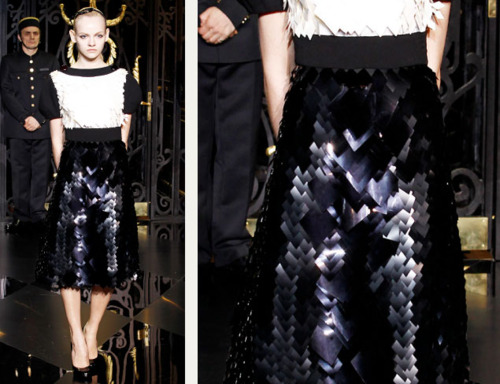 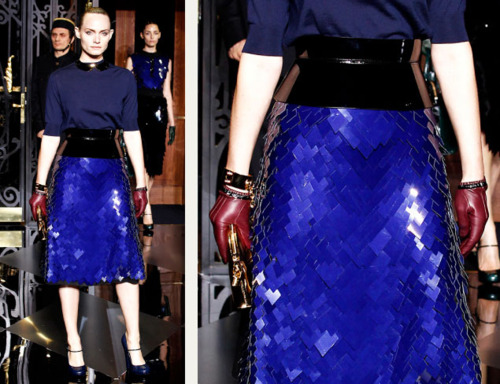 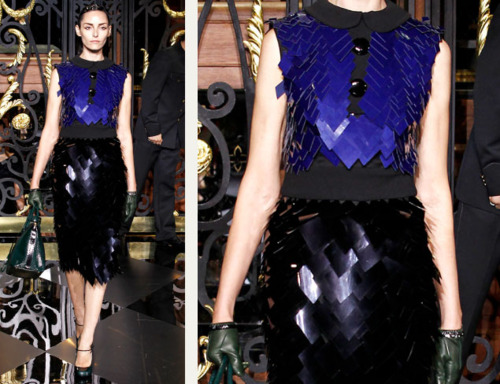 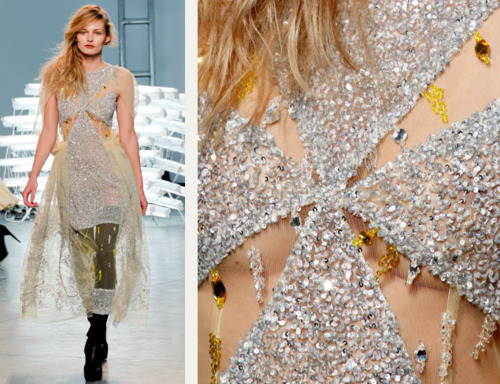 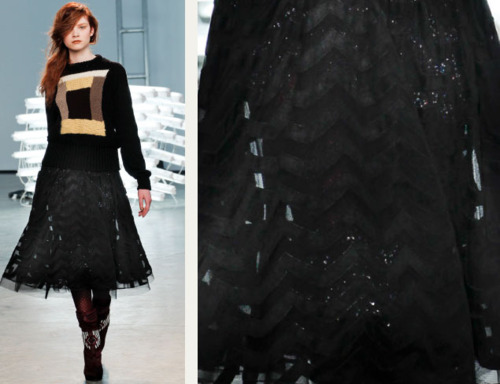 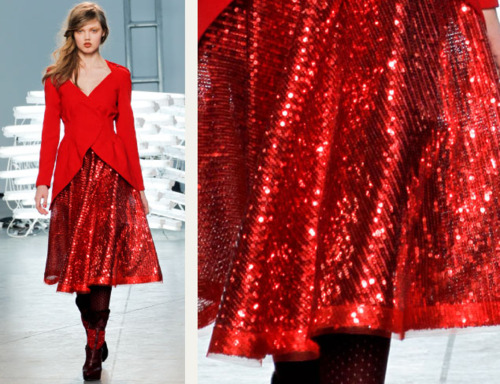 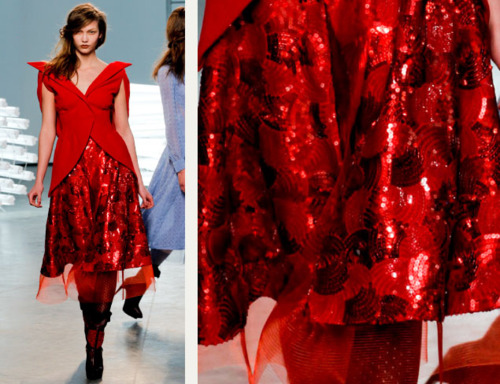 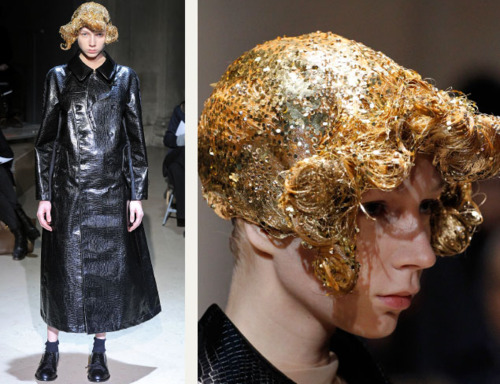 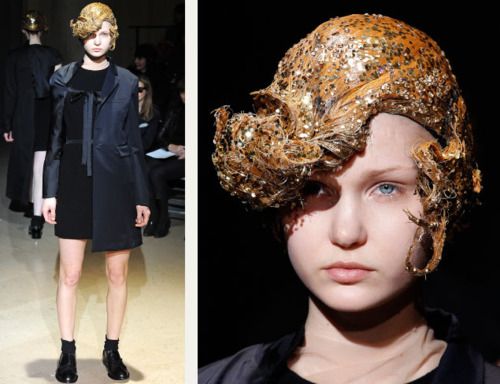 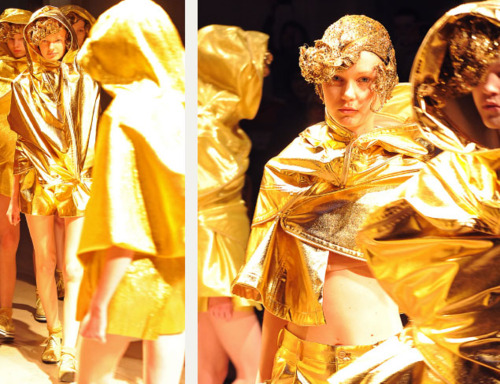