The Autumn-Winter 2015 collection at Proenza Schouler featured experimentation with fabrics and trims to create layers of texture within the garments. Two main experiments with volume were also at play from a pattern cutting perspective; at times the fabric was spliced and slit open, while at other times the fabric was extended out in sections to create panels that peeled back or could be tied together.

The splicing often happened on knit fabrics, with slits opening up the garments horizontally around the body. These garments appear to have been created with cut-and-sew knits or jerseys, rather than as fully-fashioned knitwear pieces. These pieces were often cleverly styled with stockings so that the gaps in the dresses opened up to reveal the holey stockings underneath. In terms of design lines, the garments with the horizontal splits often featured other strong horizontal design elements, such as the wide bands that were used around the shoulders on some garments to create an off-the-shoulder silhouette.

In terms of places where the fabric was extended rather than spliced, there were a couple of coats that appear to have been cut from a thick felt material. These coats each had two long extensions built into their front panels so that the panels draped back on themselves. This created a tailored effect with more movement than a traditional lapel or storm flap. It appears as though this felt may have been backed with a slightly more rigid material, or possibly fused for support, and this helped to create the crisp lines of the extensions without the need for bagged out edges.

One other point worth noticing was the use of panel lines as a channel to insert contrast trims into a garment. A few of the garments in the Proenza Schouler collection used V-shaped panels to add trims such as fringing and fur to dresses. This may be a technique that you could adopt for your own designs, rather than using trims only around the edges of garments or as an appliqué. 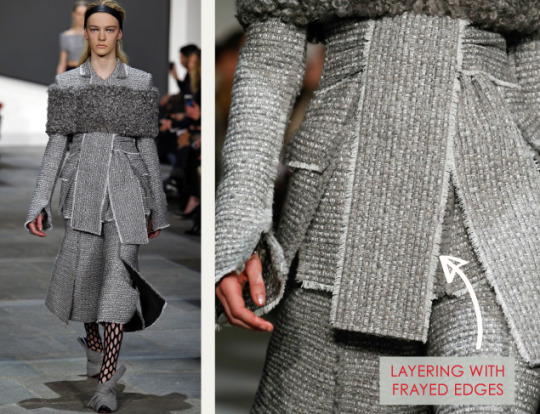 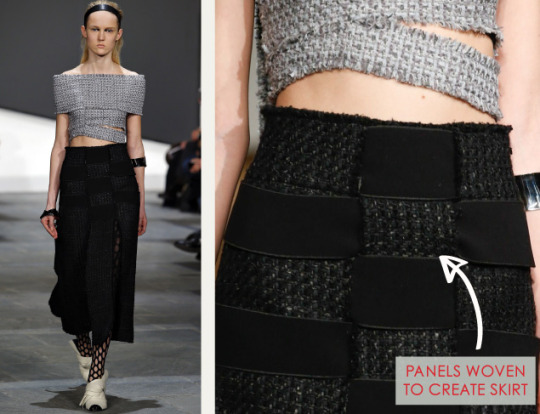 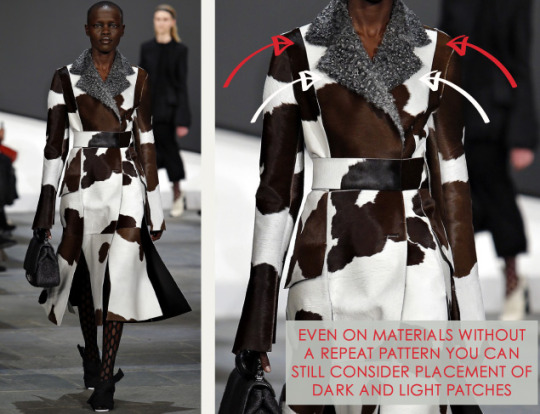 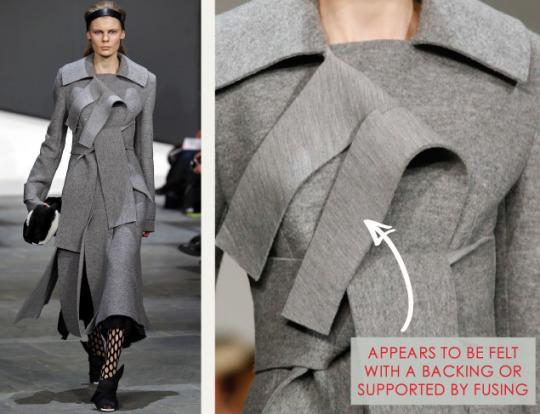 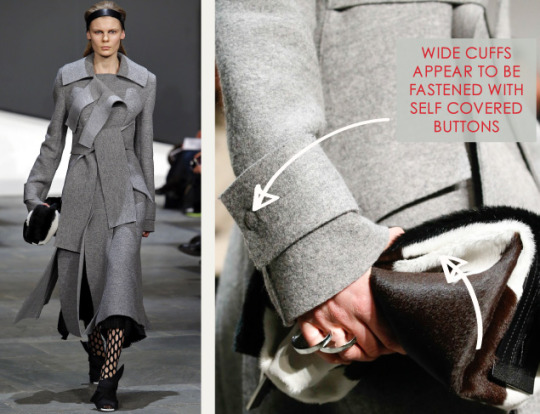 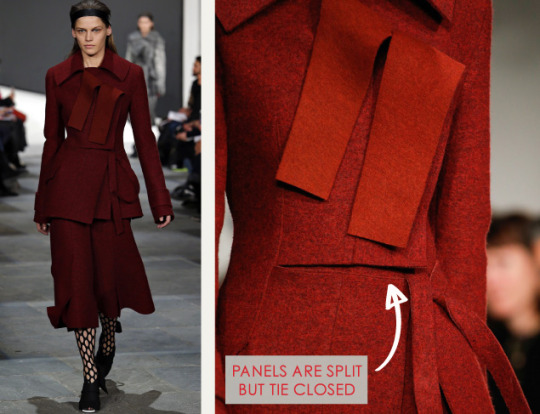 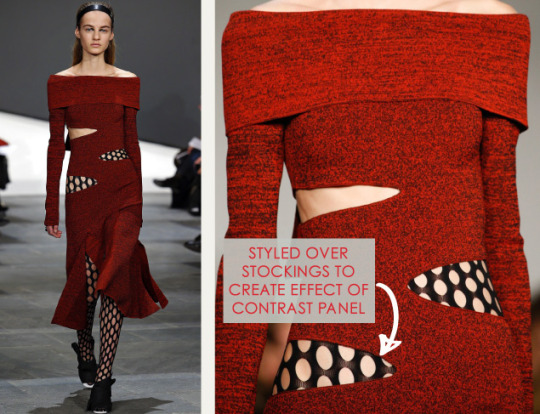 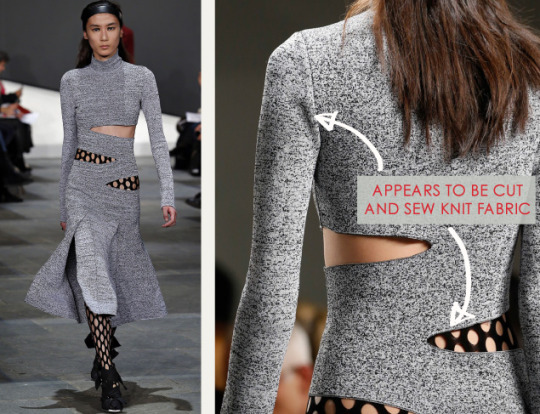 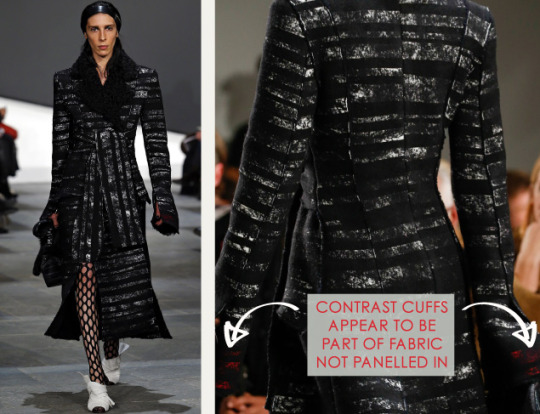 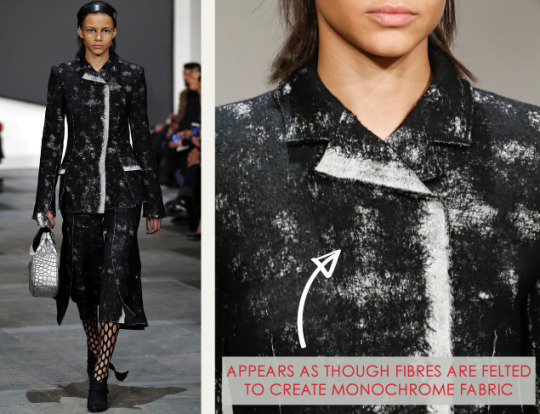 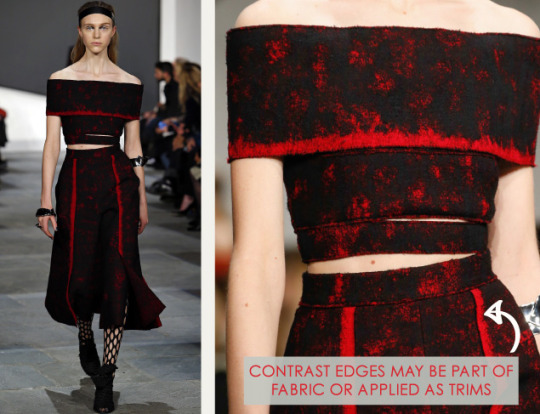 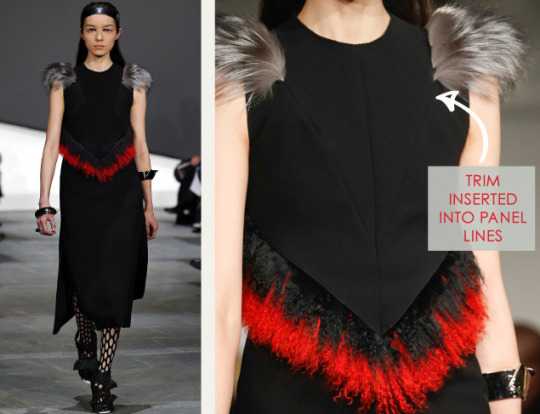 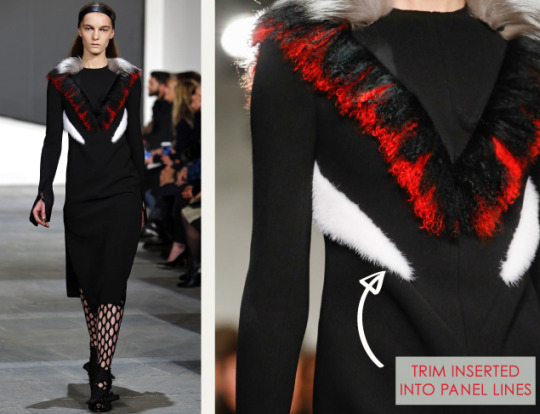 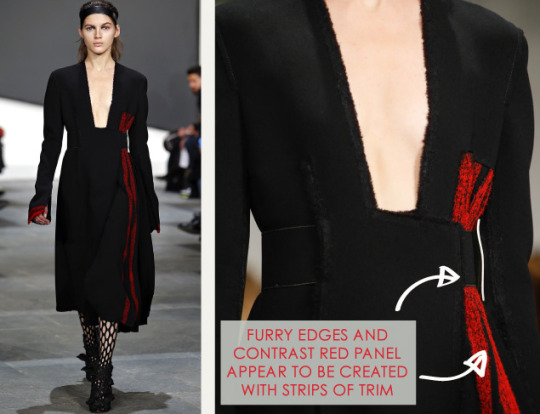 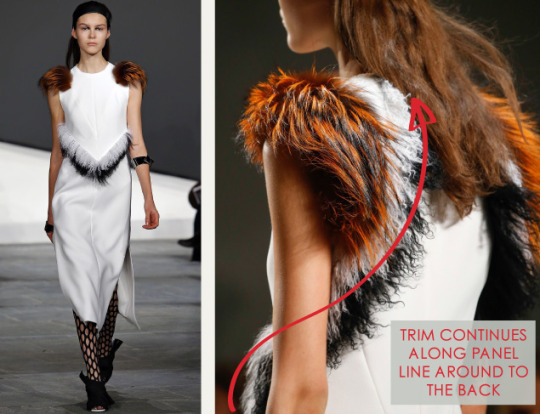 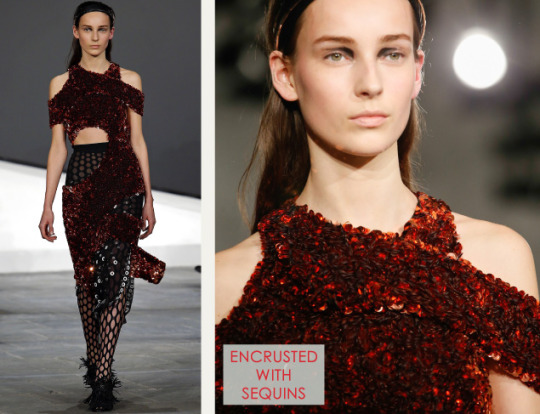 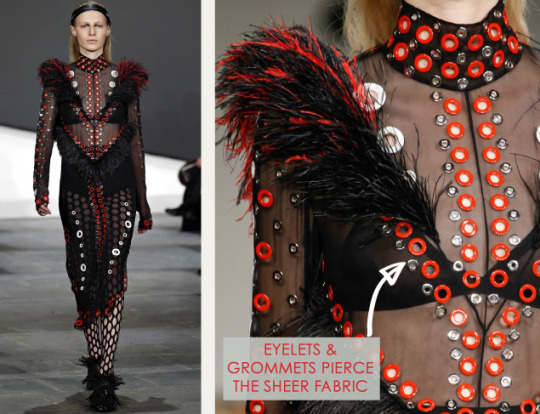 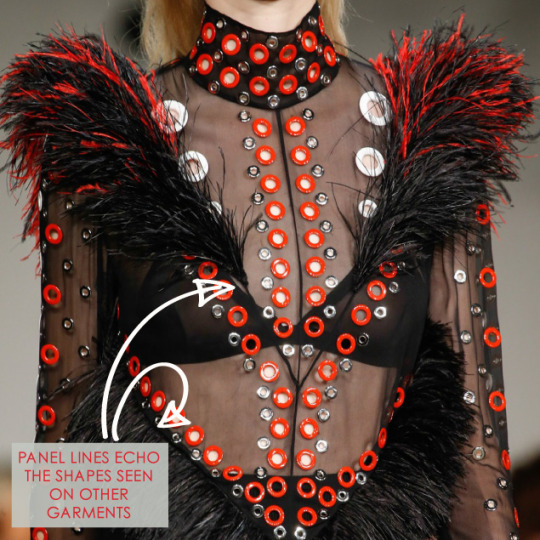