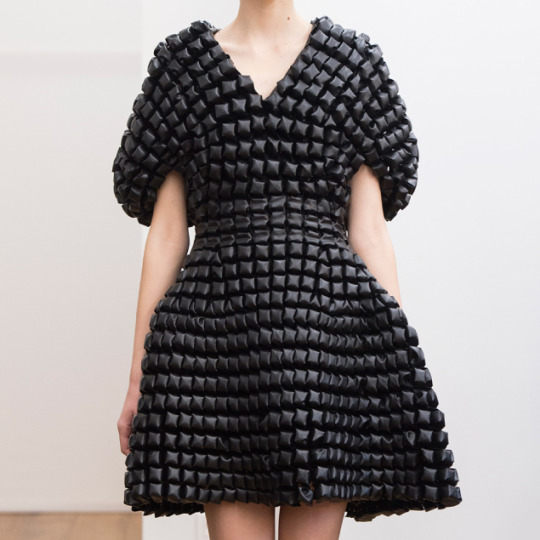 It comes as no surprise that someone who used to be a pattern cutter at Comme des Garçons would produce intricately designed garments, however, based on the collection shown for Autumn-Winter 2015, it is also clear that Kei Ninomiya has a particular flair for ingenious modular patterns and contemporary updates of smocking and macramé. 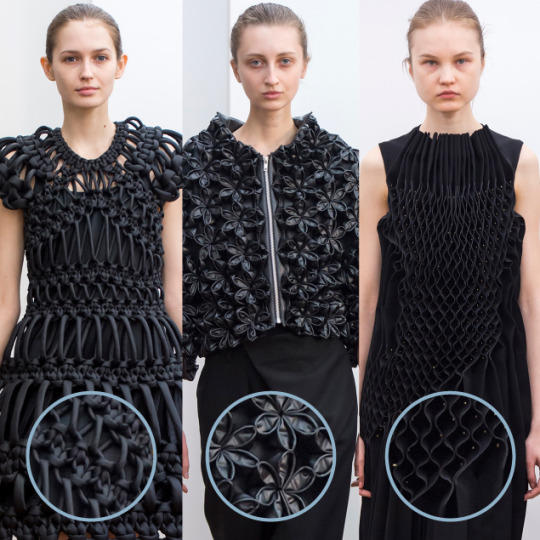 Much of the collection appeared to be centred around the idea of repetition, with cleverly formed shapes acting as individual units that were repeated out to cover the whole body. Each of these units was created using different techniques with sections of fabric folded, looped, tucked and puffed to create unusual shapes like small pillows or floral motifs.

At times, it appeared as though padded fabric tubes of different thicknesses were looped and knotted using techniques similar to macramé in order to form complex patterns on vests and dresses. In another garment, fabric blended out of the folds of accordion pleats and into wavy patterns created through smocking. These smocked sections of fabric appear to be held in place with small metal rivets rather than stitching, and on close inspection, it appears as though the fabric has been sliced along the fold to create fabric strips for smocking and perhaps also to aid in fitting the garment to the body of the wearer through the bust area.

The metal rivets also appeared on other garments, and at one point they were used to create circular patterns across a quilted cape. A relatively simple duffle coat was also embellished with hardware and tiny eyelets and small metal rings were carefully spaced to form borders around toggles and patch pockets. 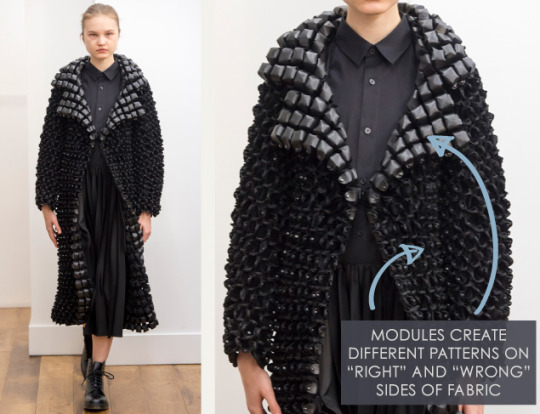 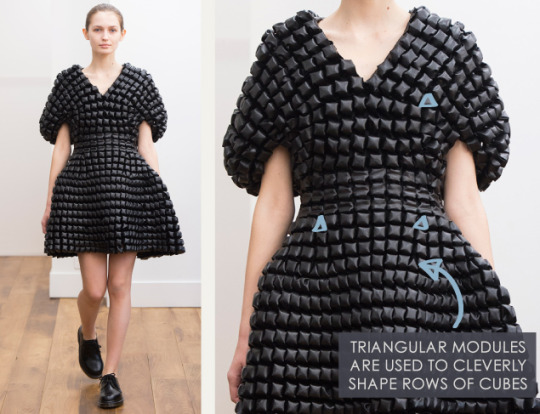 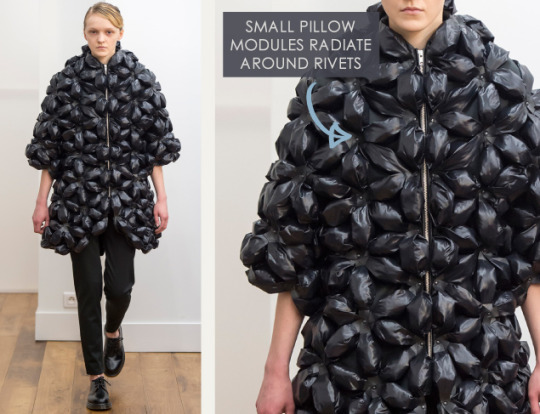 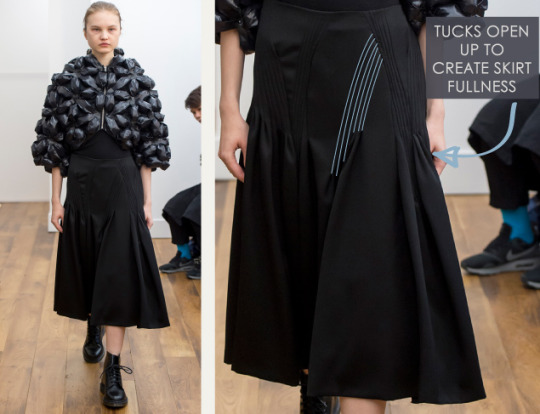 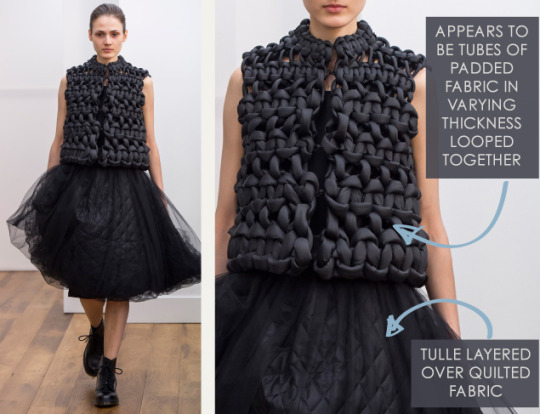 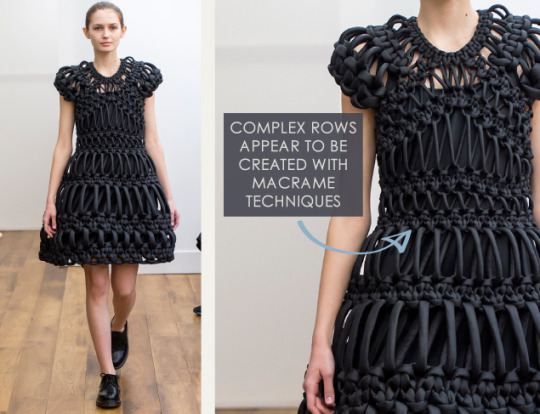 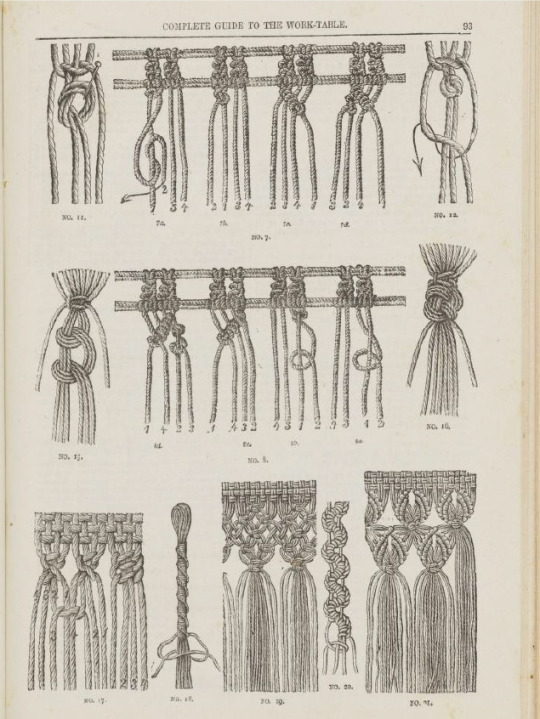 Macramé examples from Complete Guide to the Work-Table» via Internet Archive. 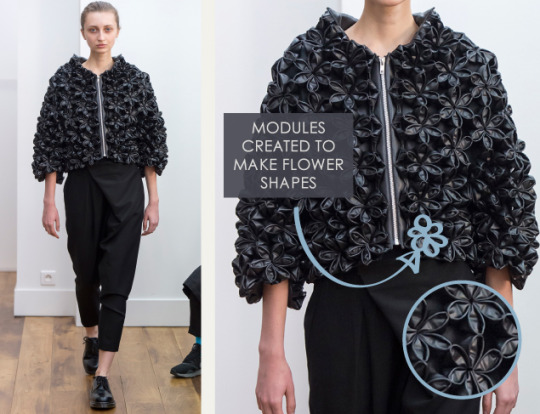 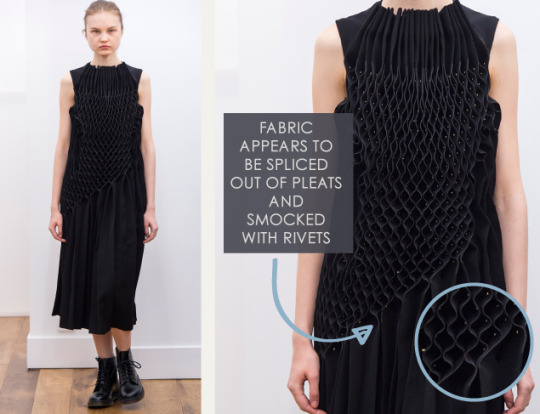 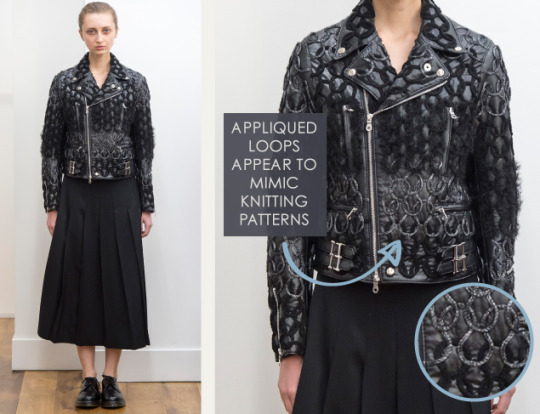 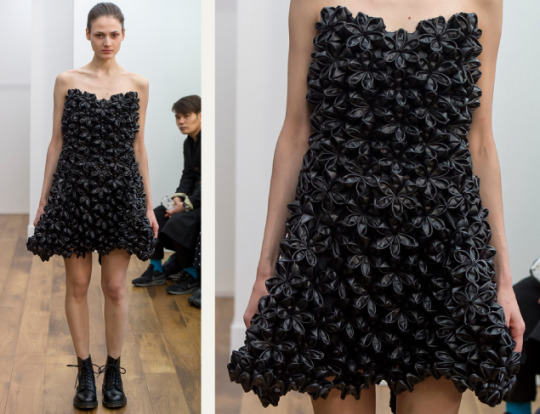 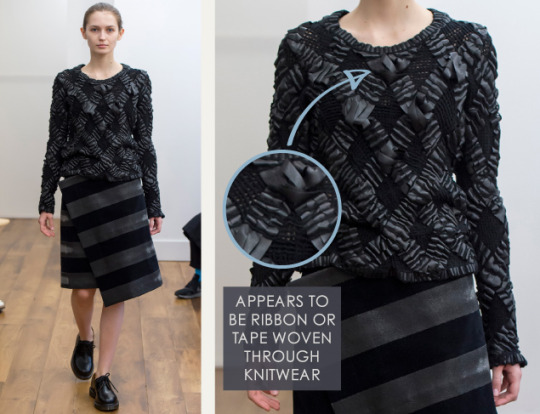 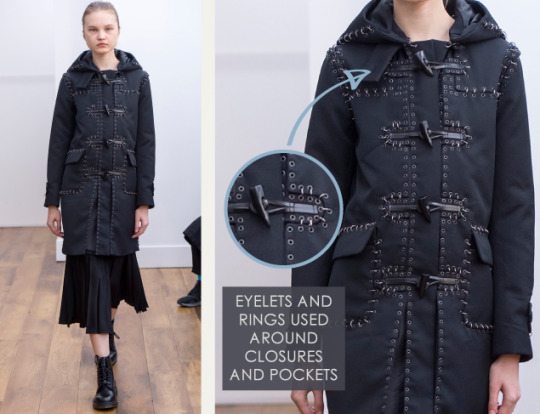 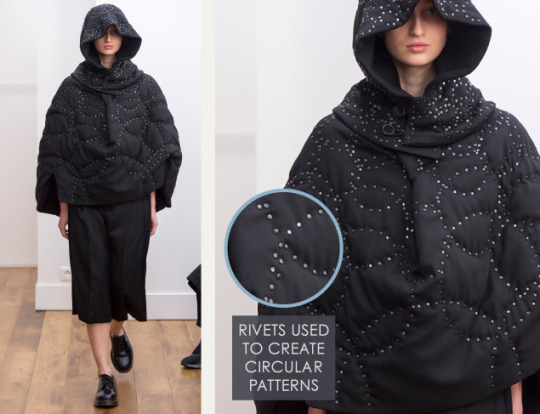