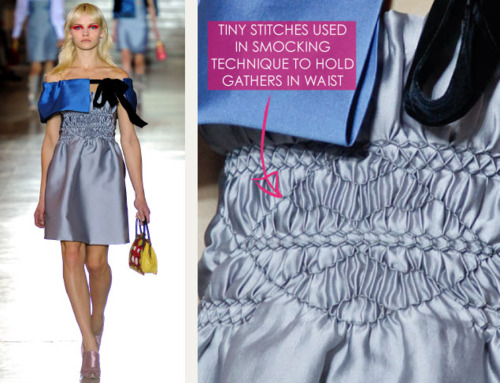 In the past few seasons there have been some great examples of designers taking fairly old-fashioned and dated techniques and using them in the context of more contemporary collections.

In the recent Spring-Summer 2012 collection for Miu Miu Miuccia Prada has reworked the smocking technique on cotton and satin dresses and capes and even extended the technique into the embellishment on hand bags.

The basic aesthetic of smocking may look familiar for its application on babies garments or on the traditional workers smocks that were the original application of the technique. Smocking would have been most important at a time before elastic, to allow fabric to be gathered and fitted around necklines and cuffs.

The process for smocking is based on a grid formation that is usually marked first on the fabric with small dots. These are then joined together with a loose running stitch and pulled to create tubes of regular gathers in the fabric. From there the true design takes place as the shape of the smocking design is sewn using small back stitches to create horizontal lines, or diamond shapes. Once the original running stitches are removed fabric in the gaps between the stitching will open out, whilst the stitched fabric will retain the shape of the design. 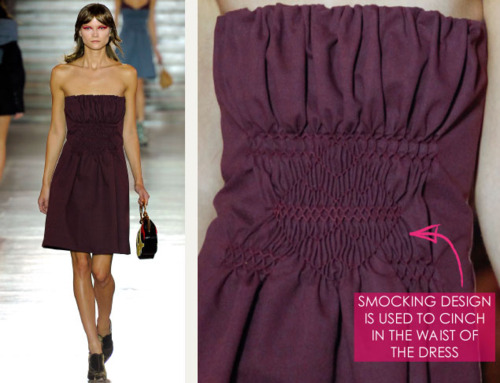 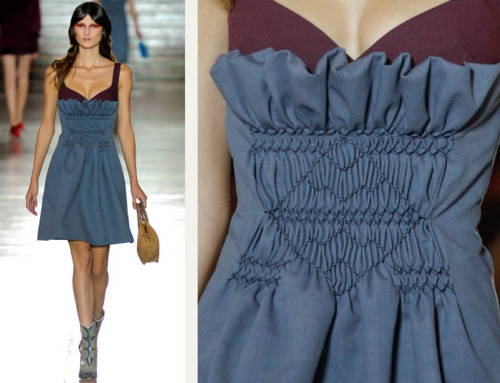 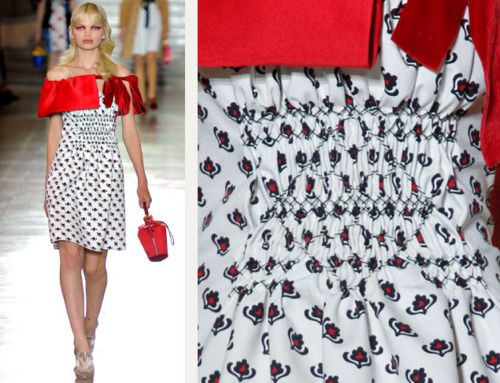 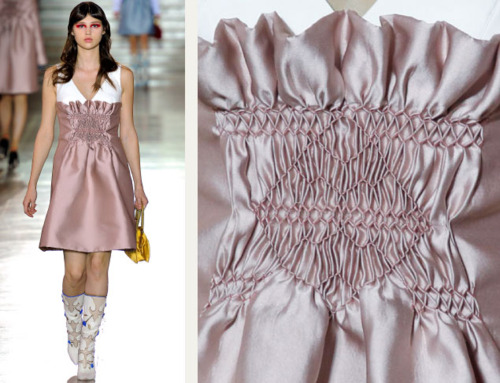 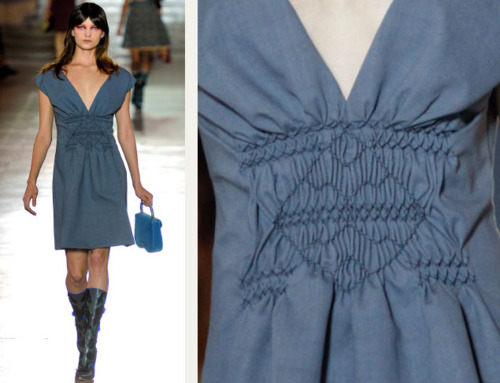 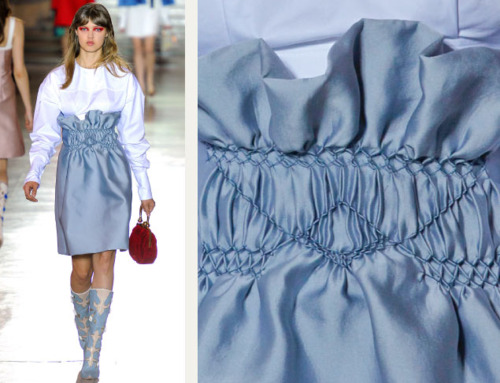 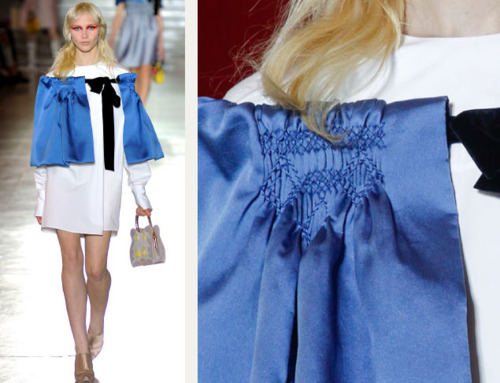 The accessories below show the use of smocking in velvets and satins, and in general smocking will work best in sturdy fabrics that will pleat easily into regular gathers. It is best to try small swatches of fabric first o see if your chosen fabric is suitable for smocking as some fabrics may be too slippery to easily hold the technique. 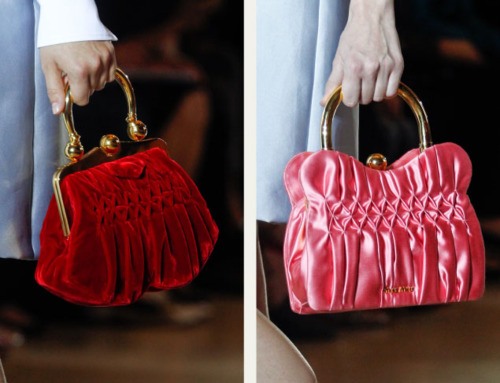 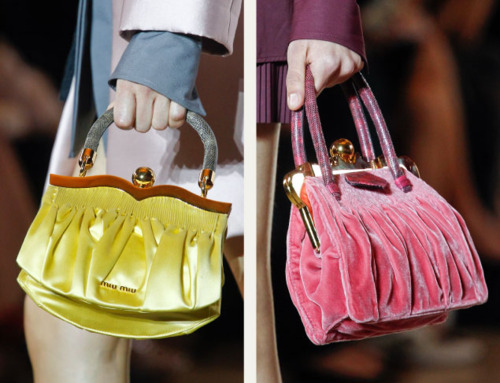 The image below shows a diagram from ChestofBooks.com» that shows the different stitches for smocking more clearly: 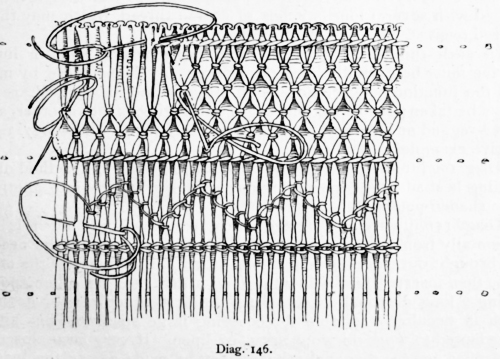 Below is a list of the basic stitches used to create smocking designs to match the letters on the photograph below. You can find this list and more information on the Wikipedia» page for smocking: 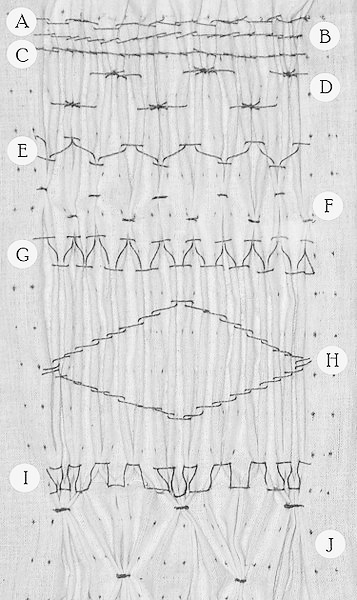 You can also view some different variations of Contemporary Smocking Techniques» by following the link, which includes a group of free smocking tutorials.