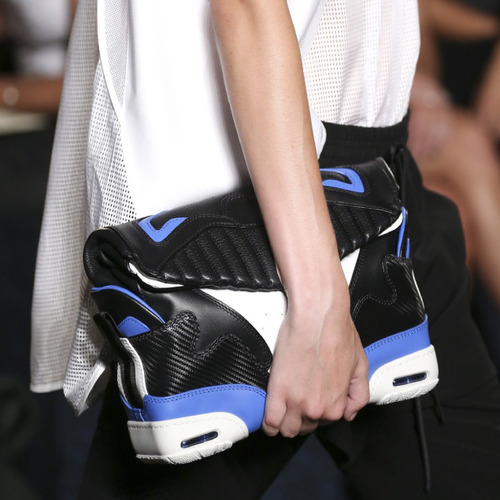 Some of the best designers can get amazing mileage out of even the simplest of references. For the Spring-Summer 2015 collection at Alexander Wang all of the innovation pivoted around sneakers. Aside from the more literal sneaker references, which included trainers morphed into handbags or shoe lace plackets, the collection included well cut tailoring, layered panelling and perforated fabric with pleating that would make Madame Grès proud.

Much of the collection had clear links to the fabrics and materials that are used to make sneakers, with a moulded dress resembling the soles of shoes, or a top with a crackled print picking up on the crackled leather effect sometimes used on sneakers. In the same way that sneakers tend to combine an array of different materials into the one design, many of the clothes in the collection also used organically shaped panels to layer and contrast materials for different effects. A notable example was the use of different leathers, or possibly vinyls, that were topstitched together to create bodices like armour. In one case this also included strips of patent leather that appeared to be topstitched onto a matt backing leather to create a ribbed effect.

Fabrics that we associate with sportswear in general were also used, with garments panelled with mesh and perforated fabrics in varying size scales. The perforated look of these fabrics was also carried through into carefully panelled knitwear that followed the lines of the body. The use of different size scales was perhaps most apparent in the section of white garments that played on the white and green used for tennis shoes where there was an interplay between air holes and eyelets, and fully-fashioned knitwear was layered with aerated leather. 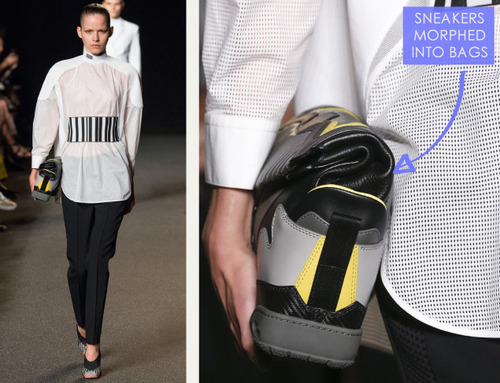 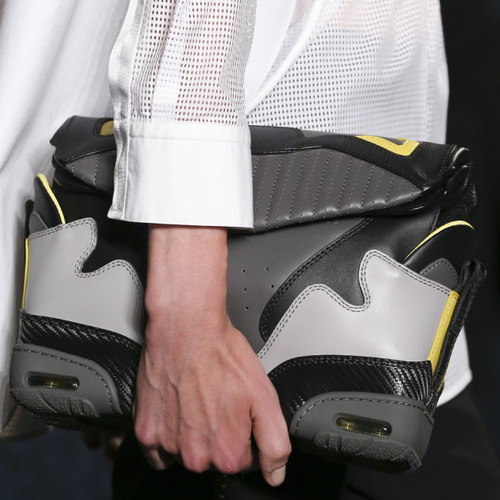 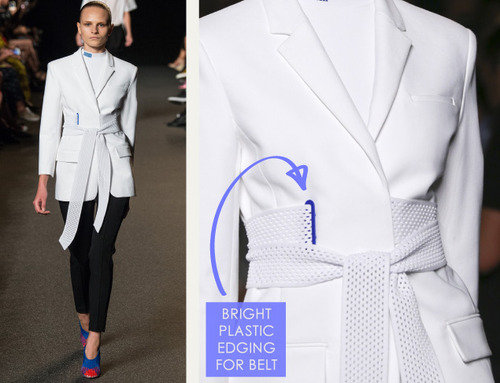 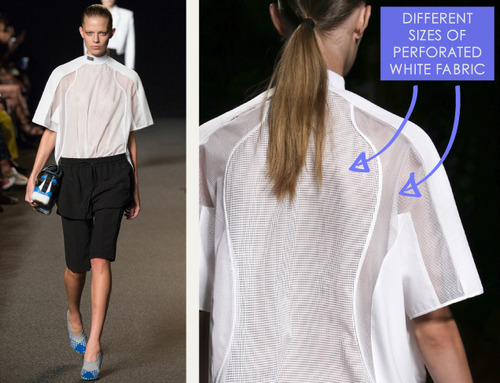 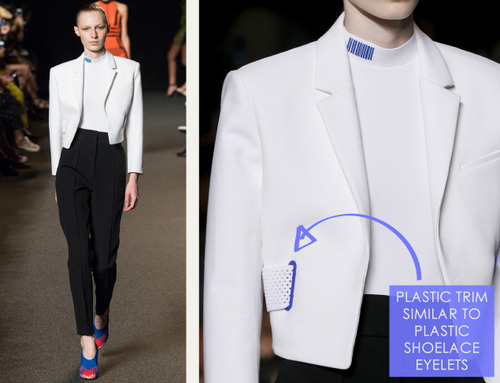 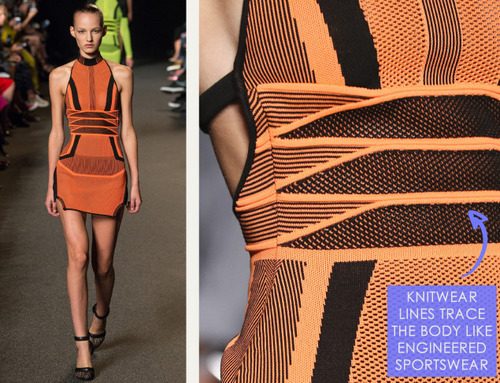 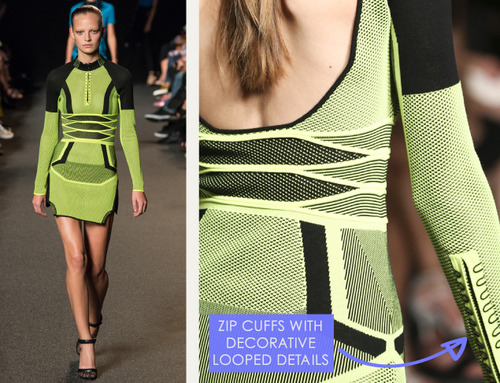 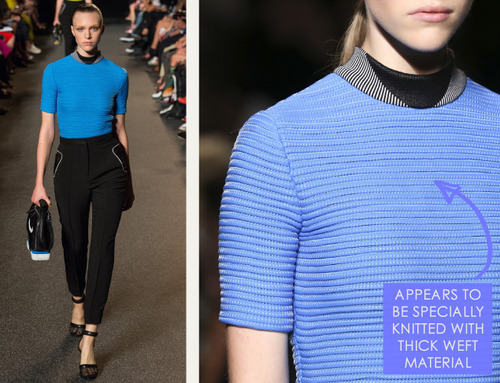 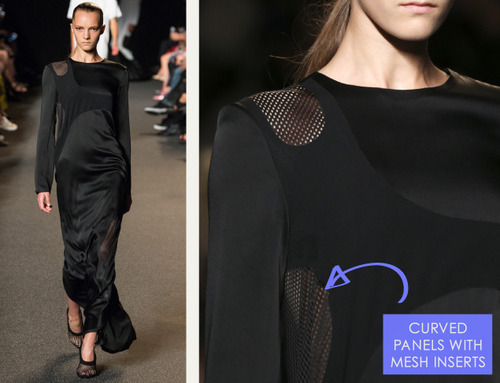 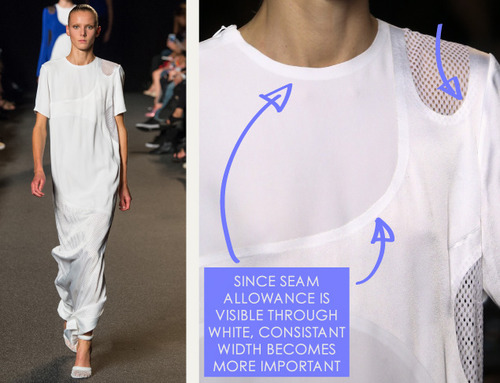 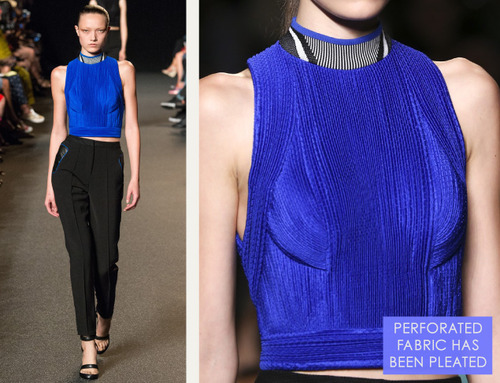 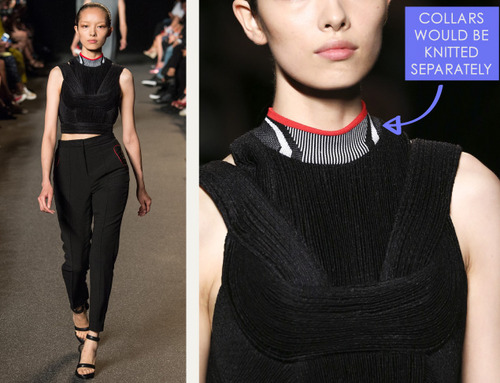 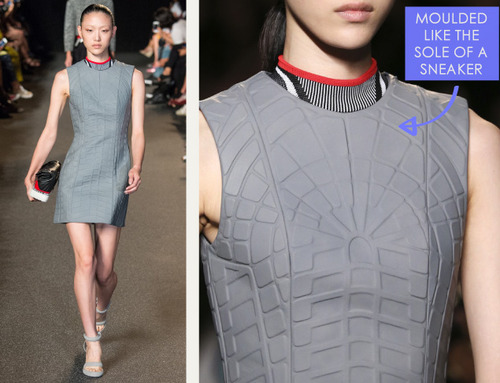 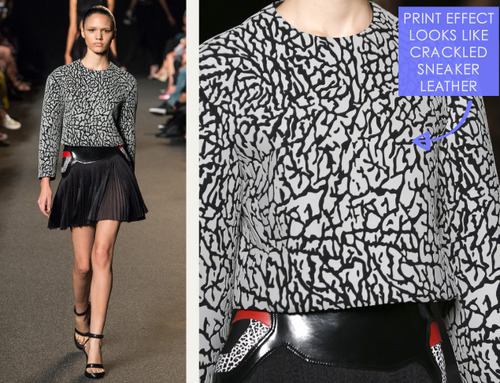 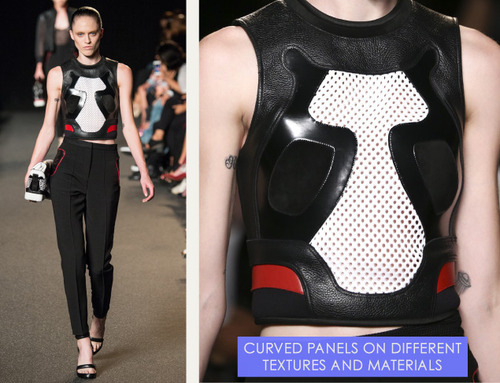 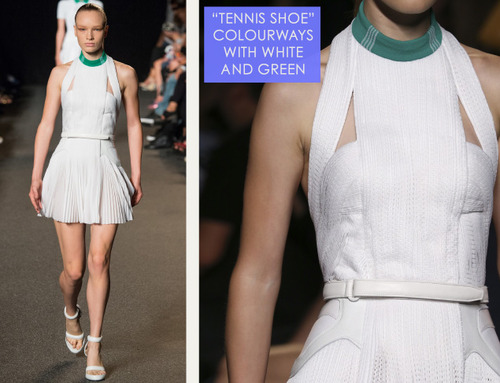 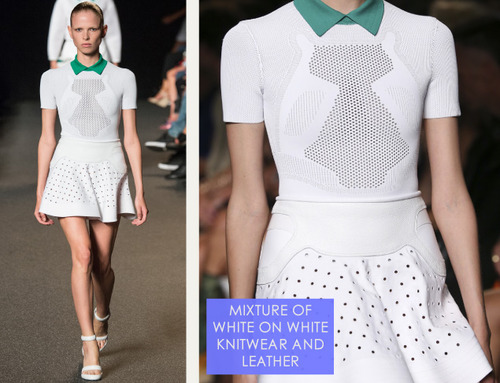 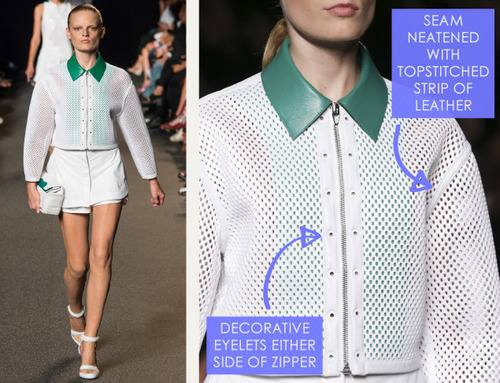 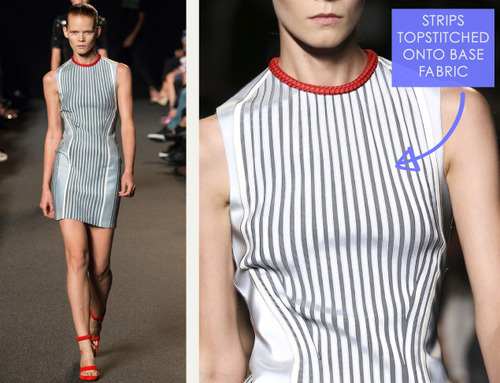 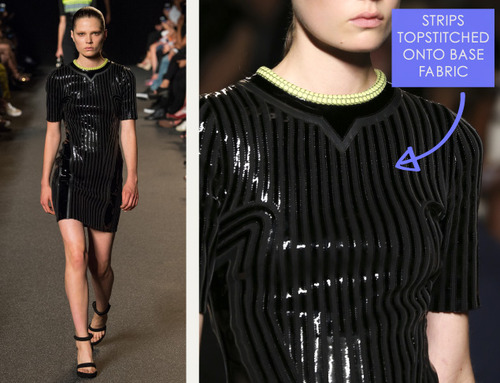 The way that the collection avoided looking too casual was in the silhouettes. Many of the garments were pared with high waisted, tailored trousers with the occasional appearance of cropped tuxedo jacket or an evening dress silhouette. The use of bright colours was also often pared back with black and impeccably finished; there was none of the overlocking or contrast coverstitching that you may see used in everyday sportswear.

One last fabric detail to note was the use of perforated fabric, which was pleated and draped in a very couture fashion to create sculpted dresses. Even raglan sleeve sportswear jackets that appeared to be panelled with a gradient print that looked like an 80s tracksuit throwback were actually also panelled with intricately pleated fabric. 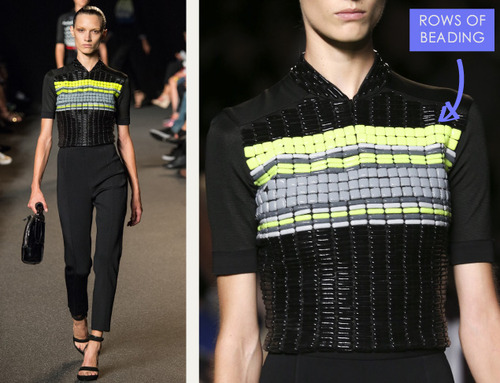 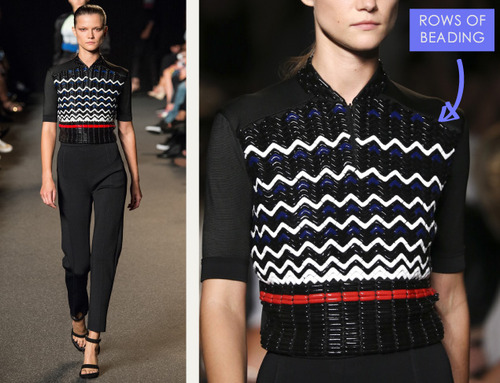 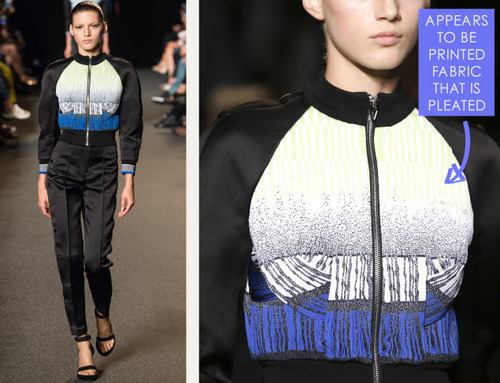 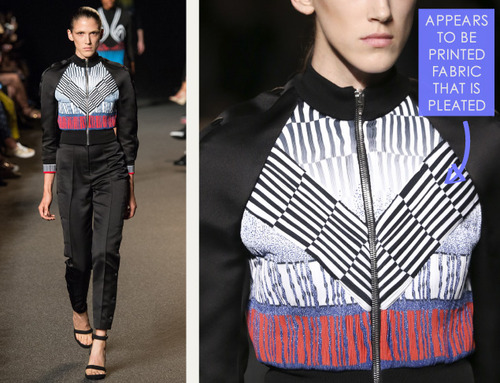 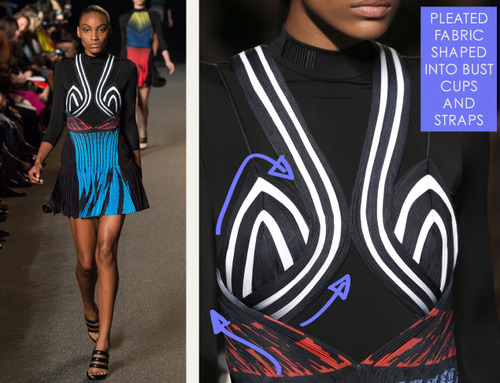 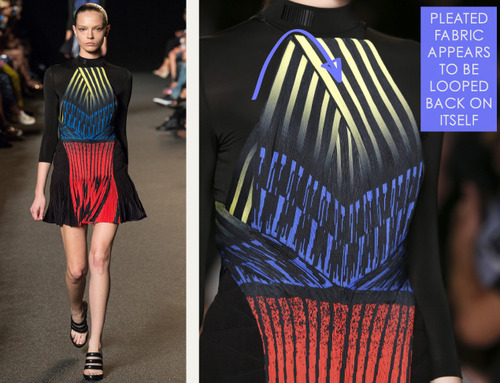