For the Autumn-Winter 2015 collection, Miuccia Prada played with cartoonish silhouettes in a spongy synthetic, which looked like a neoprene material but was actually a double-faced jersey. This material appeared to be the pivot point for experiments with how we construct “beauty”, whether by natural or artificial means. The result of this natural / artificial contrast appeared to be referenced through rounded tailoring in fleshy textures that played against the cool blues, greens and vivid aquas that appeared in blobby molecular prints.

A new and thicker fabric brings new capabilities and new limitations. The double-faced jersey created collars and sleeve heads that appeared fuller, smoother and more rounded. If normal wool-based tailoring can suffer from unsightly cellulite, then this was the material equivalent of botox. Where sharper edges were needed, wide borders of topstitching controlled the seam allowances to create more controlled lines on collars, lapels, facings and patch pockets.

This material was also used in conjunction with more traditional embellishment techniques such as beading and embroidery. In some cases, the thick jersey was used to create 3D flowers and appliquéd designs. At times, wide panels of contrasting colours were panelled onto babydoll dresses with what appears to be a zigzag stitch, or may be a handsewn catch stitch. 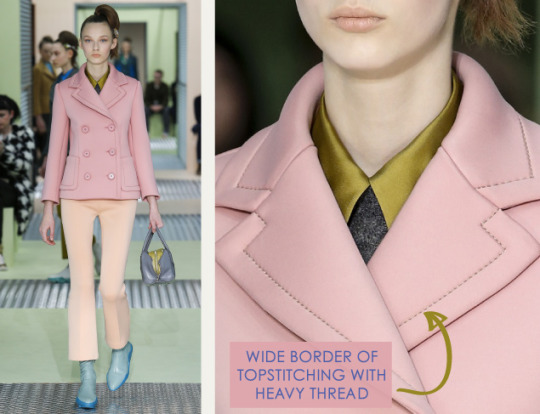 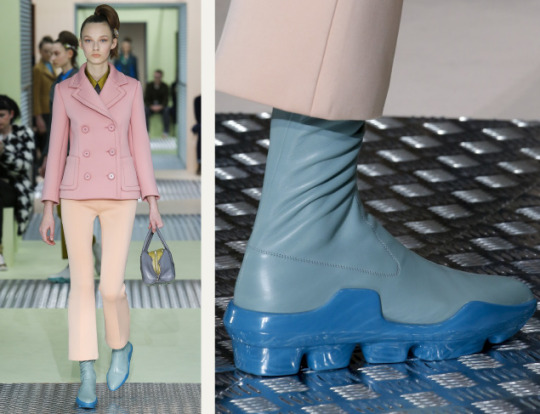 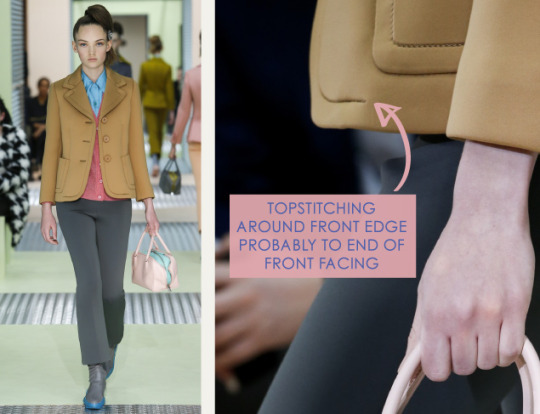 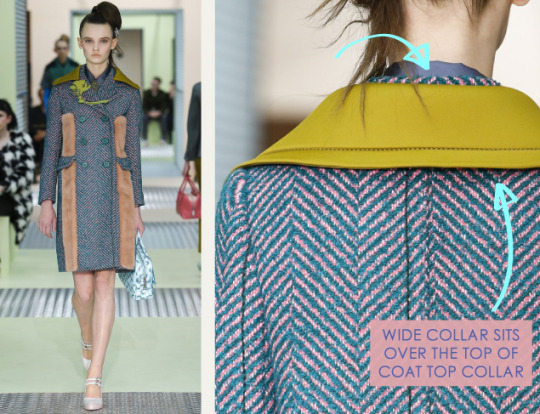 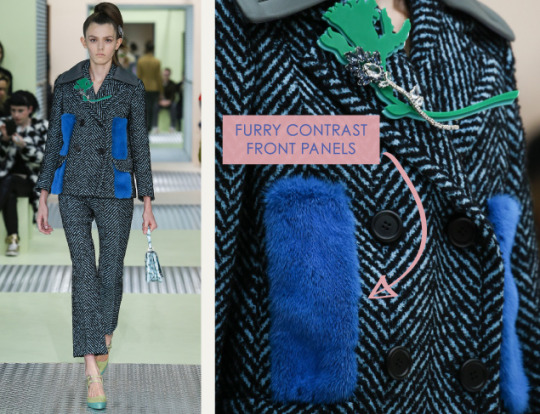 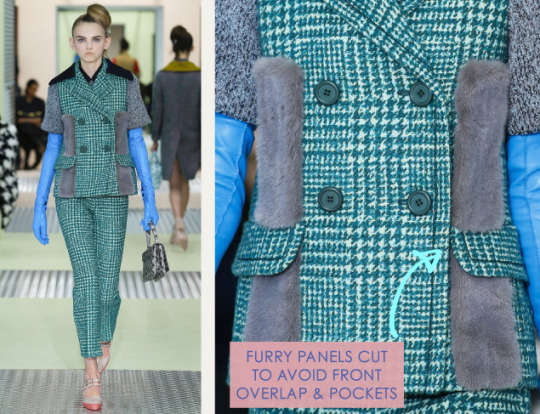 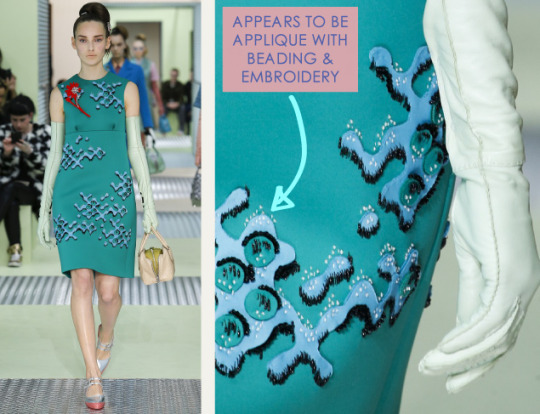 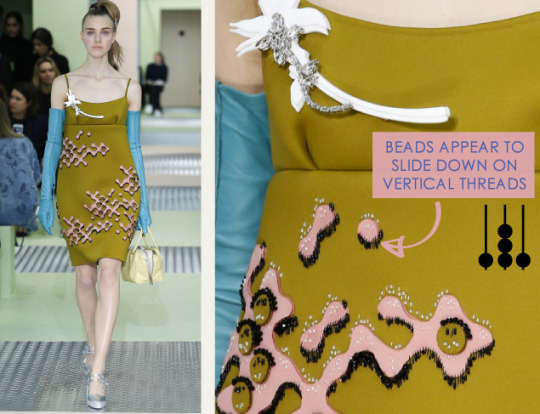 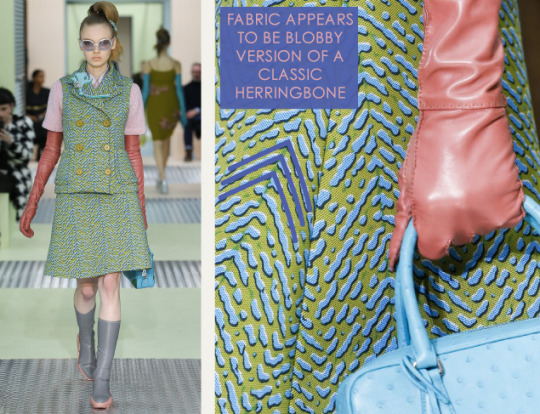 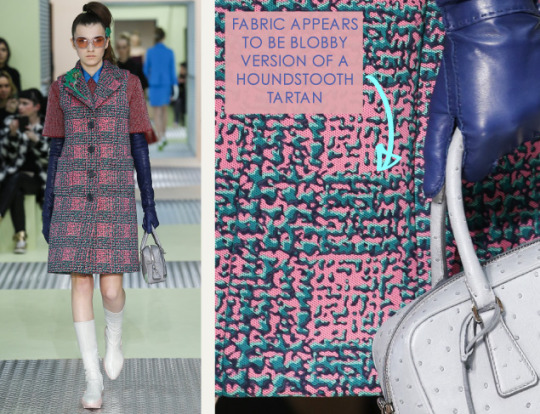 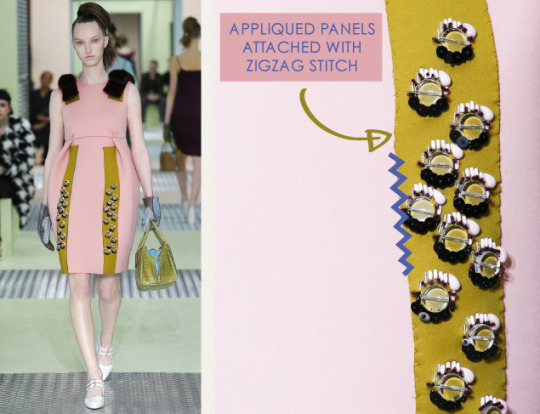 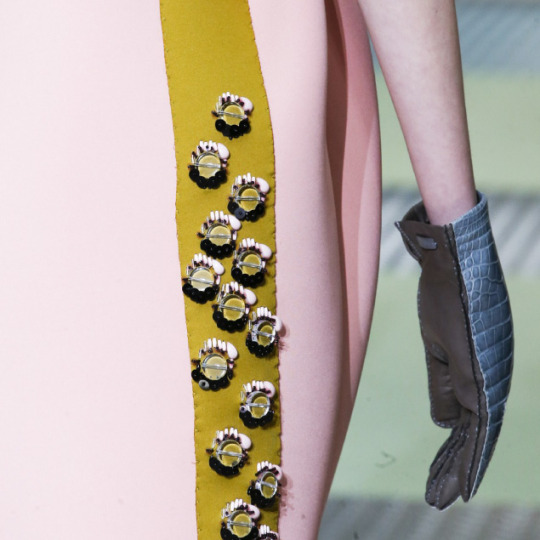 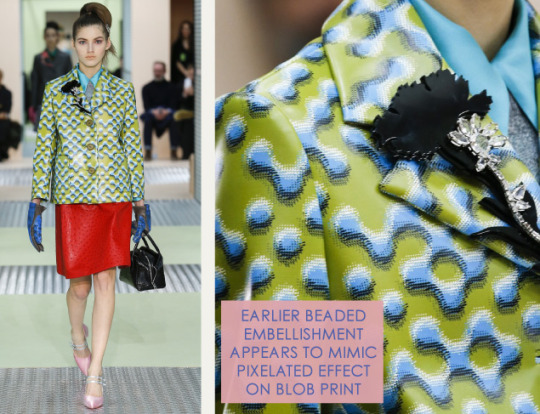 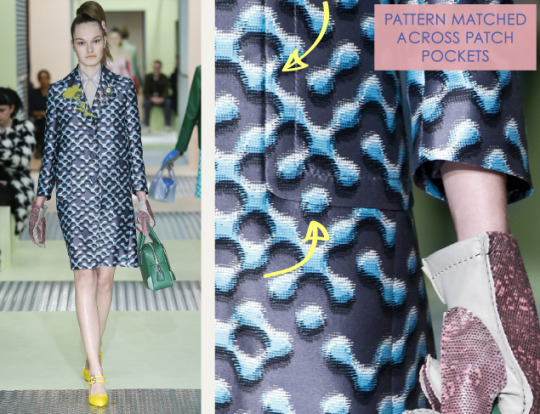 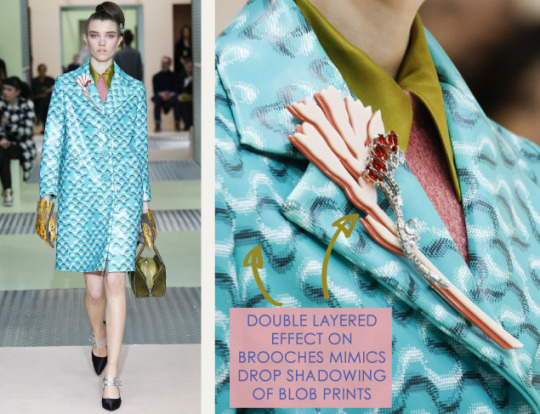 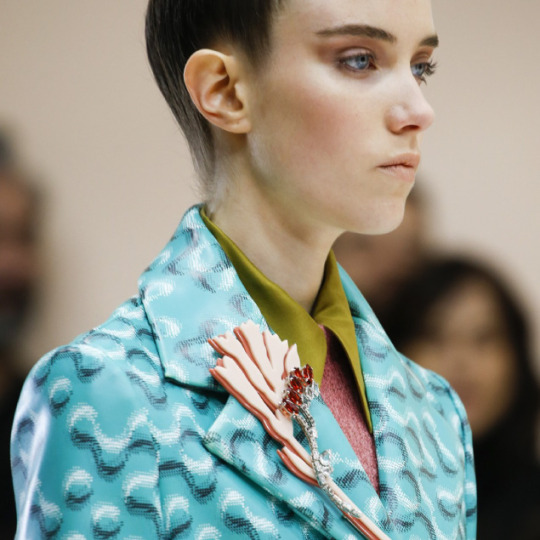 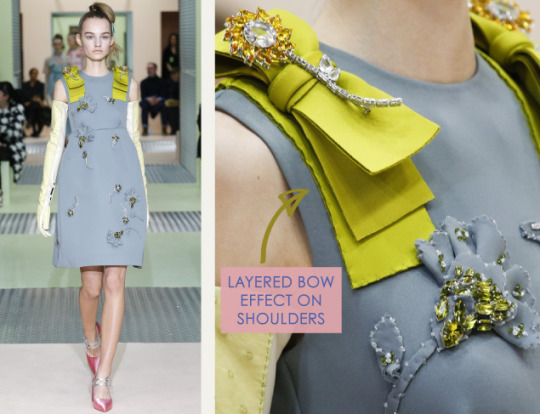 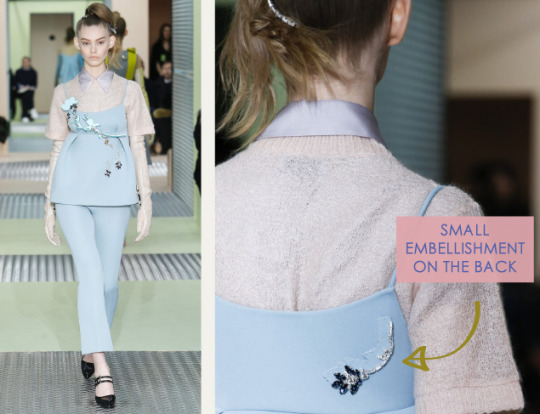 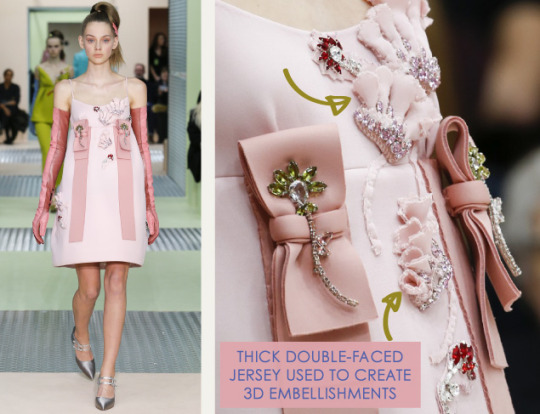 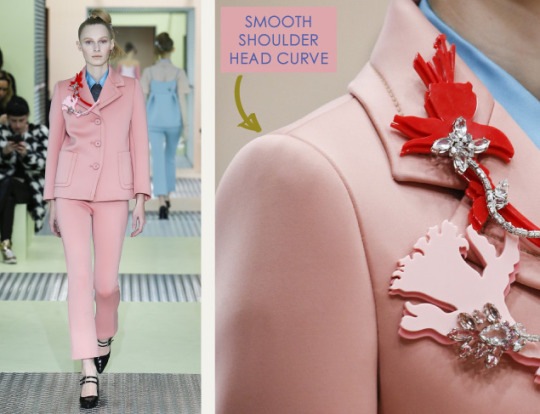