The Autumn-Winter 2015 collection at Anrealage revolved around the way that a spot of light hits objects in darkness, with pitch black garments illuminated by spots of pure white. This basic concept was then borne out through a range of different iterations – white light as a print, prints fading into darkness, circles to create focus on a garment, different ways to create gradient effects, rounded silhouettes and even prints illuminated by UV lighting.

The catwalk presentation was vital to the concept of this collection, with the video of the show essentially broken into two parts. In the first section, the “light” is physically present on the garments with white or lightened focal points, often created with screen prints or possibly faded digital prints. At times, the gradient effect around the ring of light was also meticulously created through patchwork, felting, or with knit pieces that appeared to be created from greyscale wool in a range of tones.

The idea of circles and curves was also physically cut into the garments at the pattern stage. Sleeves were cut with dropped shoulders and shaped with rounded seams while skirts were cut from circle skirt shapes to create flowing, uneven hems.

The physical light spots in this section were highlighted during the catwalk show by the way that the models walked in and out of white spotlights. This added further brightness to the spots that were already physically there on the clothes.

In the second half of the collection, the textiles themselves changed so that they were actually black unless they were highlighted with UV lights. This effect emphasised the idea of a flashlight discovering objects in the dark, with the UV follow-spots roaming over the clothes so that the prints appeared to become activated when lit. While the styling of the collection in photographs appears very sombre, the roaming lighting and soundtrack in this second section has a more playful quality as though the light is exploring the garments and discovering the vibrant colour hidden inside the gloom. 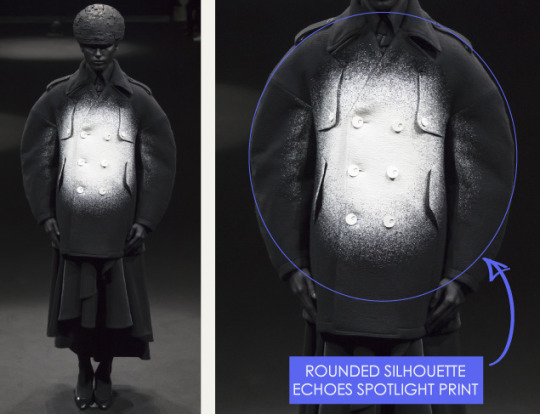 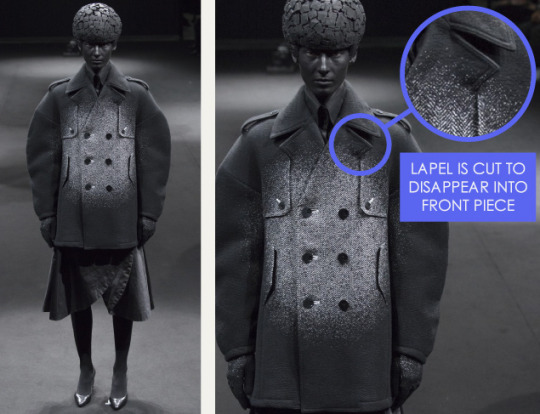 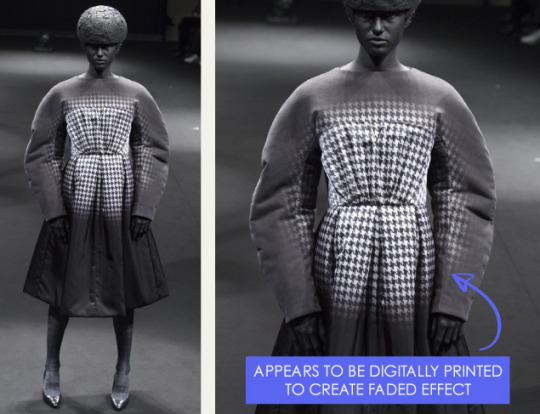 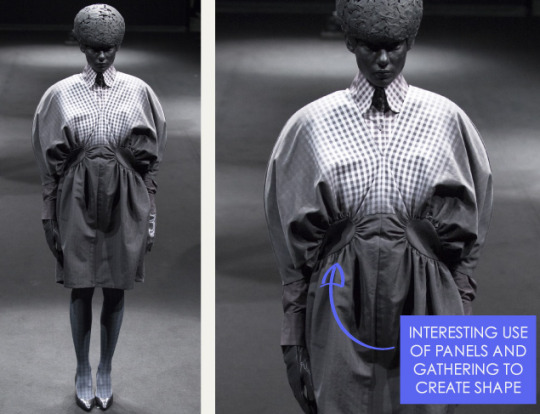 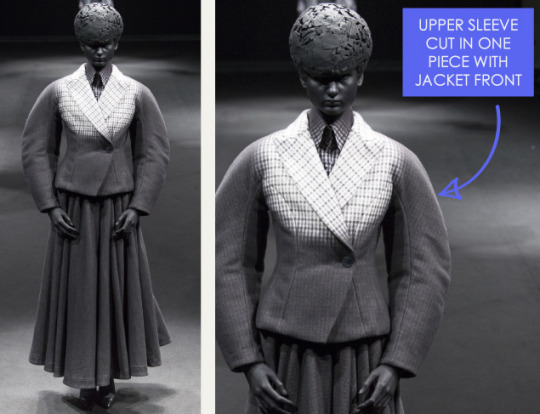 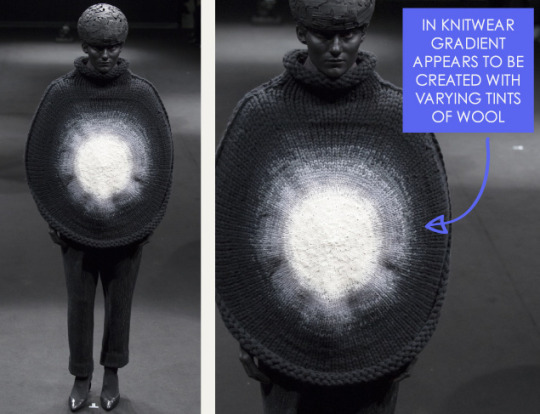 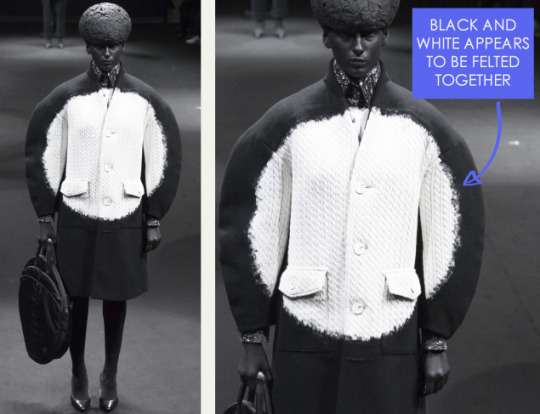 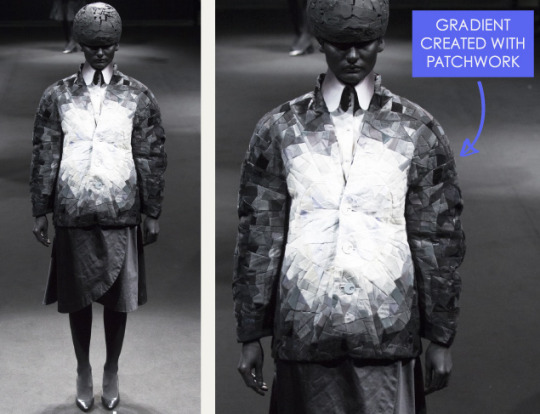 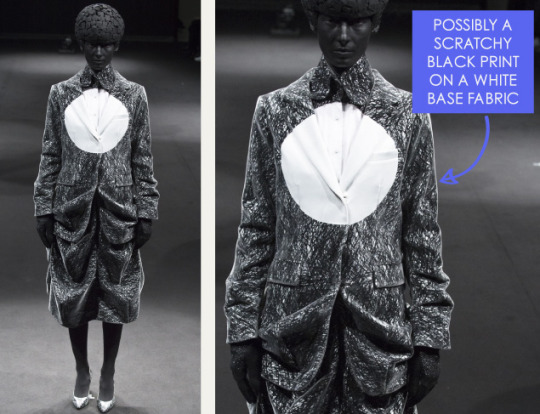 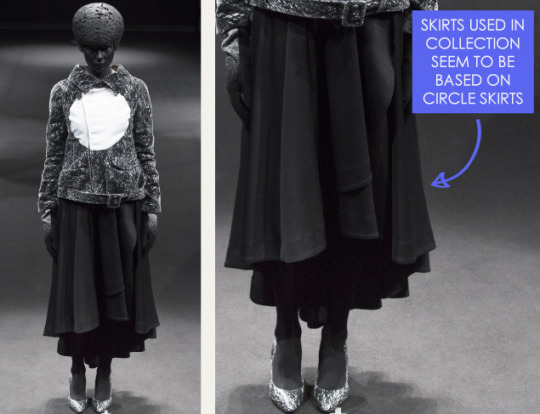 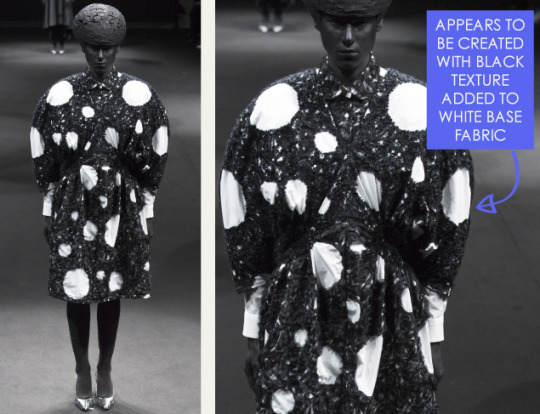 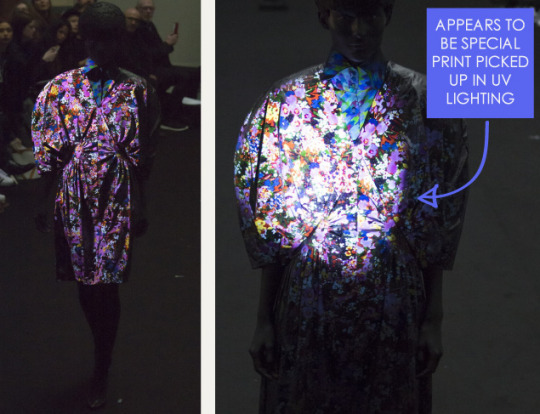 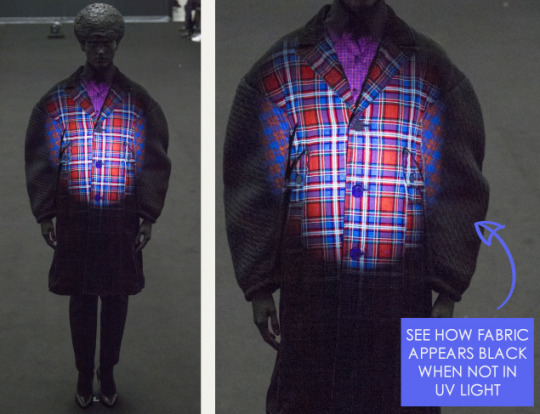 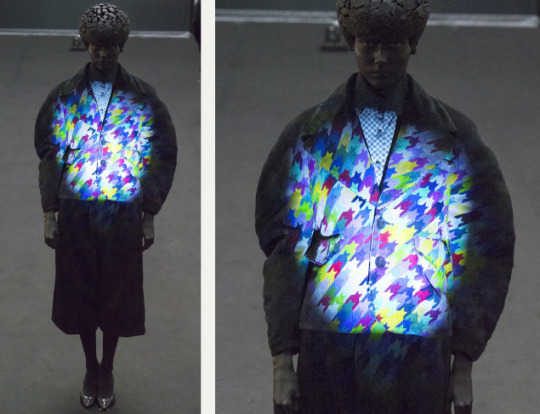 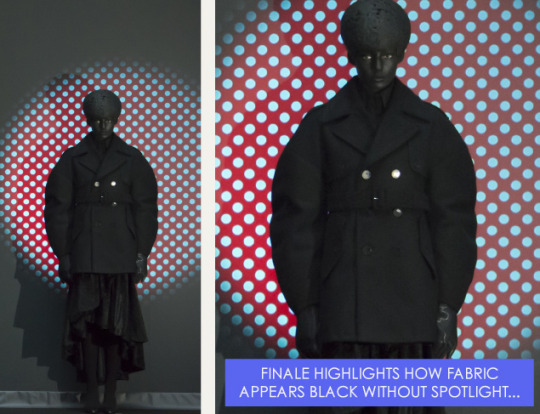 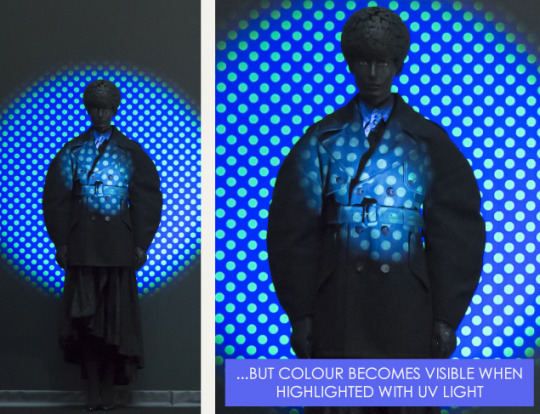