Star Wars and Smocking at Rodarte

Star Wars and Smocking at Rodarte 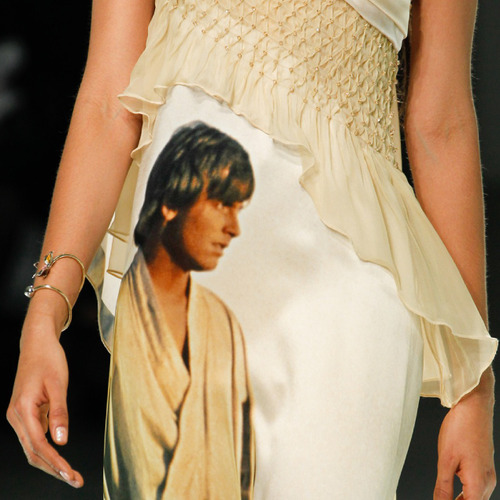 From a construction perspective, the Rodarte collections tend to revive or reference the sort of techniques you’d expect to see in a dusty craft magazine whether it’s patchwork and quilting, or in the case of Autumn-Winter 2014, smocking and crochet. In a way it is the adaptation of these homely, retro construction techniques that helps to give depth to the awkward nostalgia of their collections.

Awkward in the sense that there’s obviously deliberate choices that are made in the fabrics, styling and pattern cutting that help to maintain a naive feeling in the collection, rather than opting for out and out glamour. For example, where lace fabrics are used they are often pieced together in clashing colours, rather than layered like a haute couture gown. Where crochet is used it is often scrunched and laced with lurex, in this case sprawling over tops and bags.

There are lots of “pretty” elements, such as sparkly fabrics and beaded smocking but even these are played down. For example, sparkly fabrics were used in this collection on deconstructed jackets that seemed to hang from their lapels, sometimes paired with oversized collars or clashing facing colours.

The styling of the collection also played into an almost gawky tween feeling because aside from the bookish glasses and glittery lips and nails, the evening dresses were sometimes layered over turtle necks made from mottled cut and sew knits. It’s almost as though someone’s been told to go back to their room and put a skivvy on before they are allowed to go out in their new dress.

The real gowns of the collection were the perfect example of this down played aesthetic. If you are going to drape some evening dresses with silk satin and tulle dotted with gold, why not decorate these dresses with star wars icons, like Yoda and C-3PO just so that it doesn’t all get too serious? 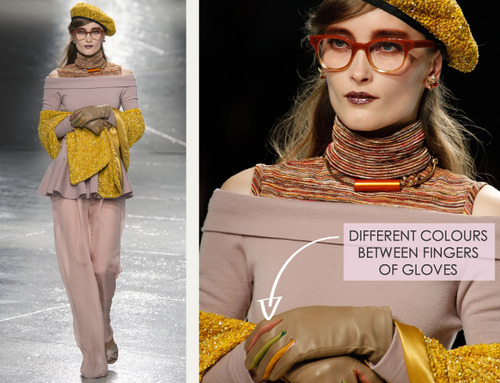 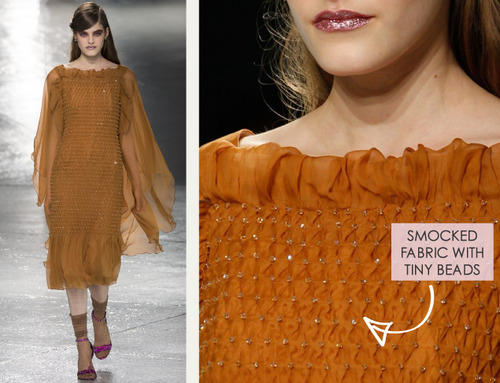 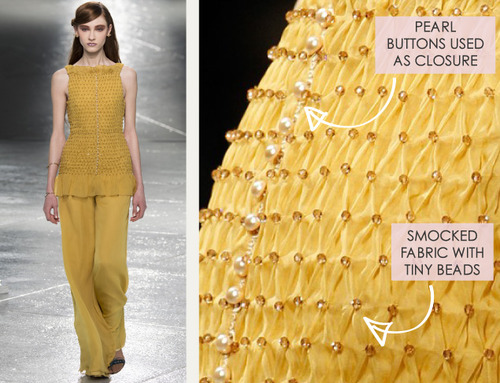 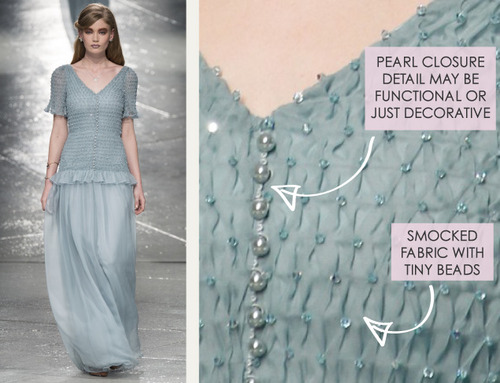 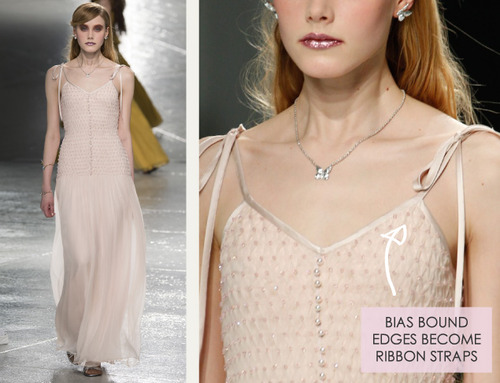 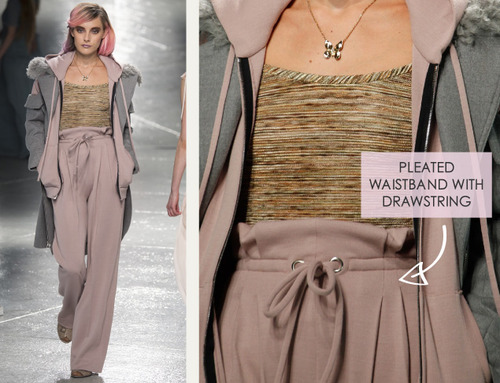 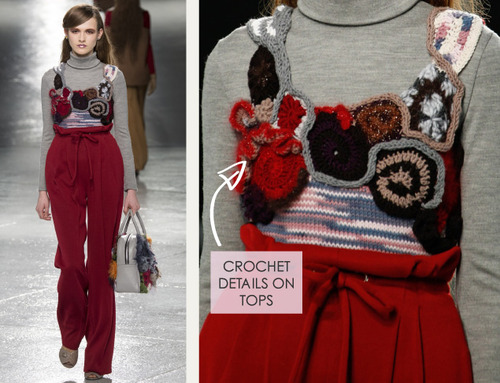 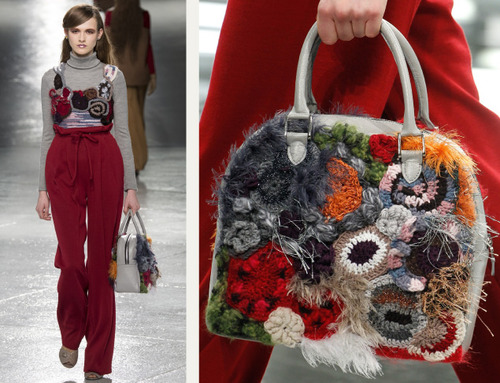 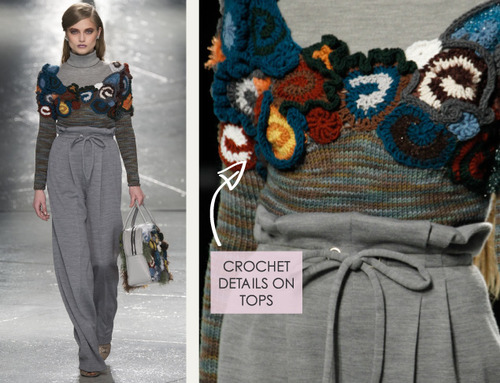 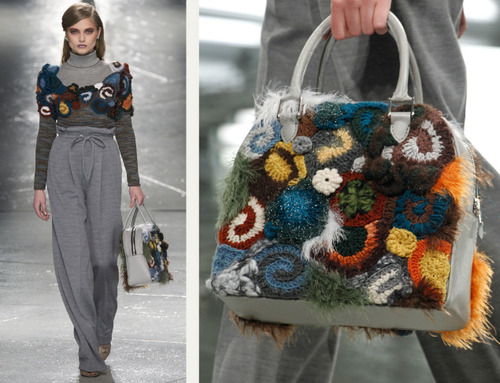 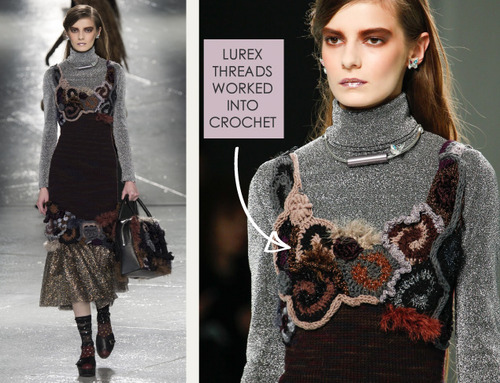 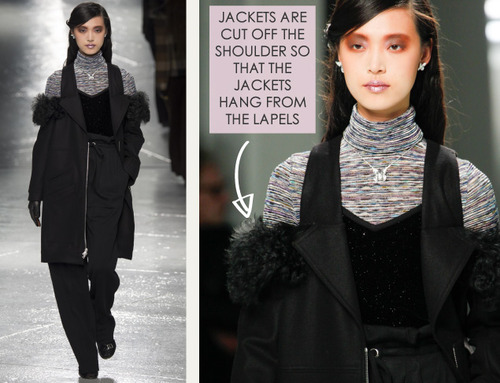 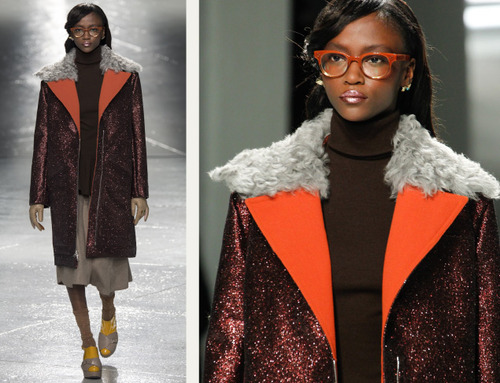 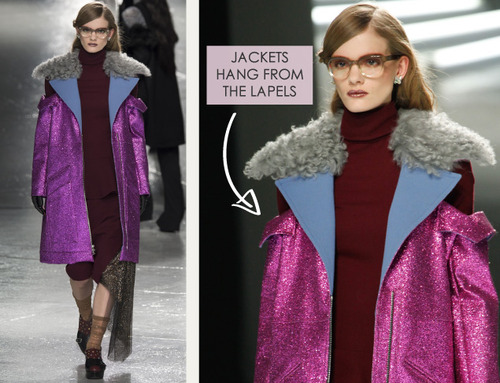 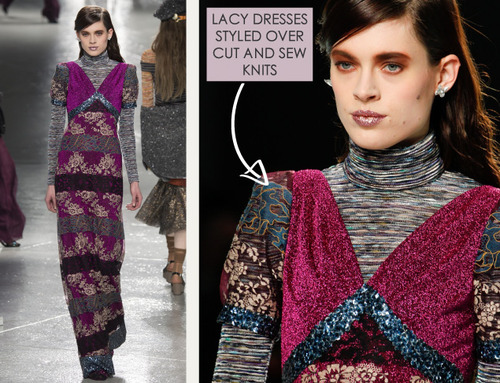 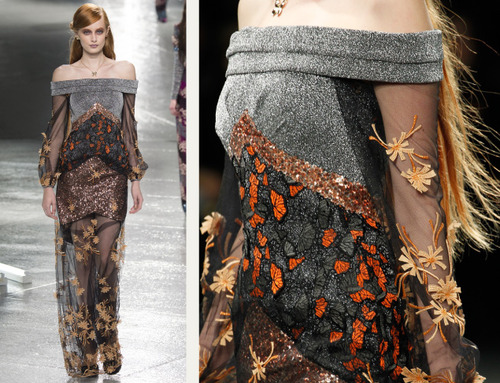 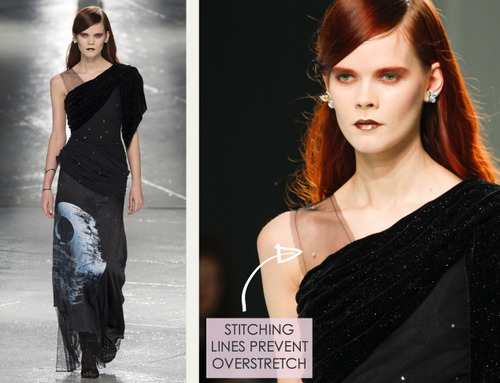 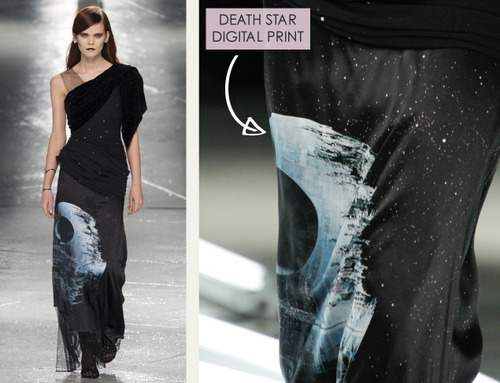 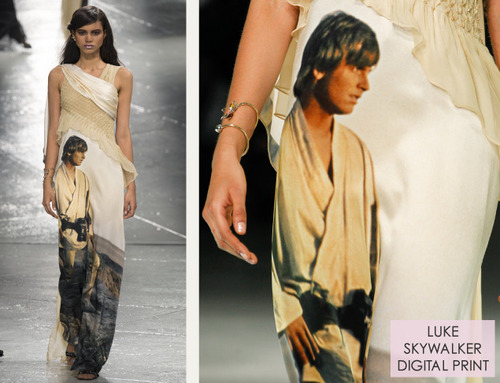 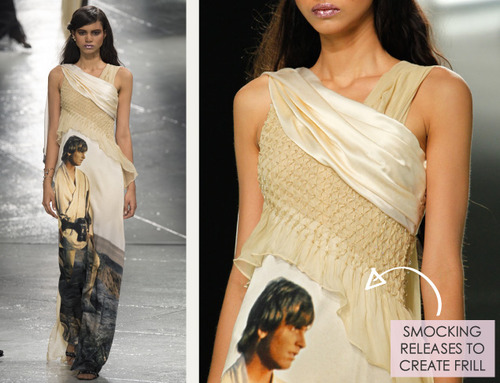 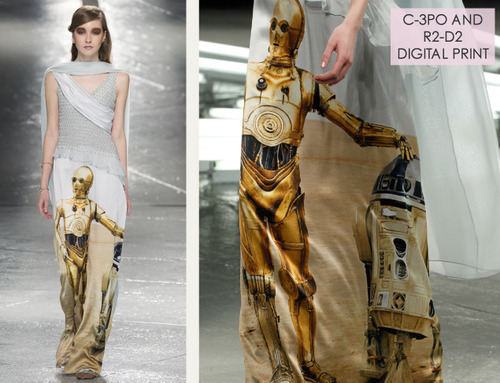 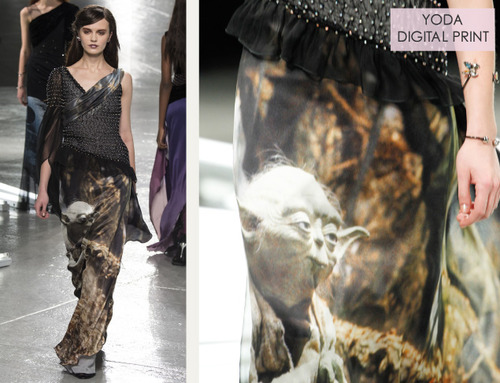