Alternatives to the Standard Mens Suit by Yamamoto and Owens

Alternatives to the Standard Mens Suit by Yamamoto and Owens 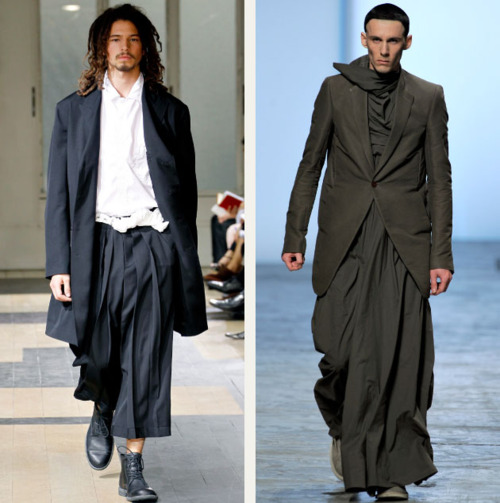 While many of the menswear designers offer only minor tweaks on classic suits and shirts, other designers are offering up complete alternatives to the way that men dress. At Yohji Yamamoto in particular there were options with much greater use of volume than your average suit in the form of pleated, slouchy trousers offered in different woven and jersey fabric options and presented in a variety of patterns and colours, from the more conservative monochrome versions, to the more bohemian styles.

At Rick Owens the silhouette was more elongated, with columns of fabric given shape by the blazers worn over them. Many of the looks featured variations on a tunic style presented in black, white and natural tones and that were marked at times by graphic stripes that increased in width as they went down the body. Some of the fabrics were chosen through a couture gaze, with papery silks helping to support the angular cowl necks of some styles. Seersucker was also used, a fabric apparently chosen by Owens in an effort to challenge himself and put himself outside his comfort zone.

The overall look of both these collections felt surprisingly wearable despite the fact that these shapes are relatively unconventional in the scope of commercial menswear. Often in the past the idea of men wearing shapes such as this has been passed off as a novelty by the general media, as men wearing “skirts” or “dresses”. But in the grand scheme of what men have worn over time, this is a more classical form of dress than the contemporary suits – think back to the historical images that we see of the greeks and romans and the use of swaths of fabric and pleating takes on a more regal edge. Which is definitely a better perspective to bring to these collections – this is not about transgender dressing or androgyny, instead this is about confident individual men wearing comfortable, thoughtful clothes. 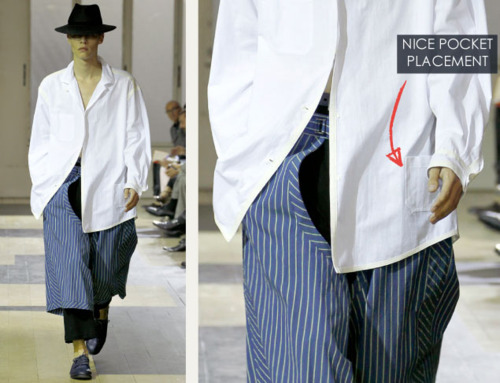 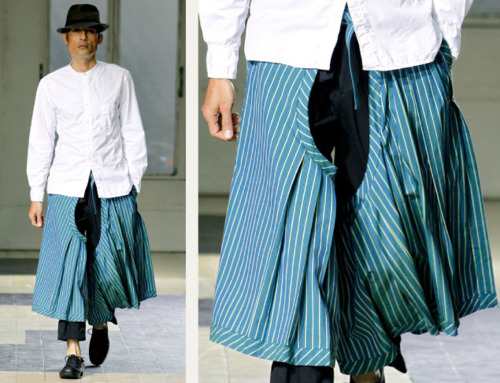 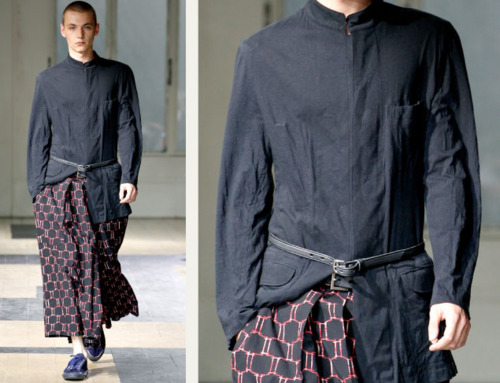 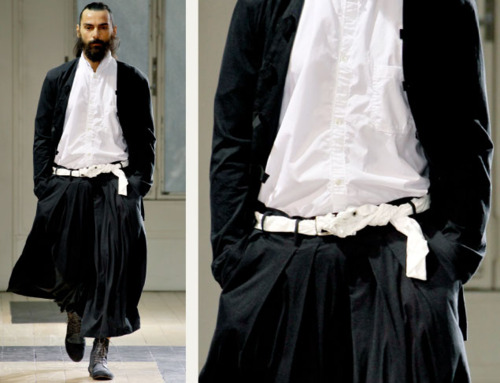 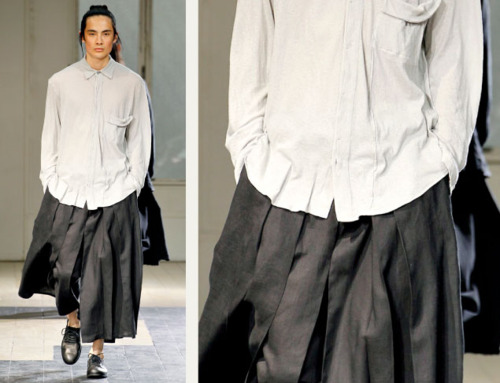 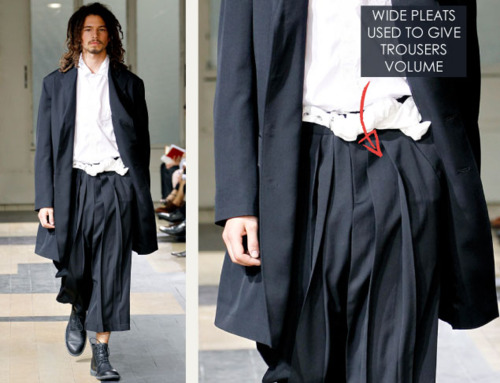 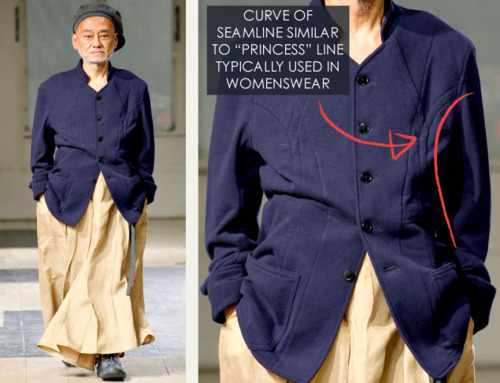 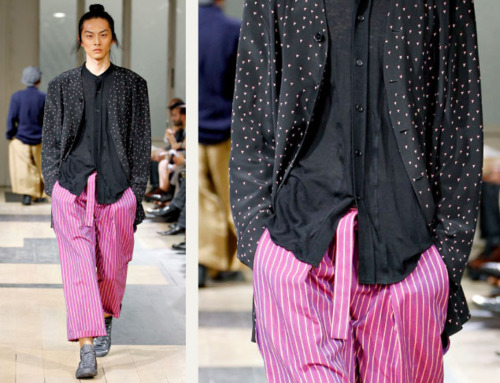 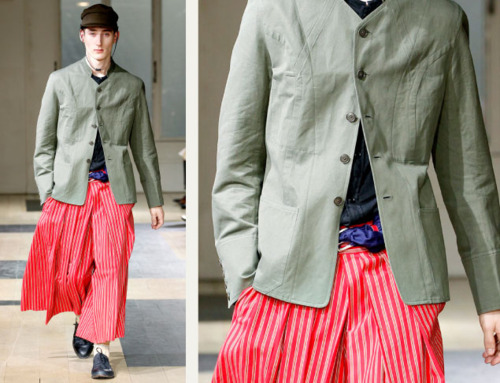 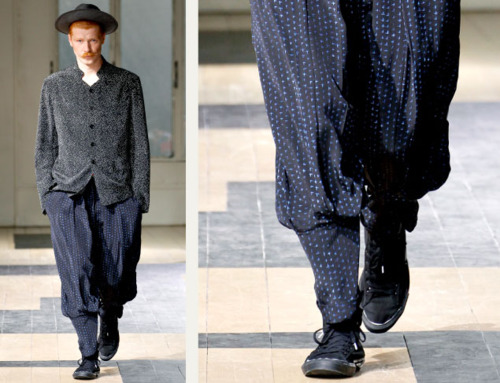 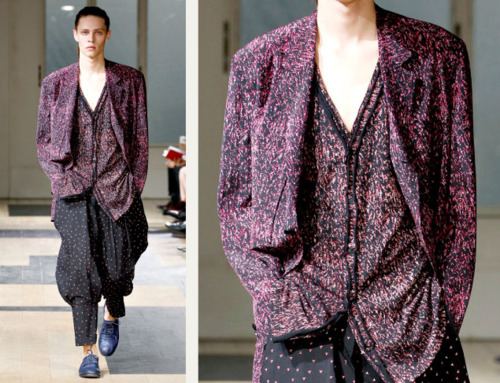 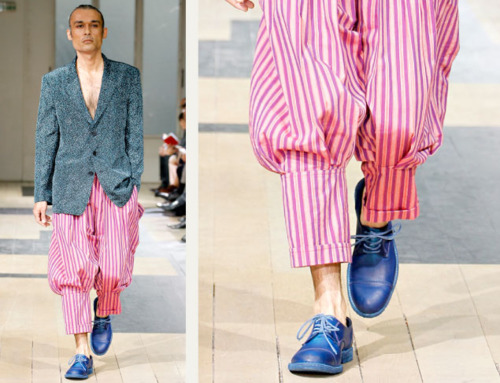 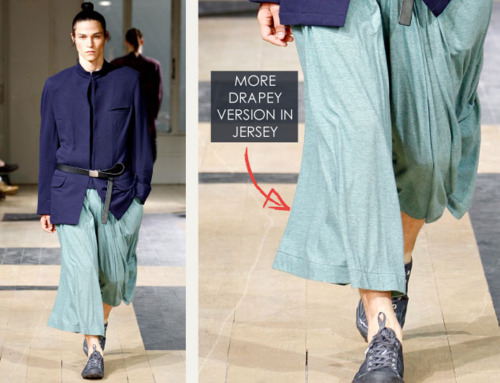 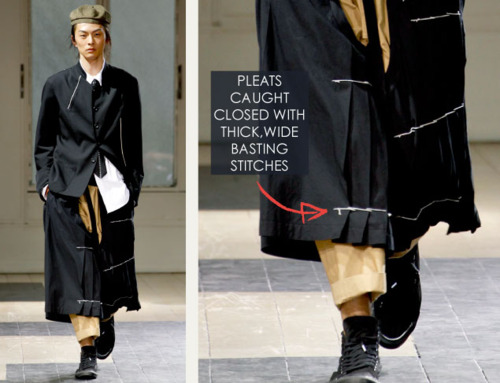 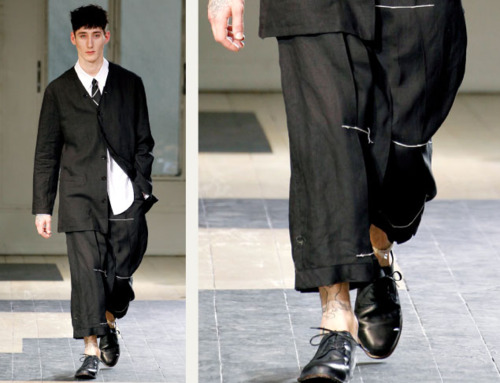 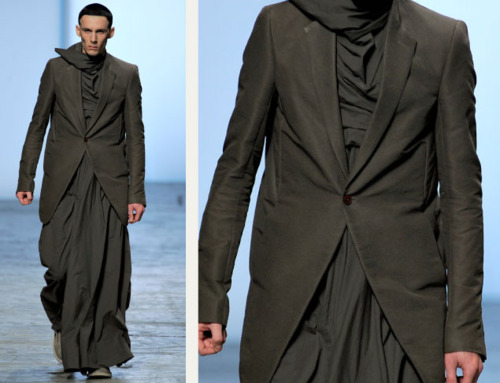 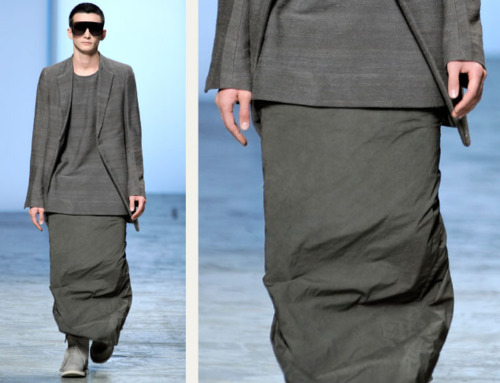 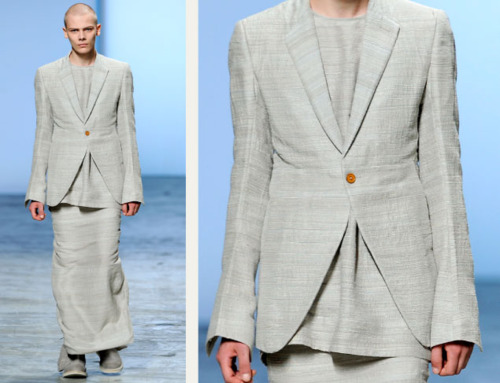 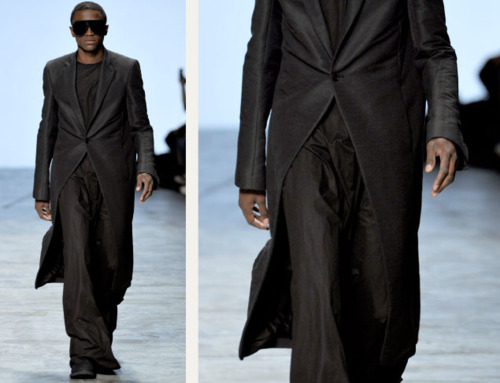 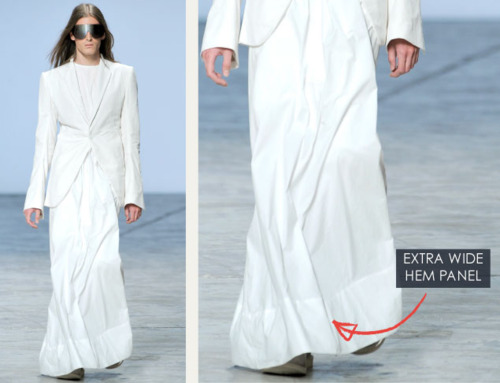 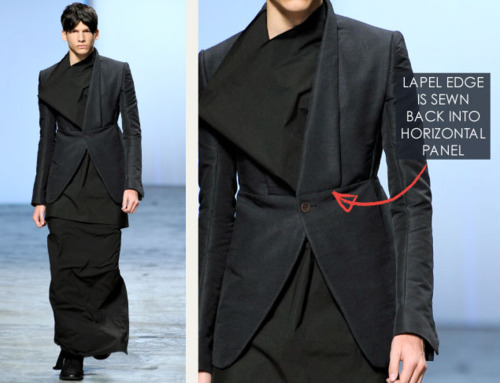 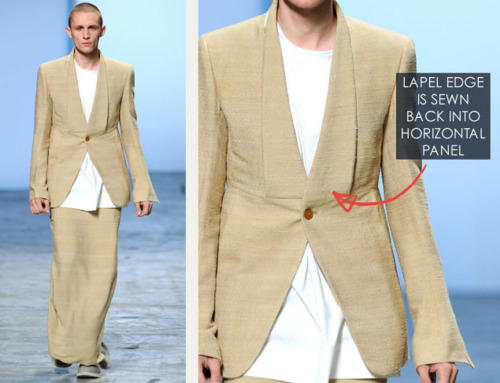 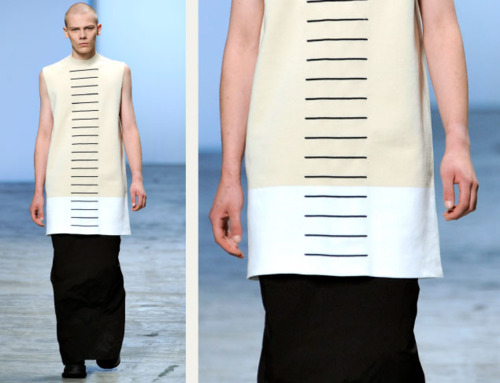 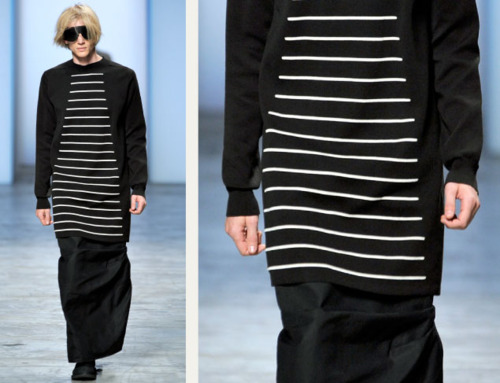 Catwalk images from Vogue.co.uk for Yohji Yamamoto» and Rick Owens»