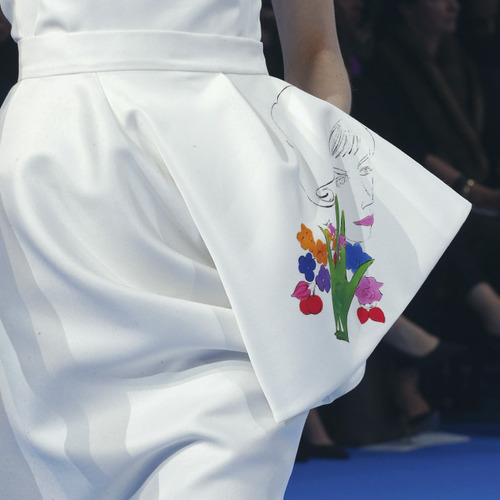 If the collection was seen in terms of a series of fashion illustrations, then the silhouettes would have been represented by broad expressive paint strokes of monochrome colours with the occasional stroke of crimson or candy pink for graphic effect. The designs featured sections of sweeping fullness and drapery that would often finish with an asymmetrical tier at the front left hip.

Continuing on the fashion illustration metaphor, the detailing of the collection would instead need to be painted in with diluted watercolours and then articulated with outlines drawn with a very fine sketchy brush stroke, and highlighted with daubs of light catching shimmer. In terms of materials and techniques this often translated into fine embroidery thickened with very tiny beads and embellished with scatterings of flat sequins.

It was the treatment of the delicate motifs of the collection that were perhaps the most worthy of a second look, since the use of sketchy faces and florals could have been so wishy washy in the hands of another designer. In the case of this collection and with the craftsmanship of the Dior Atelier at Raf Simons’ disposal, these details took on a surreal quality where eyelashes encrusted in bugle beads sometimes floated down the backs of dresses, or eyes appeared on the petals of floral arrangements along a stem made of couched cord.

The colour of these details also had a large part to play in the ability of these illustrations to avoid appearing overtly prissy. For example, there were a large number of colours used from rich purples and yellows, to diluted magenta and teal, and greens which bled from olive through to emerald. This use of colours seemed in keeping with what Simons described as his approach to the collection, “approaching it almost like a personal scrapbook” and allowed different elements and motifs to float across the more monochrome backgrounds.

You can follow this link to view the video of Tim Blanks interviewing Raf Simons from Style.com» 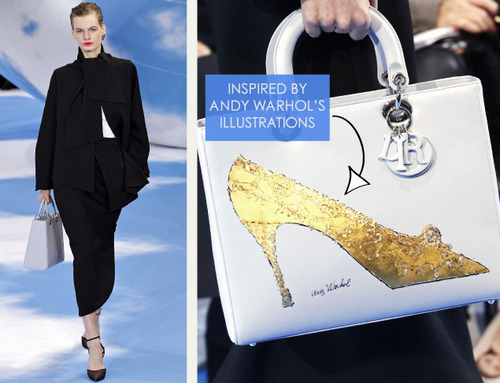 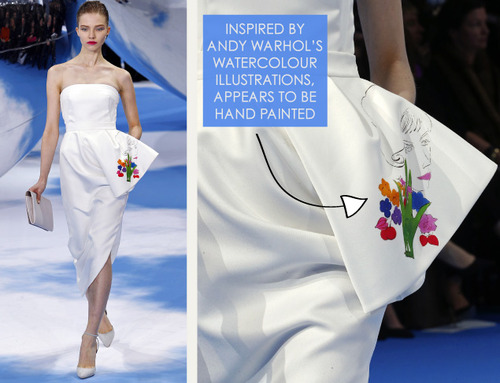 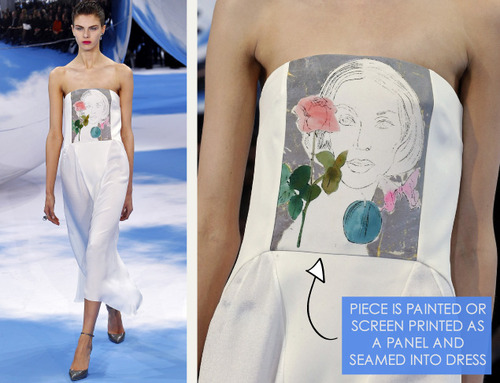 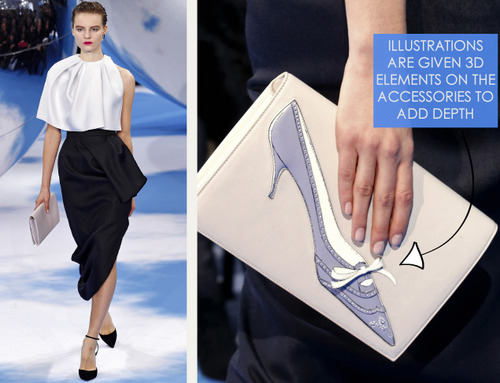 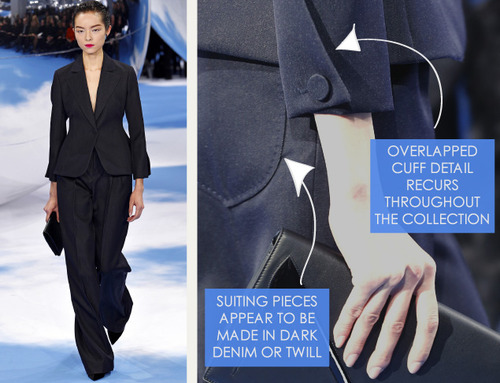 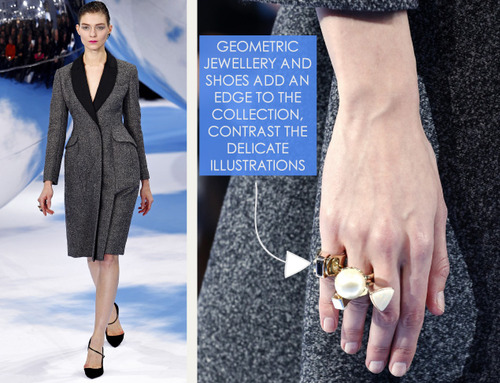 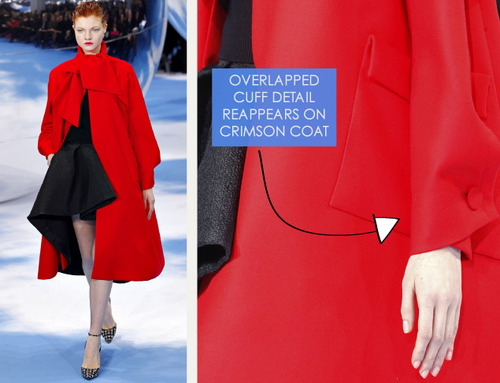 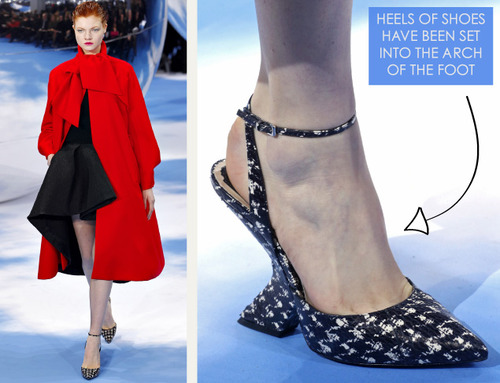 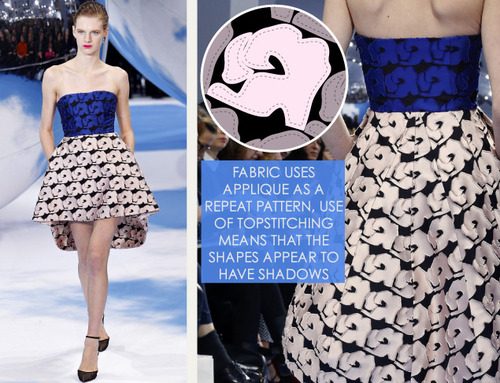 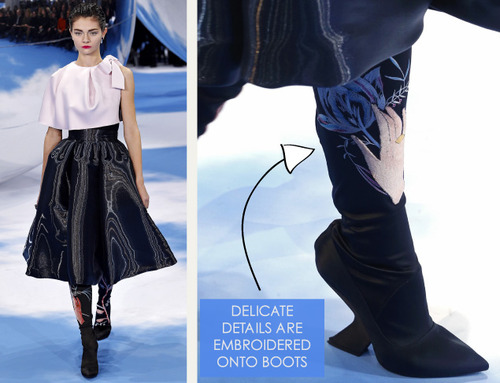 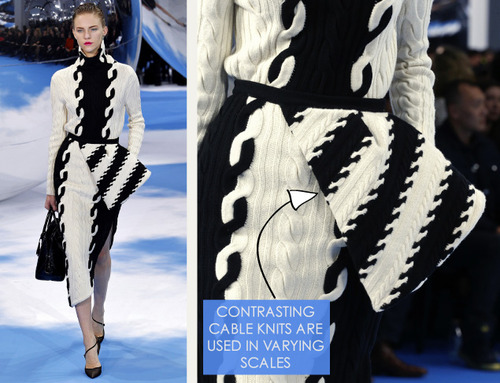 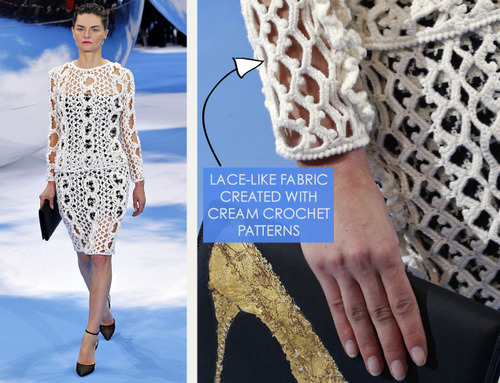 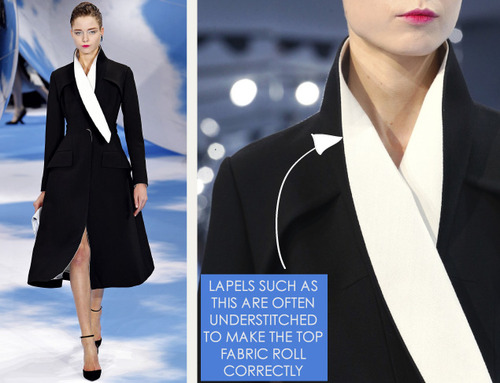 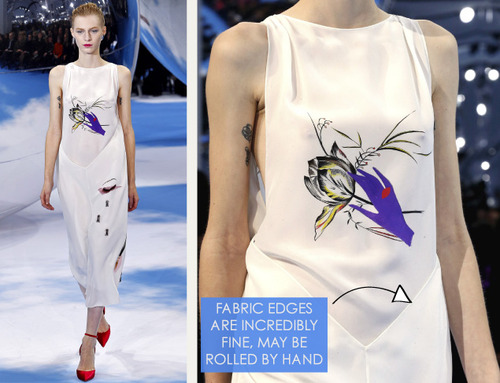 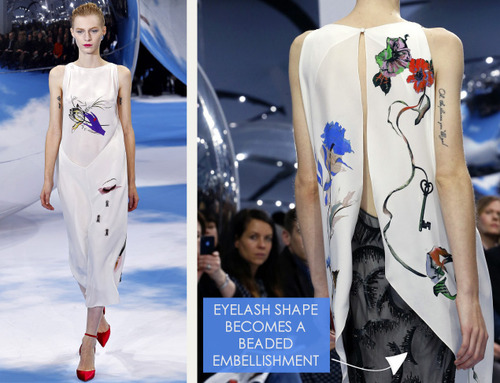 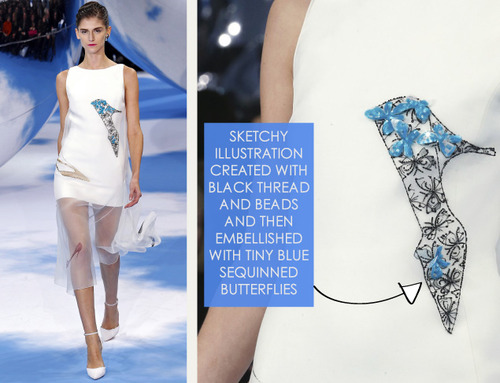 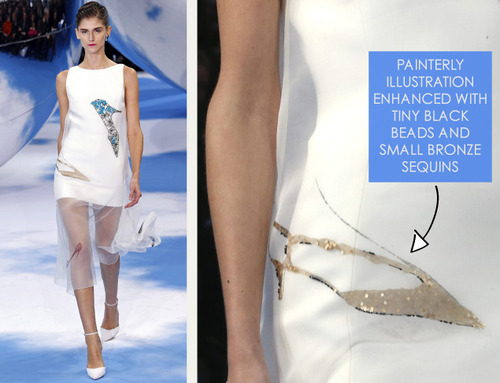 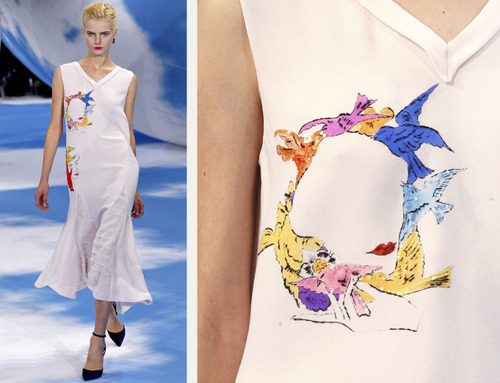 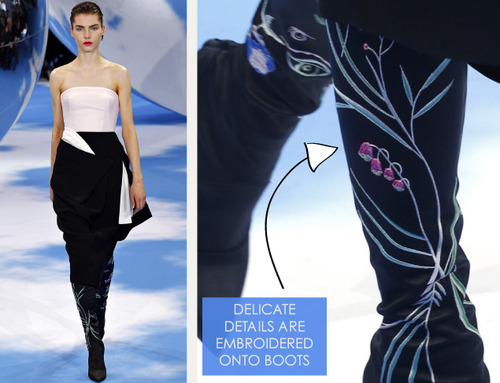 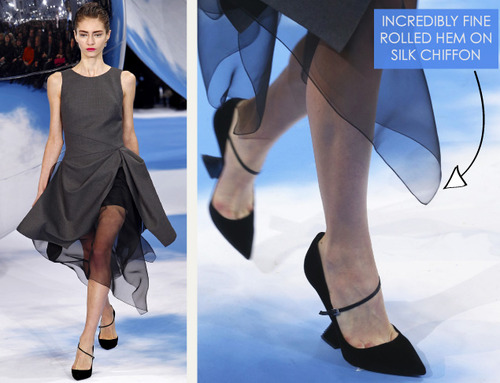 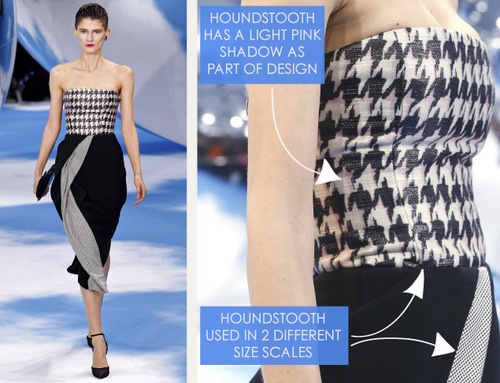 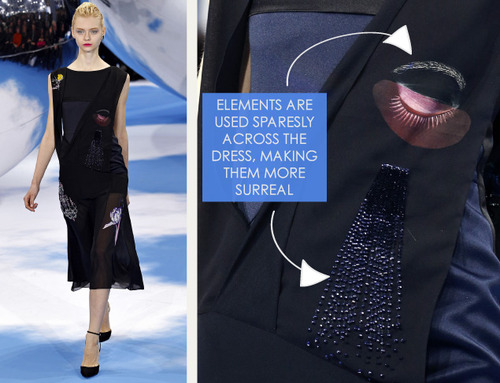 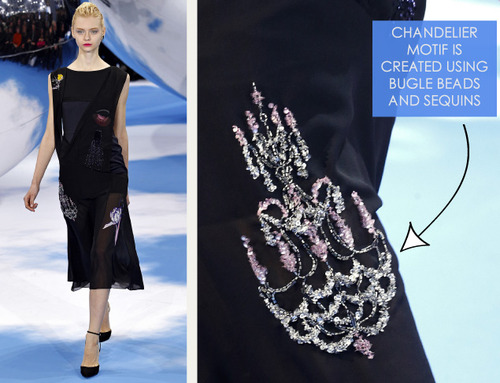 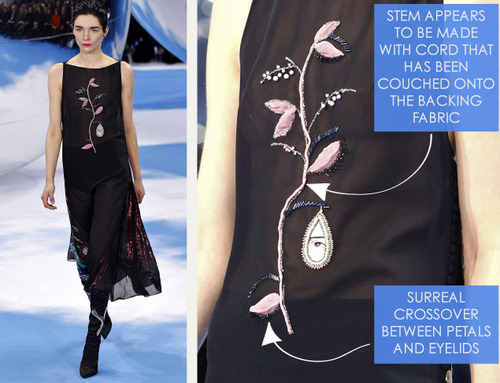