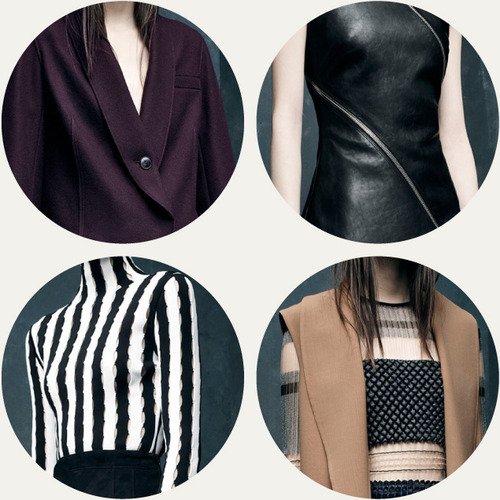 A couple of the classic tailoring pieces were given a twist at the back where the back patterns appeared to be cut to echo the curved crotch shape that you would normally see on the pattern for trousers. The back pockets used on the back of the garments were also styled to make the garment look like the back of trousers as the pockets had a double welt and button detail which is usually seen on the back of tailored trousers. 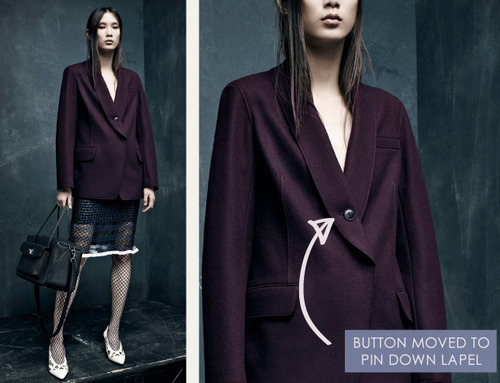 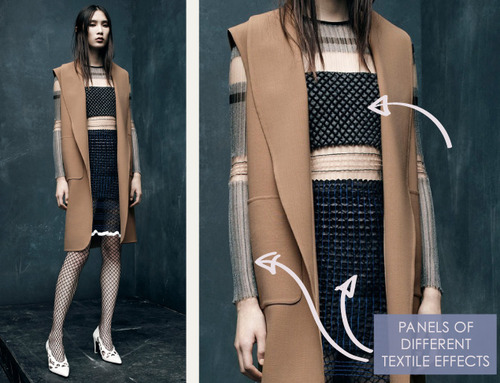 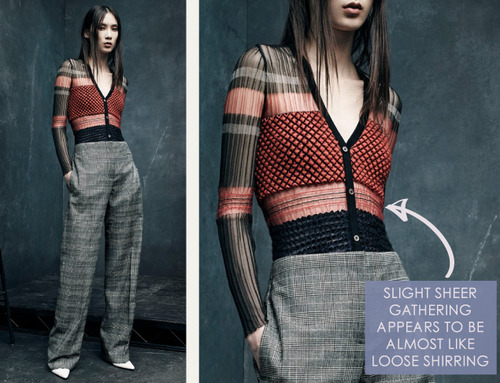 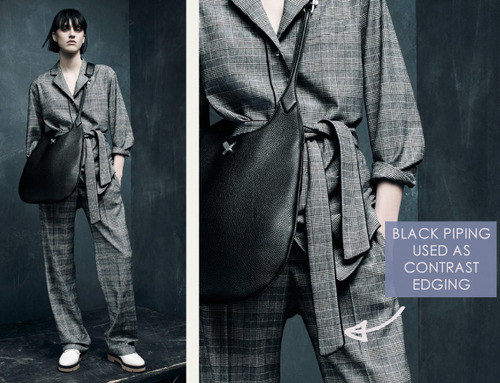 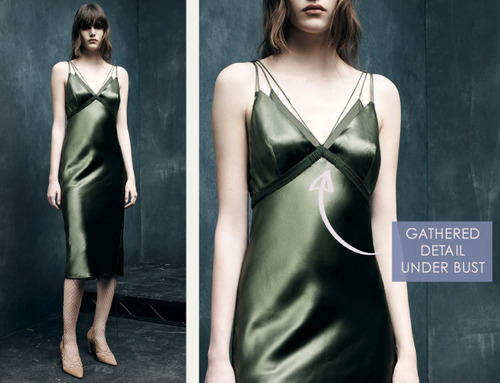 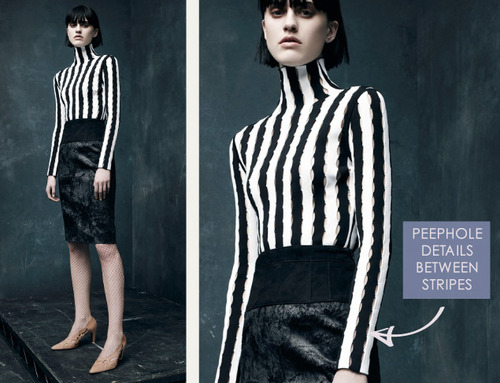 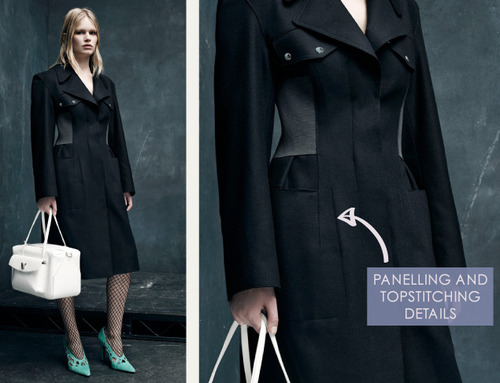 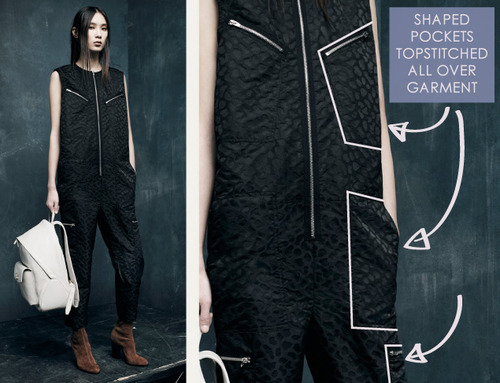 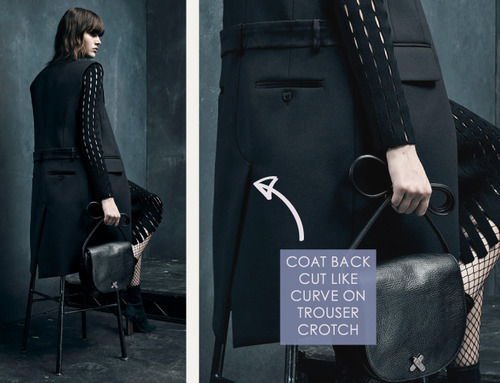 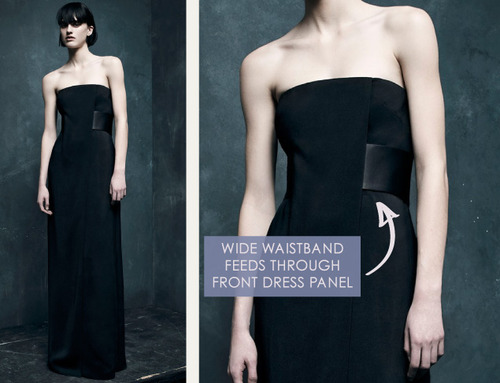 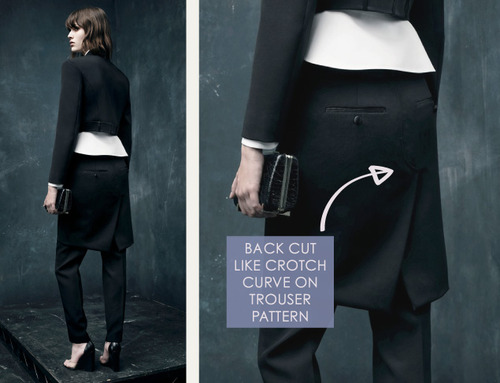 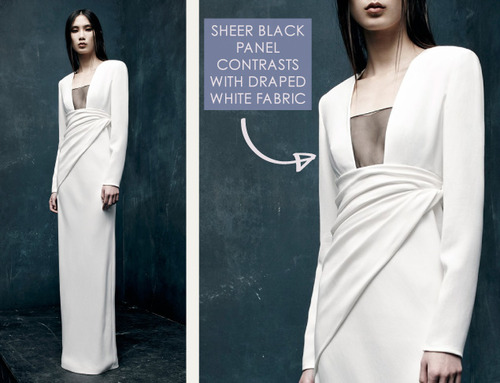