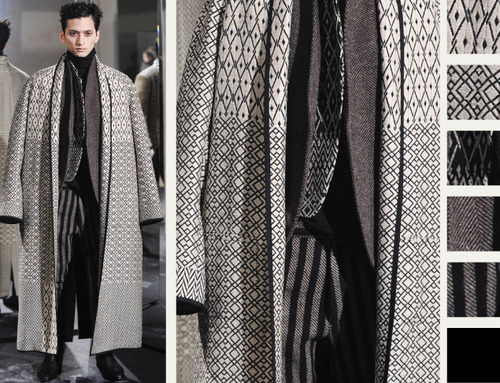 The looks were sometimes layered so that vests were placed over jackets or long tops, and this helped to bunch the fabrics to create volume and to blur the lines where one garment ended and another began. Scarves were also layered two together at times, and socks and cuff linings became another opportunity to add in an additional contrasting pattern, colour or texture. In one look, both the jacket and scarf were cut with the same patterned fabrics, creating the illusion that the two pieces were blended together.

The colours were predominantly mid tones of beiges and greys with muted tones of purples, olive greens and occasional flashes of dusty pink, deep aubergine and cobalt blue. Monochrome was used to great effect where similar patterns were panelled together within the one garment.

One particular pair of trousers was cut so that the crease at the front of the leg appeared to curve and bend in towards the waistline, creating an overlap at the front and adding to the layered effect of the collection. 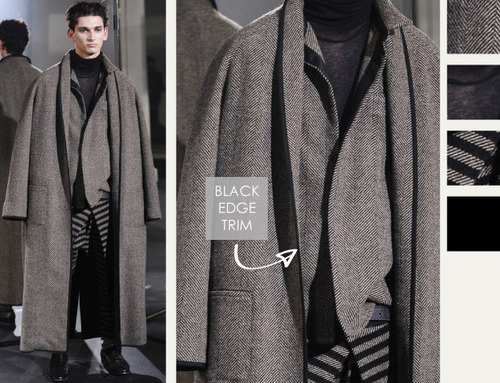 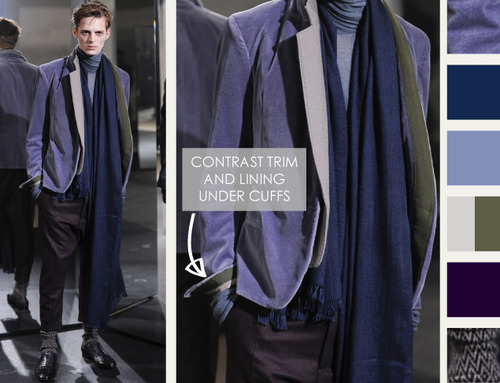 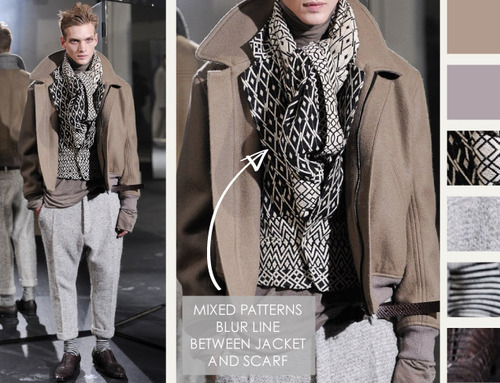 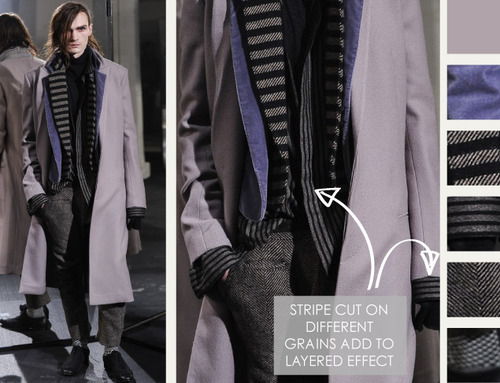 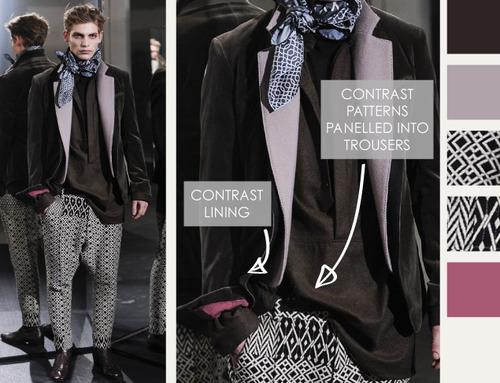 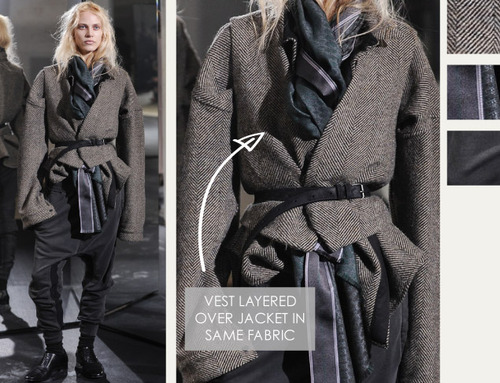 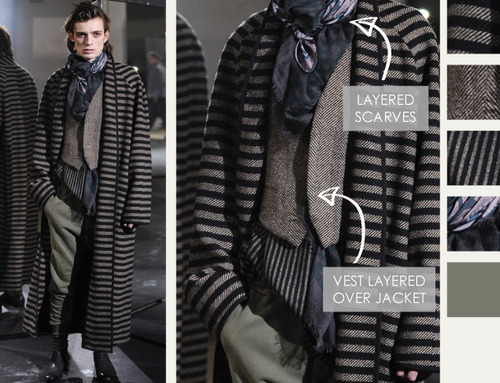 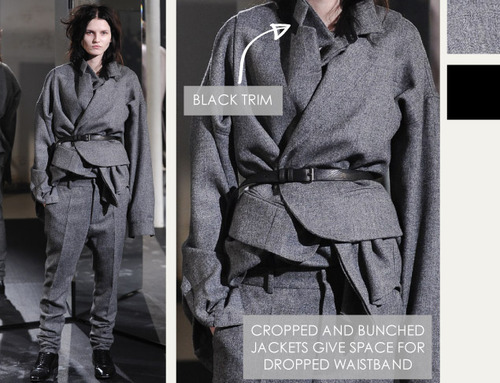 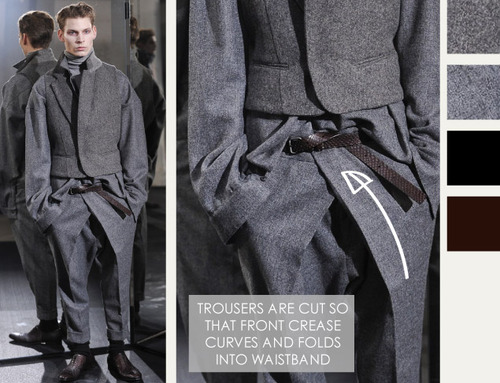 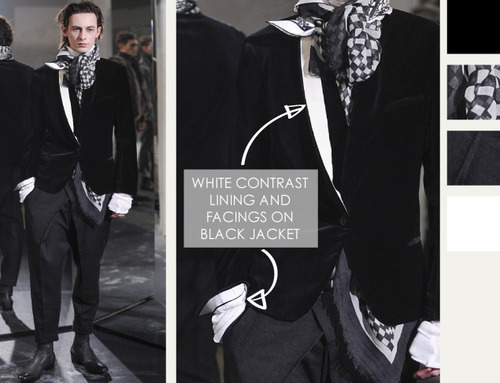