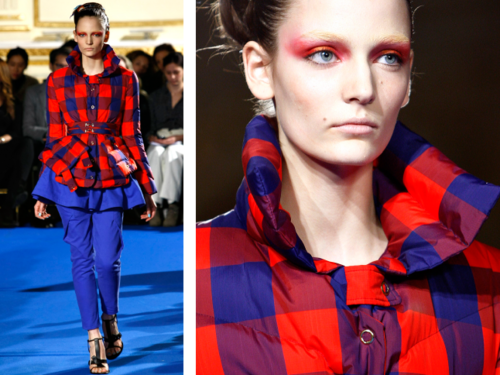 It was a nice touch at Thakoon’s AW11 collection to balance out the time intensive tailoring and beautifully draped silhouettes with the simplicity of streetwear closures such as zips, drawstrings and press studs.

Press studs are an easy to use, no fuss closure for all ages and are seen on the outside of the fabric by the small nickel rings. Press studs work by having 4 pieces – 2 pieces that attach to the top layer of the garment, and 2 layers that attach to the bottom layer of the garment. The top half normally has a decorative outer side, or can be just a simple ring as shown on these garments. Where the two halves of the press studs meet to join the clothes together you have a “male” and a “female” side which means that one can slot into the other securing the garment in place.

They are normally attached to the garment by using special tools which help to pierce the fabric and hold the press studs in position while you hand press or hammer them in place. They are faster to add to garments than many closures but you must have your placement absolutely correct – they are hard to move once inserted as they often damage the fabric.

Press studs would also make an ideal closure on the more draped sections of the garments because they can be used at multiple angles and there is no concern that the press stud will be twisted the wrong way, which could be the case with visible button holes.

Press studs can also be referred to as hand snaps, metal snaps or prong snaps depending on type. 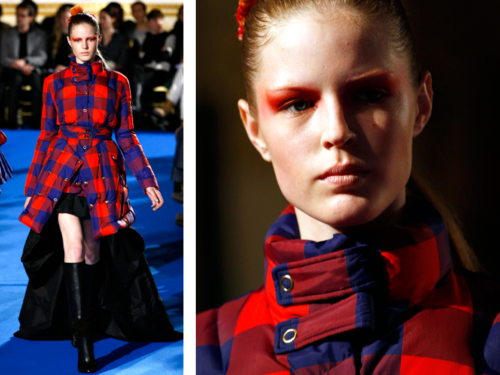 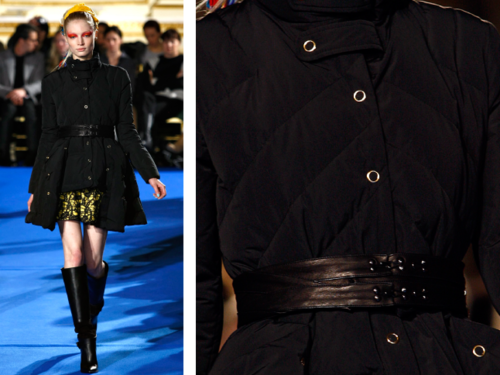 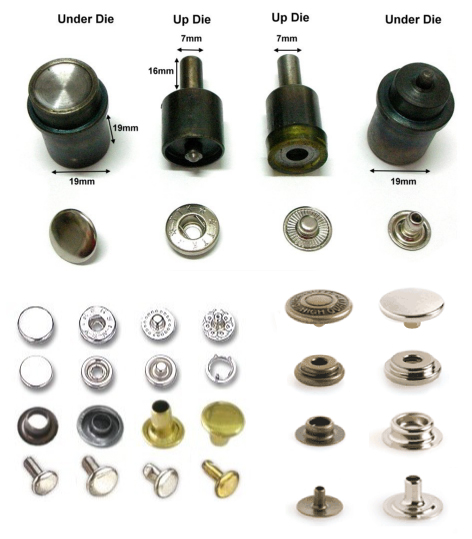