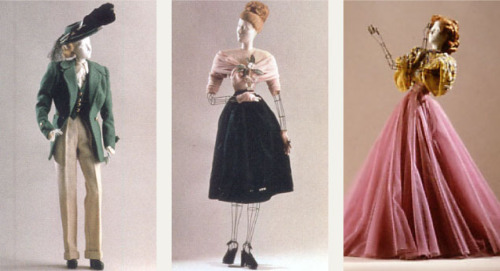 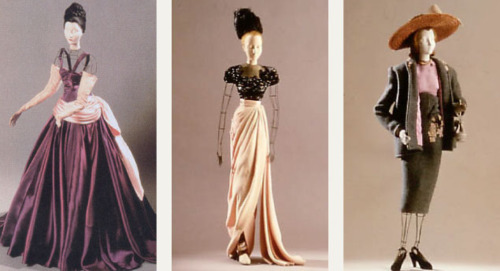 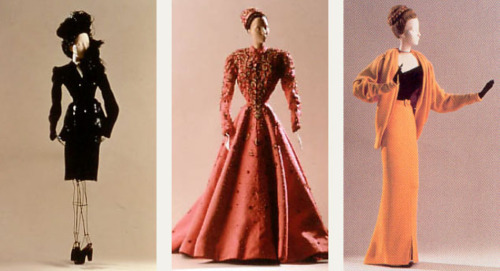 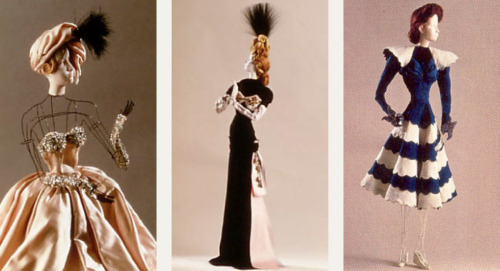 Sometimes we take it for granted that we can see fashion so quickly and easily via the internet. We think nothing of seeing catwalk photos and reviews posted almost instantly on major news sites or of watching a live stream of a catwalk show or a designer working in their studio. Before the multi-faceted fashion coverage that we can now experience, and even before the vibrant editorials of glossy print magazines, the high end fashion trends were passed on in a very different way, at times much more reliant on word of mouth accounts, and rumours of hem lengths and chic colours.

In this way it could take many months for a “trend” to travel across the world, whereas a new style can now spread instantaneously. In the past it was also much more about the “look” that was created by the designers of the world’s major fashion centers – the trends from Paris would be markedly different to those appearing out of New York, the colours and prints out of Milan being very different to those from London.

While the changes in trends and styles occurs at a fast pace in contemporary fashion, the trends of the past were much more focused, more definite in a way. There seemed to be a clearer definition of exactly what collar style was considered chic, what shoulder line was all the rage in Paris, what fabrics were being used in Milan. The reputation of each of the four major cities hung on the ability of the designers to create the look that would capture the imagination of women around the world. In this way the power of the fashion capitals, in the eyes of the media, was very much decided by the creative clout of the designers who lived and worked there, rather than being determined by the sales figures and annual reports that we hear so much about today. The new designs of a house also had to be presented in just the right way since they had a long way to travel in order to reach women around the world – and it proved a unique challenge for a city to prove it’s superiority, especially when most images of the clothes would be few and far between and would be printed in black and white.

Prior to World War II in Paris, the Haute Couture industry was experiencing an era of growth with over 70 registered couture houses including the likes of Schiaparelli, Chanel and Balenciaga, catering to private clients and international buyers. But the war put a halt to this growth causing many couturiers to close. By the time the war ended Paris had to find a way to prove that it was still the world’s most fashionable city despite limited resources, and it appears that the solution was the brain child of Nina Ricci’s son Robert in the form of a travelling exhibition of fashionable dolls that was called the Théâtre de la Mode. The top Parisian designers created perfect 3rd scale models of their famous couture attire out of remnant fabric and displayed the outfits on wire mannequins amidst sets created by Parisian artists such as Jean Cocteau and Christian Bérard. The exhibition was displayed first in Paris and the major cities in Europe and then travelled to America, ending in San Fransisco in 1946 and acting as both an efficient promotional tool for the couture industry in Paris as well as a fundraiser for victims of the war. 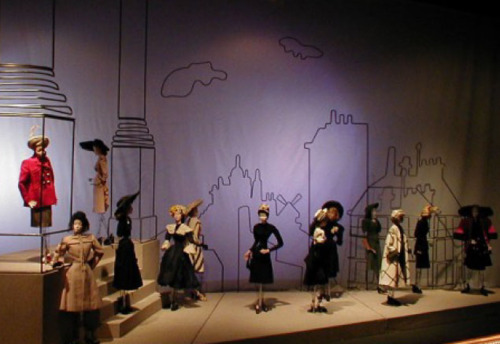 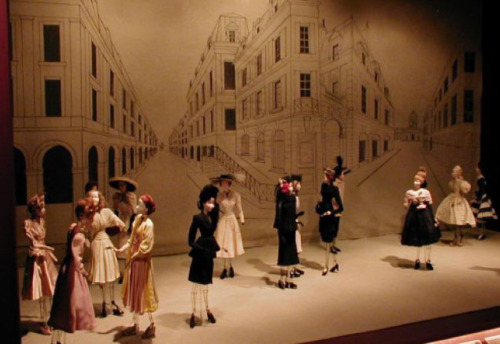 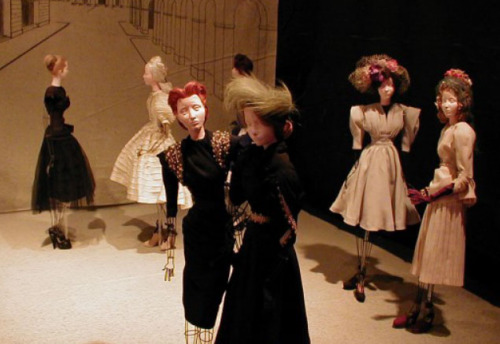 Théâtre de la Mode Dolls on display in the Maryhill Museum, Washington from How to be a Retronaut».

It appears that when the tour of the exhibition ended the jewels that had been displayed on the models were removed and sent back to Paris, the sets probably dismantled or destroyed and the dolls were stored in the basement of The City of Paris department store until they were rediscovered in 1952 and donated to the Maryhill Museum in Washington. The dolls were later sent back to Paris to be painstakingly restored and replicas of the sets were built so that the dolls could be displayed in an exhibition at the museum in 1990. From the Maryhill Museum website there appears to be 9 different sets that are held at the museum with 3 different sets and their dolls put on display each year.

All things considered this was really an ingenious way of allowing the world to see what the fashion artisans in Paris were capable of in order to reignite an industry, and at a fraction of the cost of sending full size garments. It was an incredible way for designers to regain the attention of international buyers but also would have surely helped to galvanise the fashion community in Paris as they pulled together for a mutual patriotic goal.

These appear to be restored versions of the original 1940s models, or may perhaps be replicas of the original designs. Also referenced in this post are The V&A: The Golden Age of Couture» and the Encyclopedia Britannica Blog».

For more information there is a book on the subject available through Amazon», or to visit the exhibition visit the Maryhill Museum Website». There is also a course on Vintage Doll making inspired by the Théâtre de la Mode at Central Saint Martins»