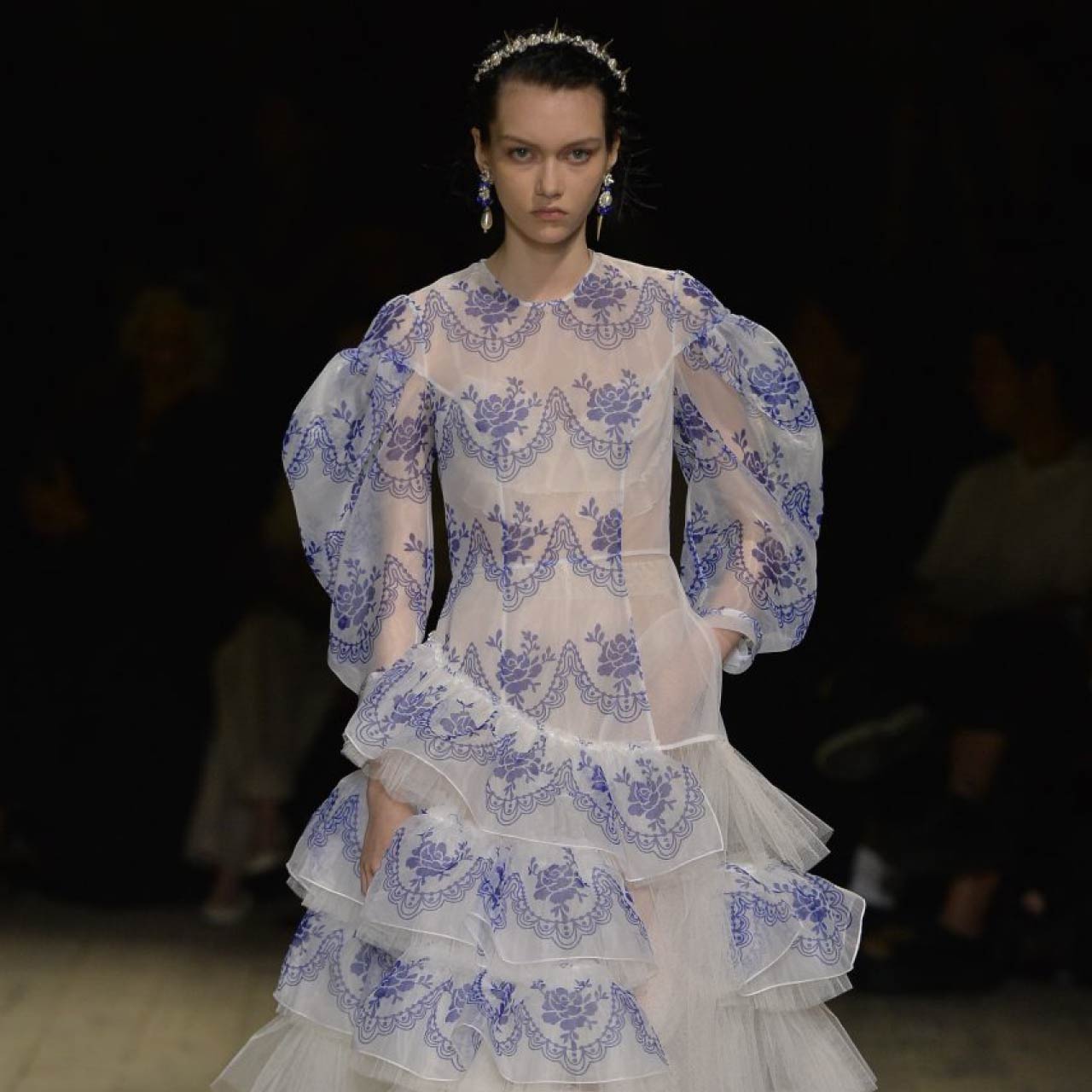 The Spring-Summer 2020 collection from Simone Rocha featured asymmetrical layers of sheer fabrics that had been gathered into transparent flounces and ruffles. The embellished fabric used, often blue on a white background, appeared like fine translucent porcelain, creating a delicate effect.

While the collection itself featured other garments, including some beautiful dropped-waist cuts, the focus here is on how the designer has dealt with the detailing on the sheer looks. Looks which were often layered up with multiple garments; skirts with tops, multi-layered dresses, sheer dresses worn over white underdresses, and long sheer coats layered over crisp white blouses and cropped trousers.

There was often an interplay between the symmetrical details of the prints, and then asymmetrical cuts. Some garments were cut with sheer panels to reveal underlayers, while other garments used ruffles or flounces that didn’t complete a full circumference of the skirt, instead stopping short to reveal the tulle underneath that was creating the fullness. It was deconstructed in cut, but not in finish, with every edge perfectly finished with lace or delicate pin hems.

Flounces and ruffles were used often in the collection to create tiered skirts, or trailing off in an organic curve along the edge of dresses. Remember, ‘flounces’ and ‘ruffles’ are terms which often used interchangeably in reviews, but are constructed in different ways. So if you are communicating with your pattern maker, you may like to review this article on Flounces and Ruffles» to ensure you are getting the effect that you desire. 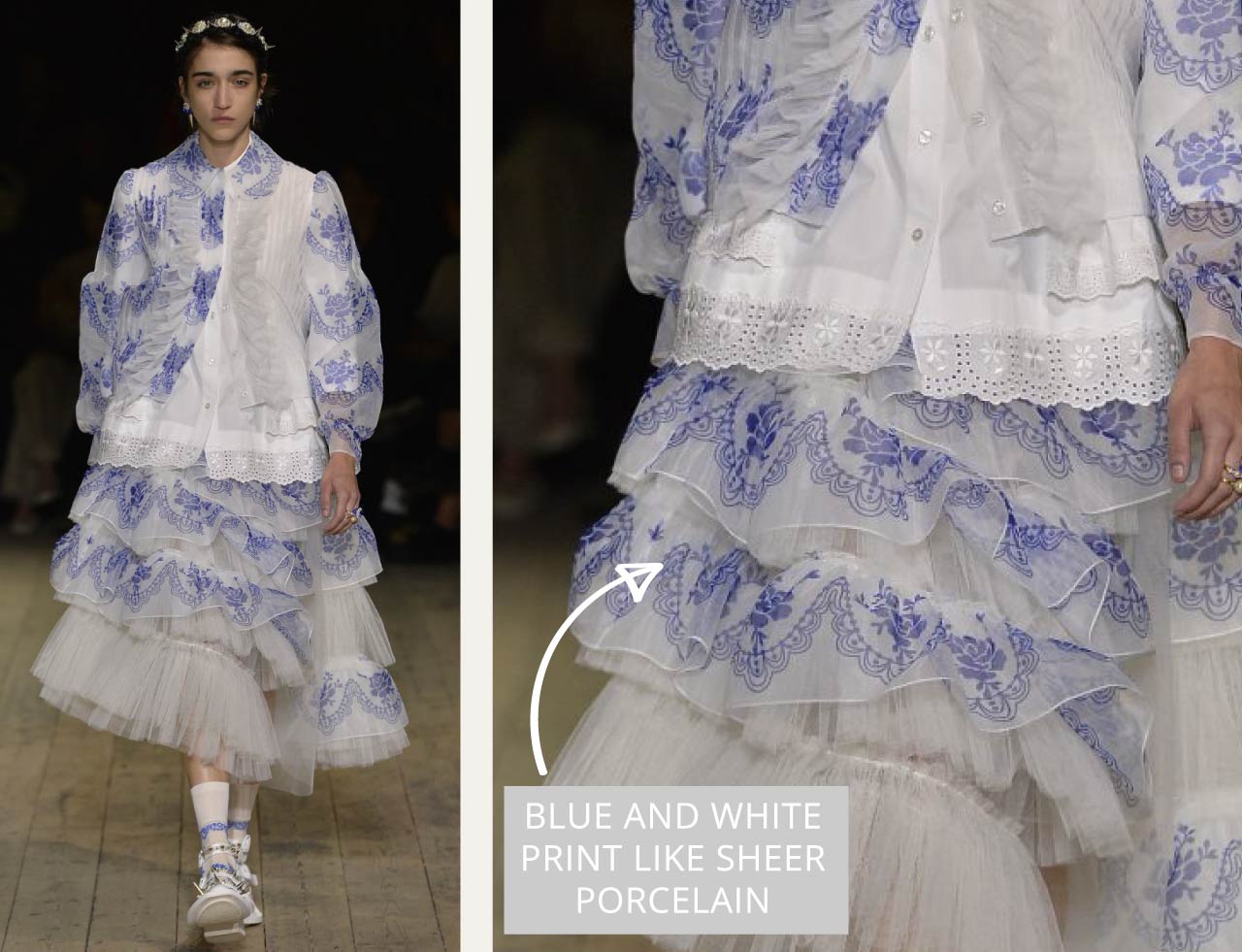 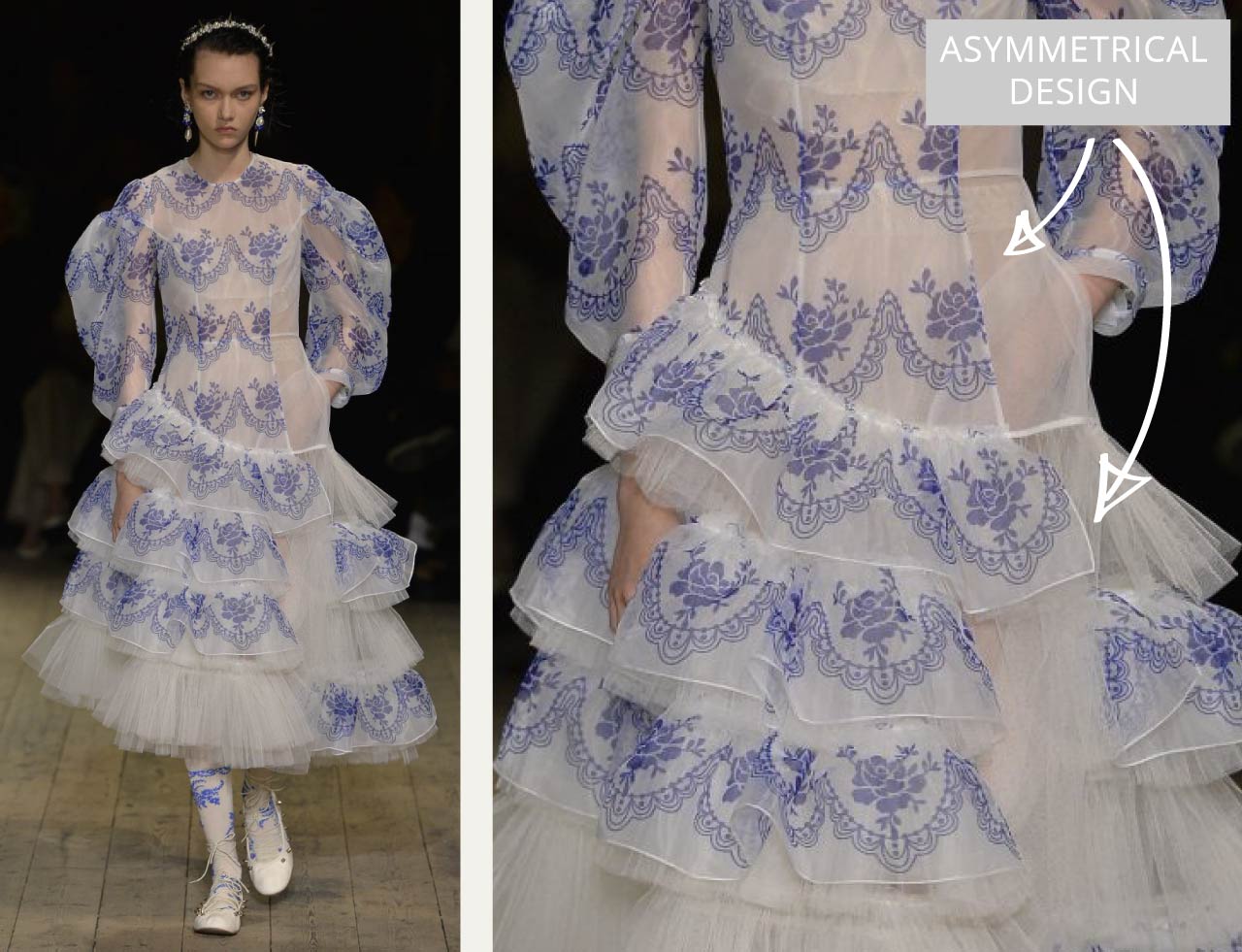 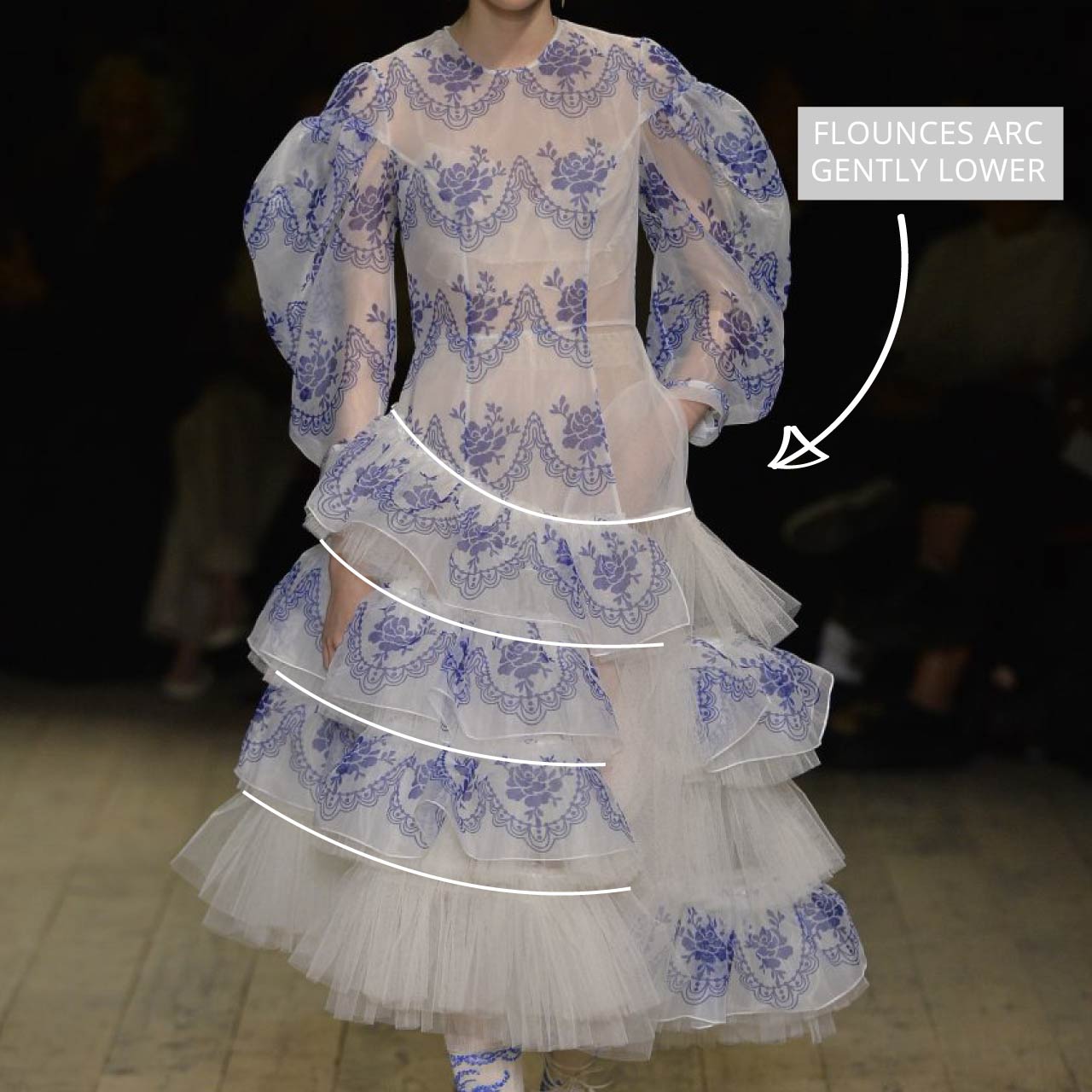 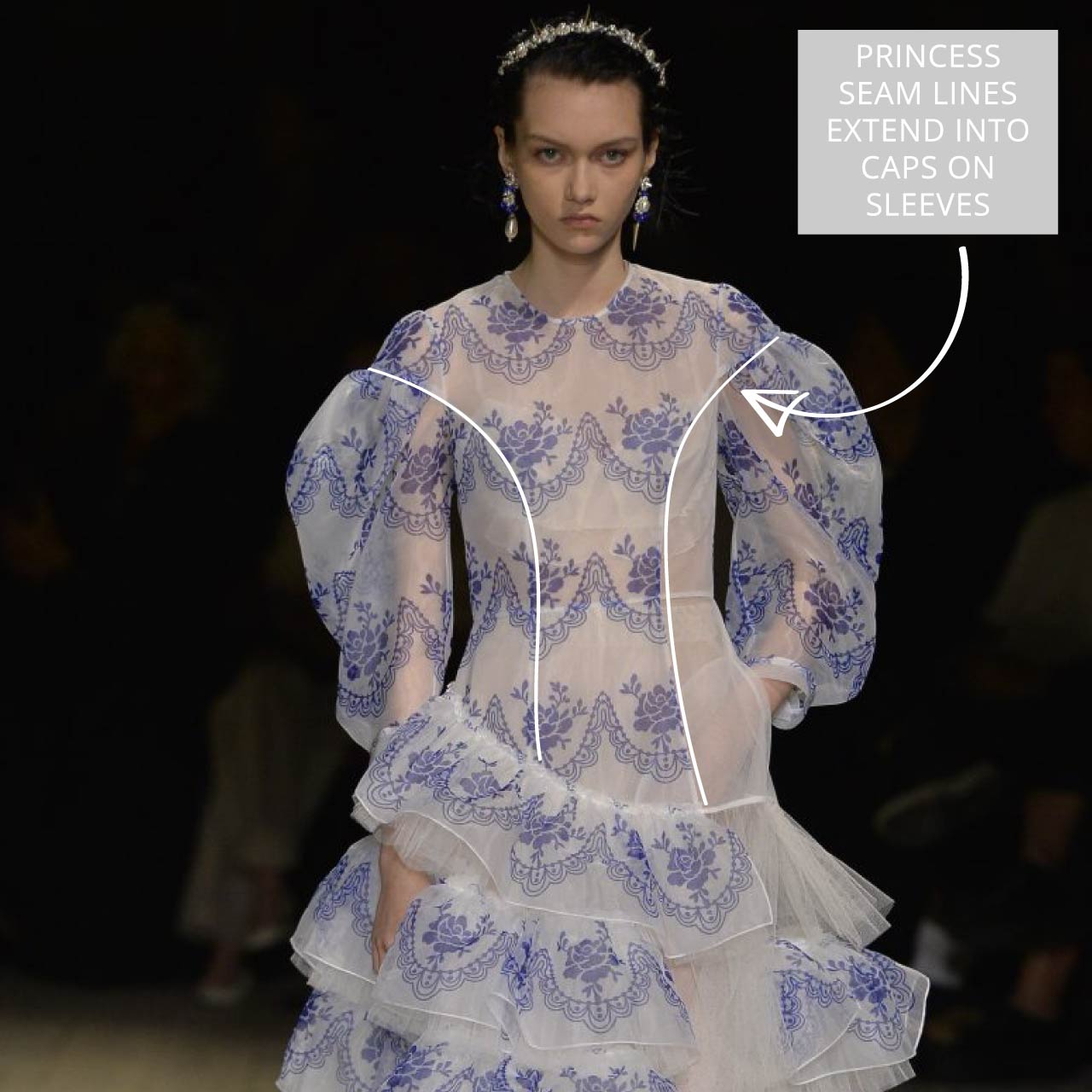 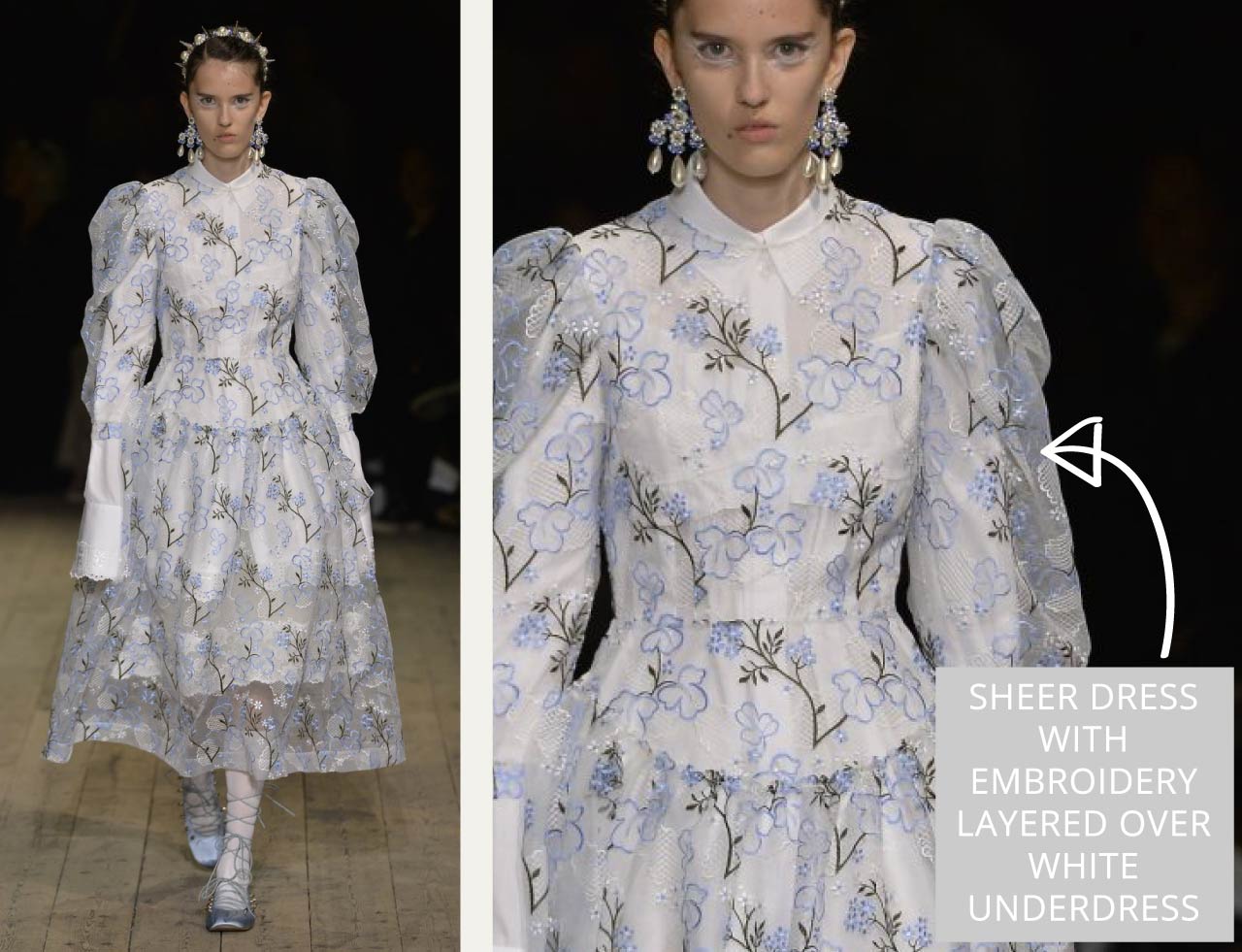 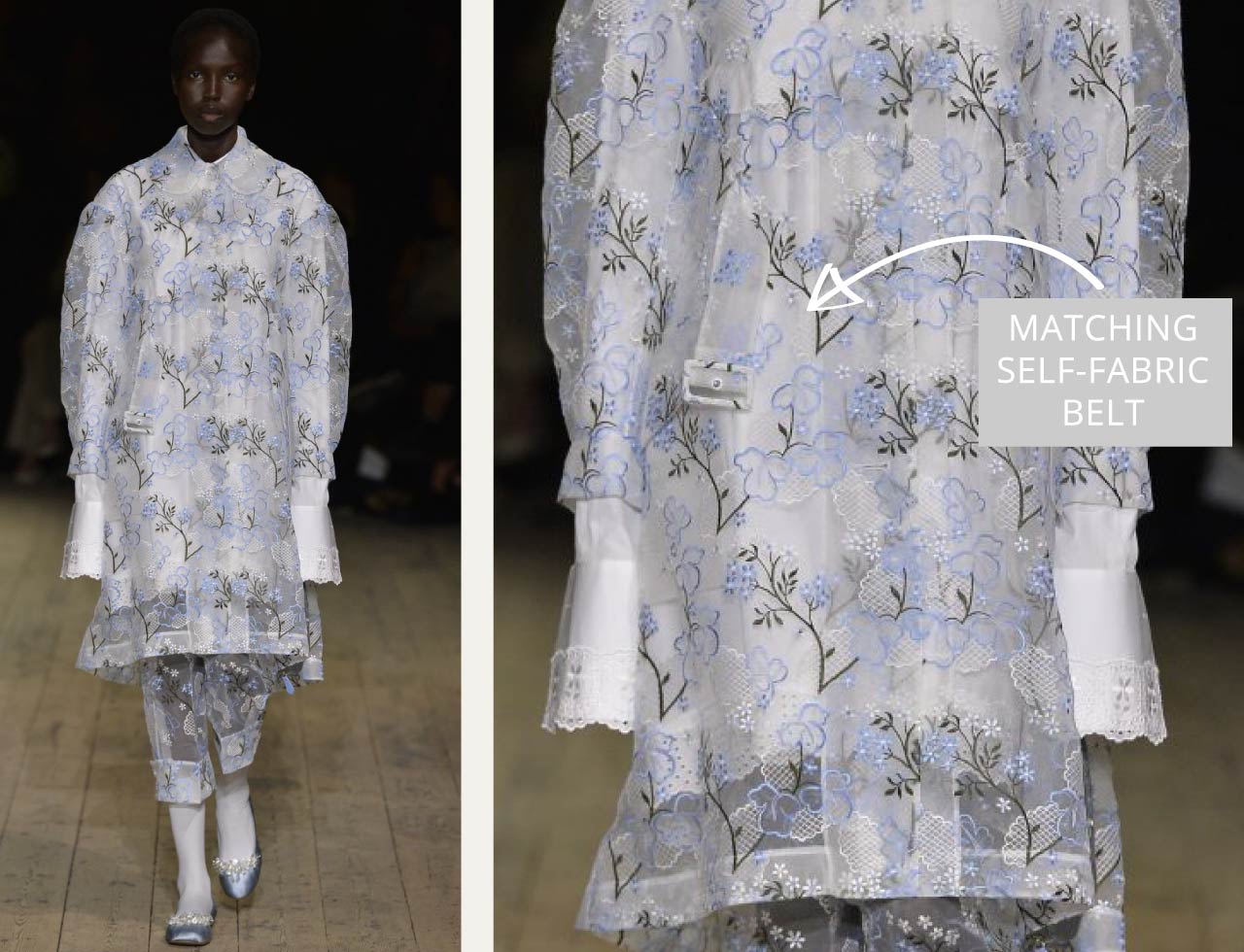 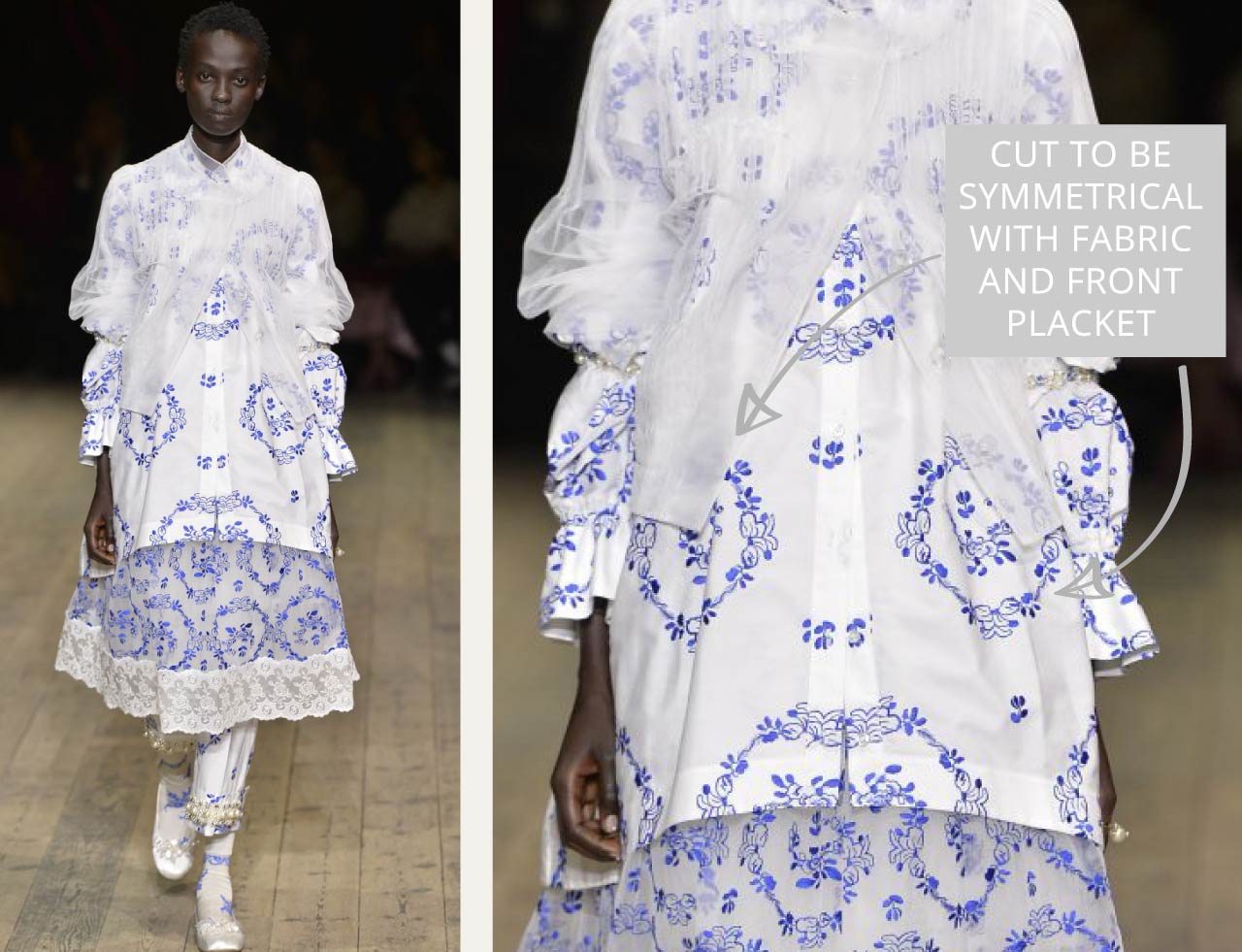 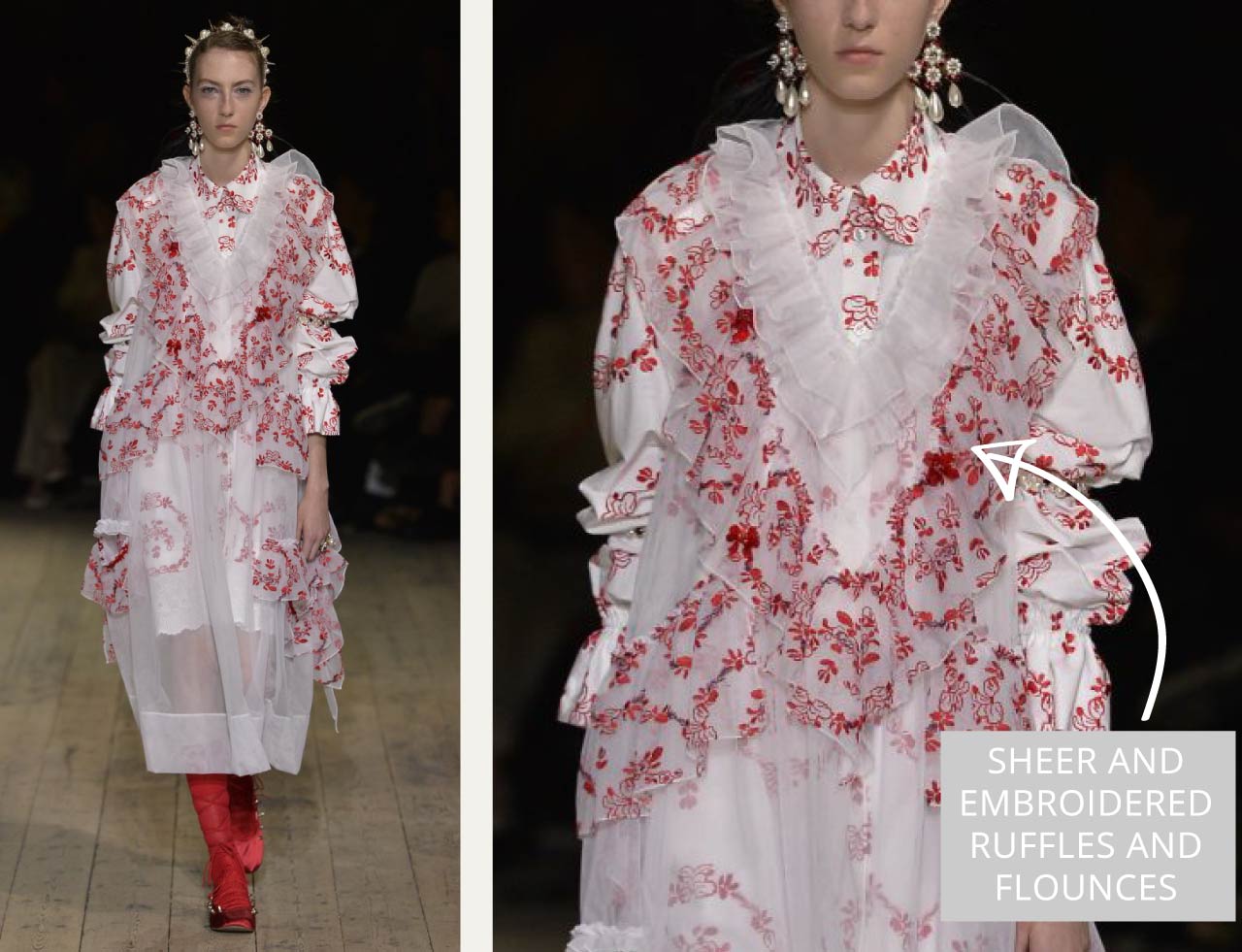 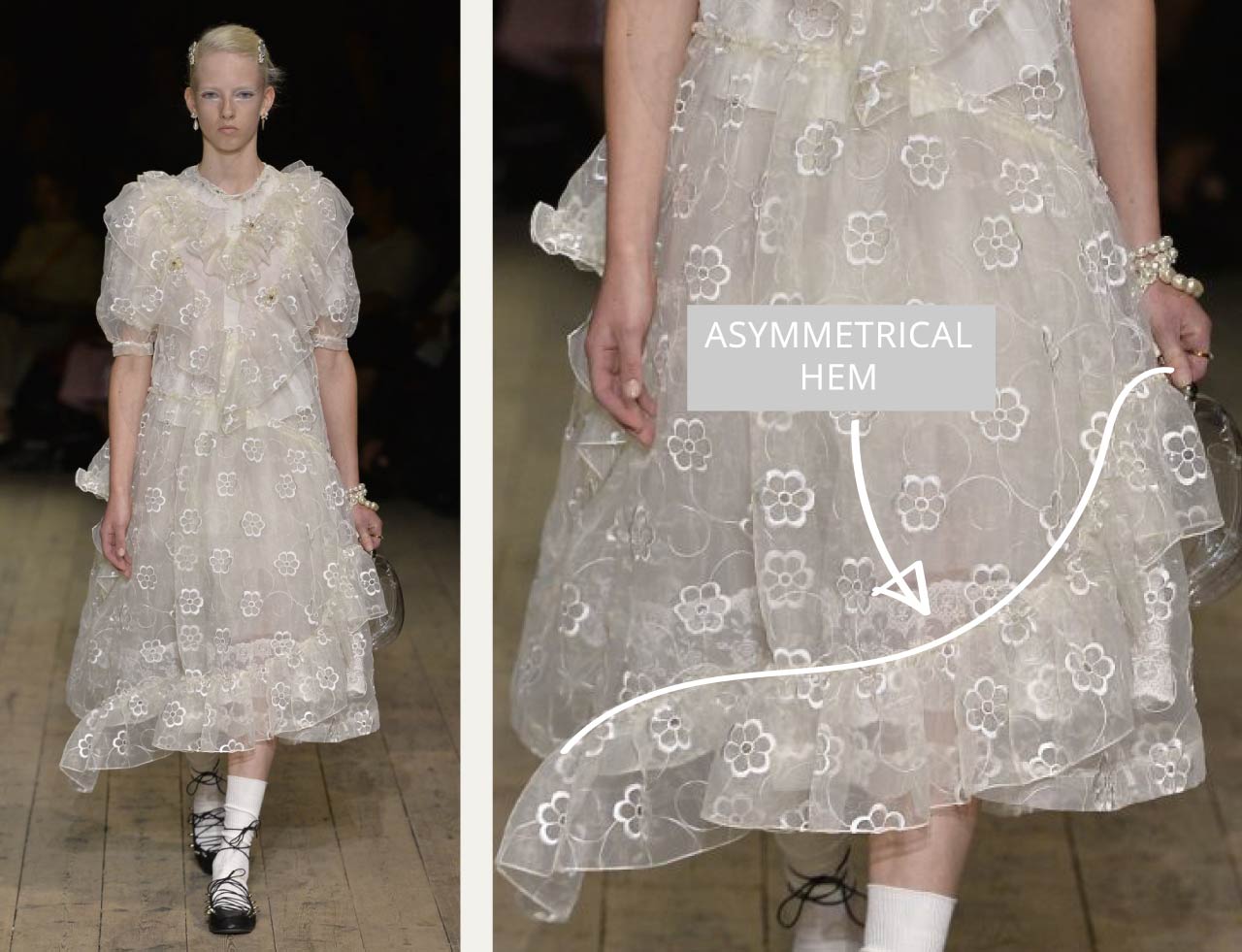 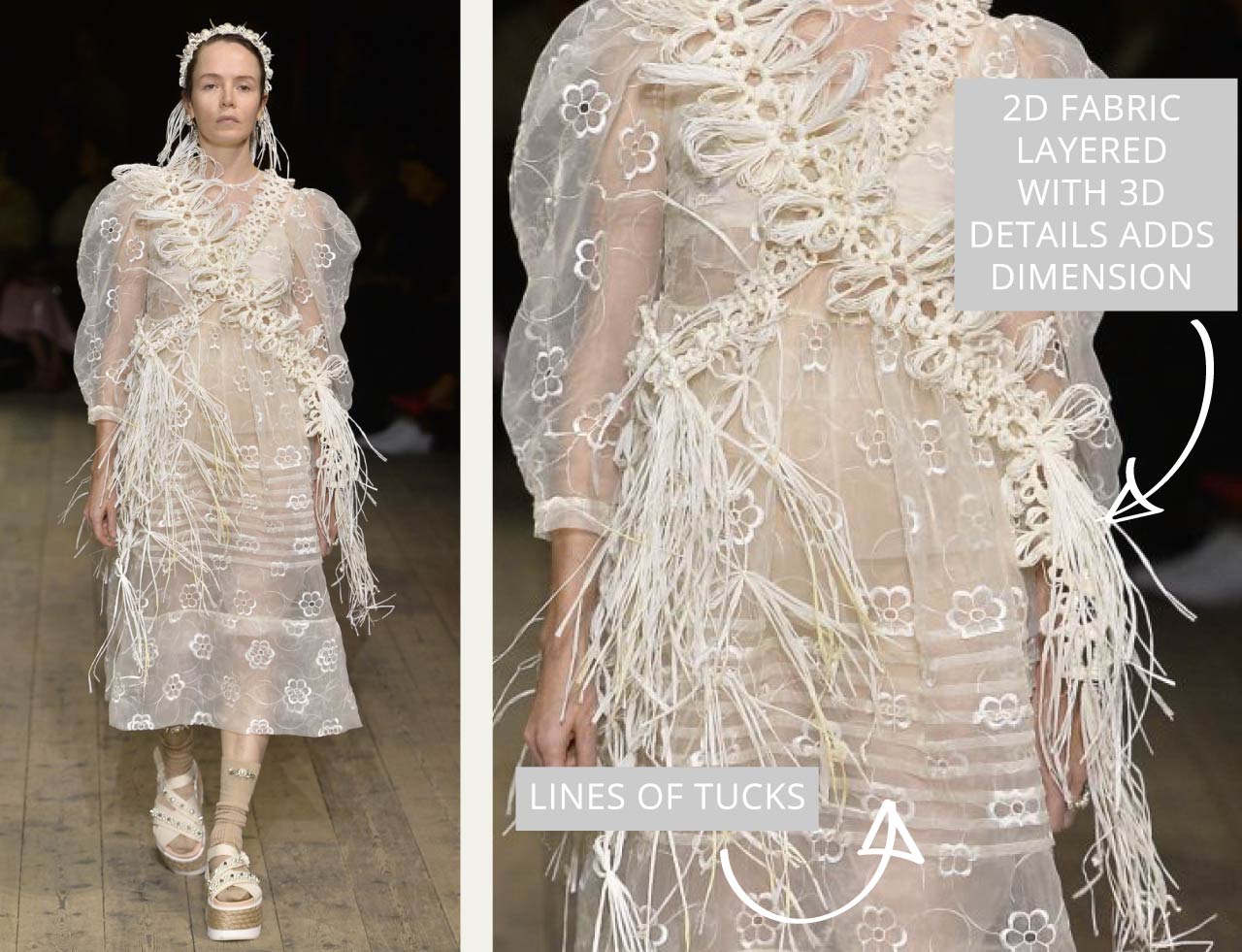