Trompe-l’oeil Latex at Viktor and Rolf

Trompe-l’oeil Latex at Viktor and Rolf 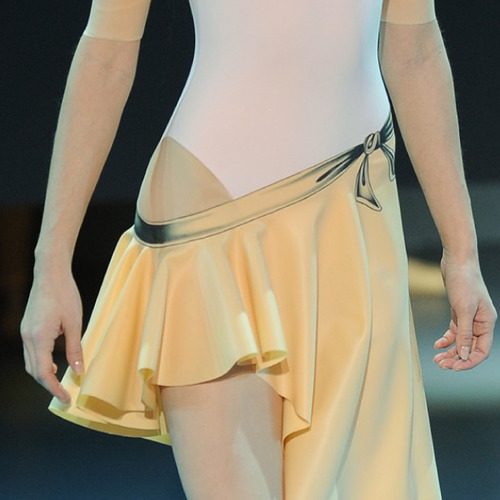 Lightweight latex tattooed with trompe-l’œil ruffles, bows and swallows was the feature of the recent Viktor and Rolf couture collection, which was modelled by members of the Dutch National Ballet. The latex in tones of nudes, beiges, browns and pinks worked perfectly to blend with the skin tones of the dancers, blurring the line between latex skin and actual body.

A sense of illusion was central to the Spring-Summer 2014 couture collection, where the flatness of the materials contrasted with the 3D illustrations. The flatness of the garments and the 3D drawings were also contrasted with the fit and flare pattern cutting, which carefully directed fullness into specific areas of the garments. These areas of pattern fullness were carefully engineered to work with the illustrations so that bows and swallows appeared to be holding up the fabric and controlling the drape of the fine latex.

Another detail worth noting was the use of underarm gussets on some of the garments which allowed the latex to be cut close to the body. Using gussets as opposed to seams or darts worked perfectly with the latex, as this allowed for larger areas of flat latex rather than breaking these areas up with panel lines. The use of gussets on such a tight fitting garment can also allow for more movement than other seam configurations and is useful when the body and sleeve pieces need to be cut in fewer pattern pieces. 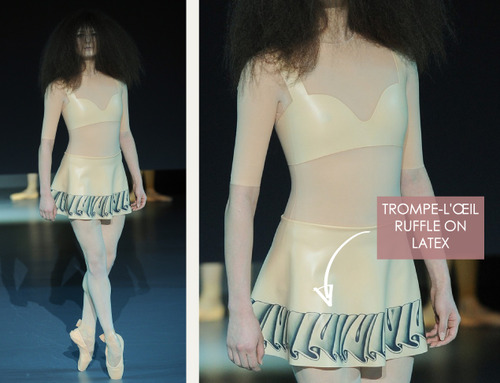 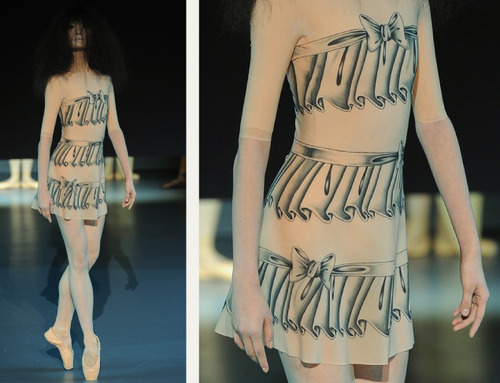 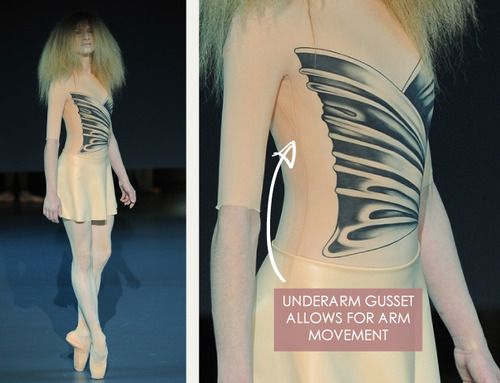 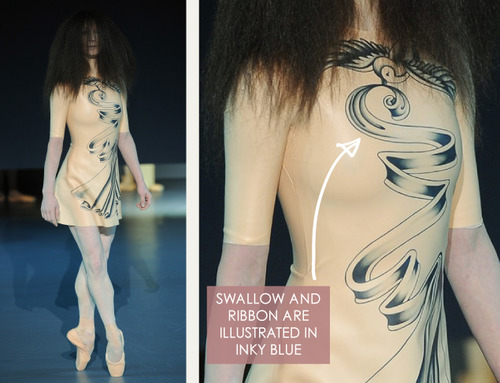 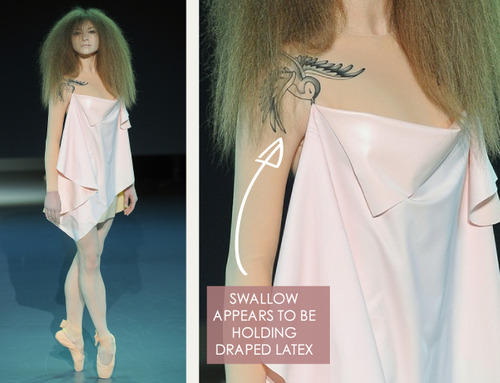 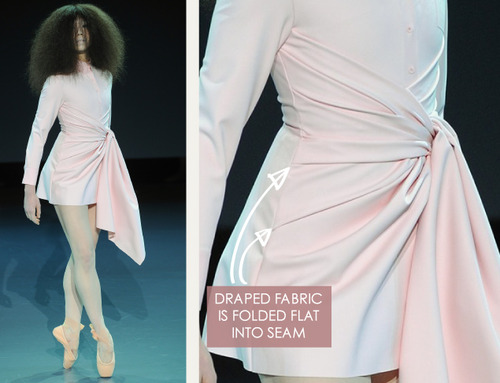 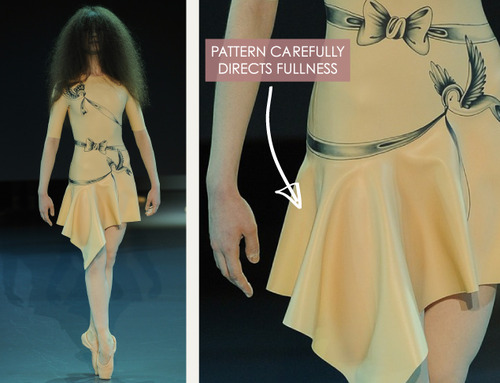 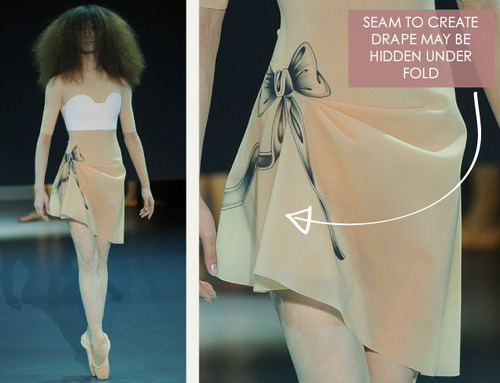 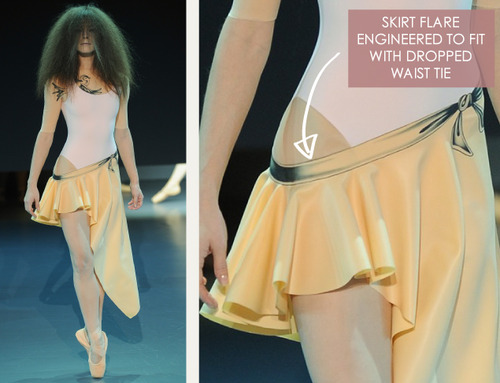 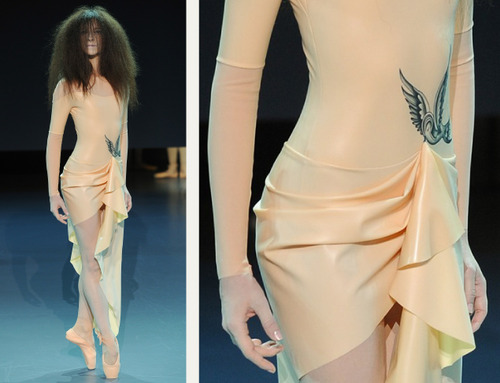 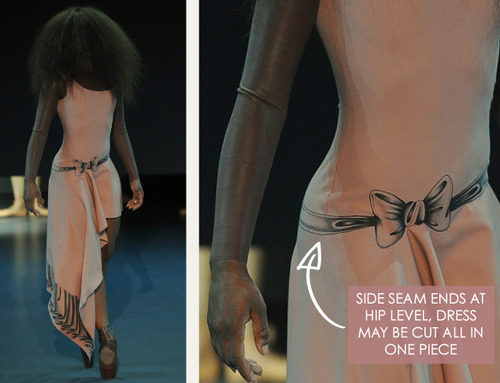 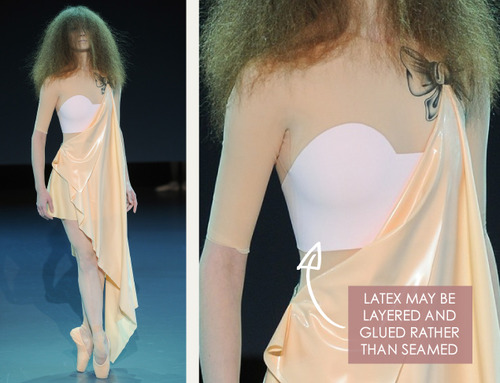 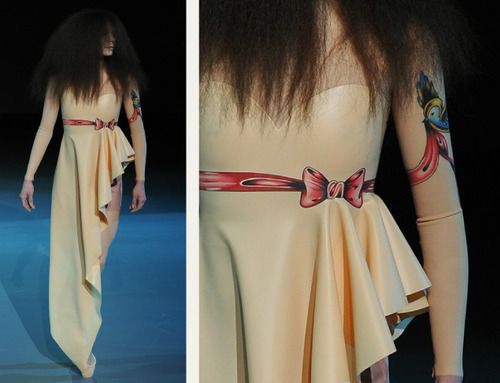