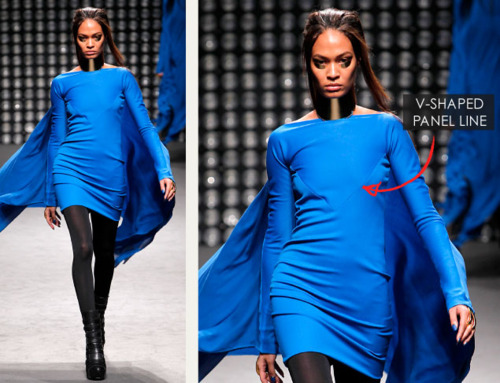 In the Autumn-Winter 2011 collection by Gareth Pugh, there was a subtle v-shaped panel line running across the front panel pieces, that echoed the placement of trims and geometric embellishment on other pieces from the collection.

Once you understand the basic principles of how darts are used for shaping fabric around the curves of the body, the use of seamlines for a similar function becomes fairly simple to understand.

On any pattern, the dart can be extended and replaced by a seam line. In essence the value of a dart or a seam allowance represent the same thing – they are both sections of a garment that are not visible on the outside of the garment. When viewing a pattern piece, you can imagine the way that a dart will be folded out, or two seamlines will pull together with stitching, in order to create a 3D form. 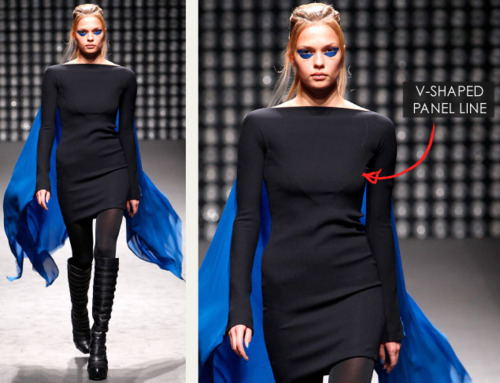 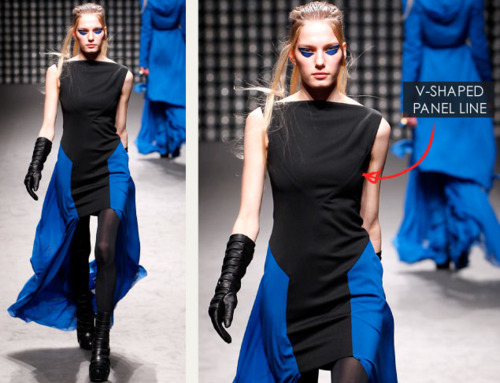 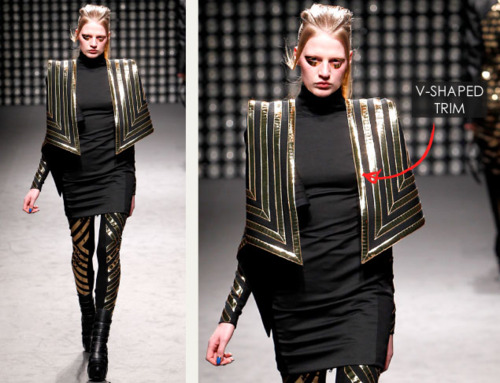 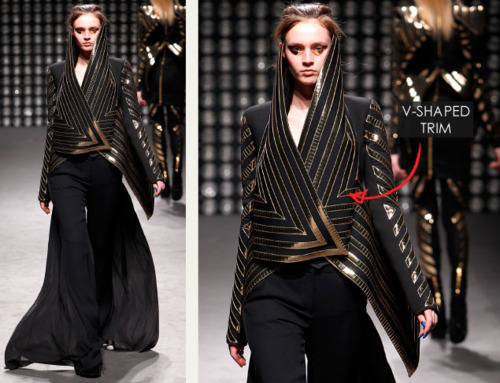 Below are the instructions and diagrams for how to move the dart value from a bust dart to a v-shaped panel line. This has been done using the “Cut and Spread” method of pattern making. 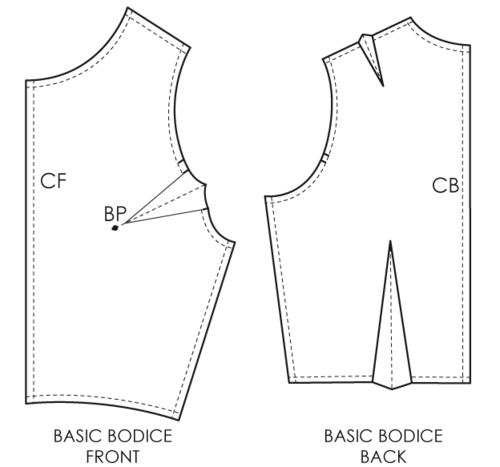 Below are the images, numbered to match the instructions: 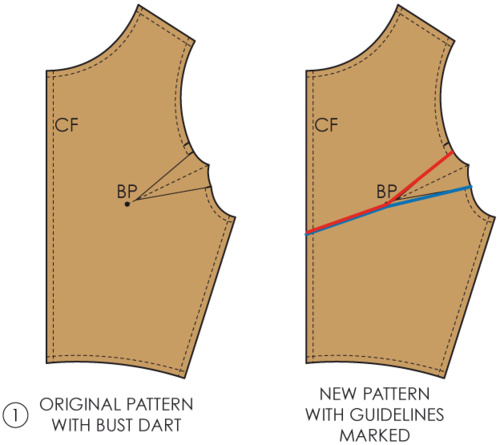 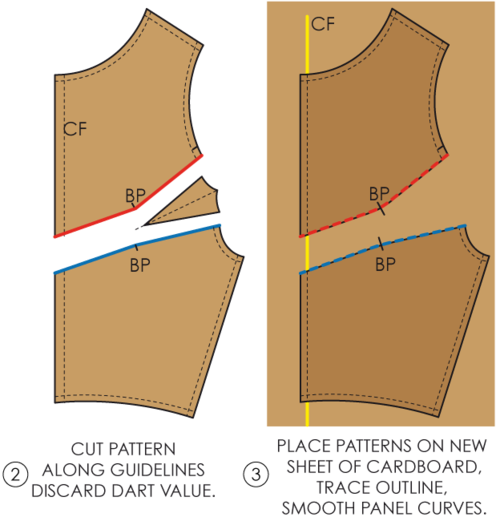 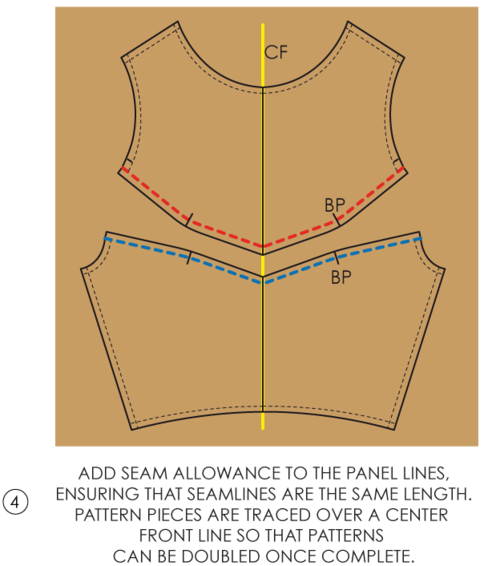 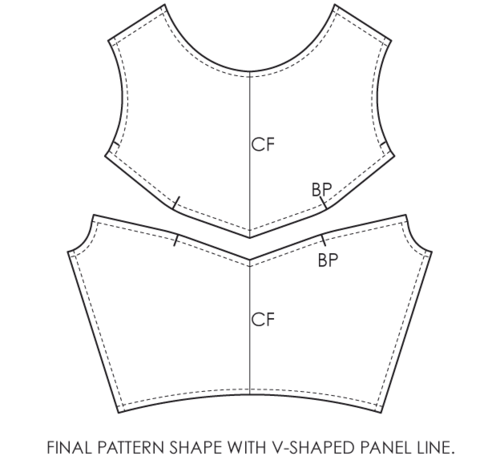 Catwalk image from Vogue.co.uk» Diagrams from The Cutting Class.