Velvet Covered Boning at the House of Worth

Velvet Covered Boning at the House of Worth 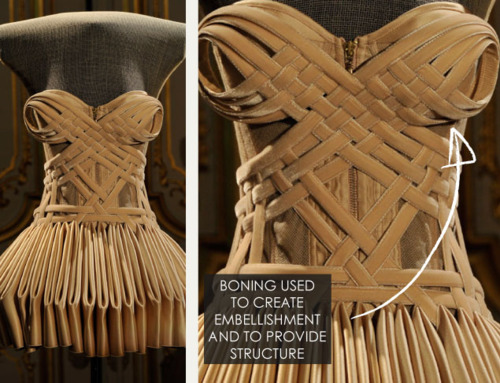 House of Worth, Couture, AW11, Paris.

Boning is a structural material most commonly used hidden away inside garments to form cage-like structures that support the body or the garment. It is a material often associated with corsetry, where boning is often inserted into channels in the fabric or enclosed under bias binding in strips that run vertically up and down the torso, moulding to the curves of the figure.

Despite being primarily a structural device, boning has been used in the Autumn-Winter 2011 Couture collection by the House of Worth to create curved and woven effects that make it more akin to embellishment and decoration rather than simply being functional. In the garments below you will also see how the boning is used to create cage-like effects that are visible outside the garment and not hidden away, and this is becoming a common use of boning seen over the last few years alone in the collections at Valentino and Thom Browne. This is largely due to the fact that it is the strongest and thinnest material for creating these types of structures, also having the benefit of being extremely lightweight and flexible. When boning is encased in an outer layer of fabric, such as here where a layer of velvet or velvet ribbon appears to have been used, this allows the boning to be sewn against itself, to create tension and form structures. The cage-like appearance is also a reference to the way that boning would have previously been used – to create cages over which long skirts and dresses would be worn. 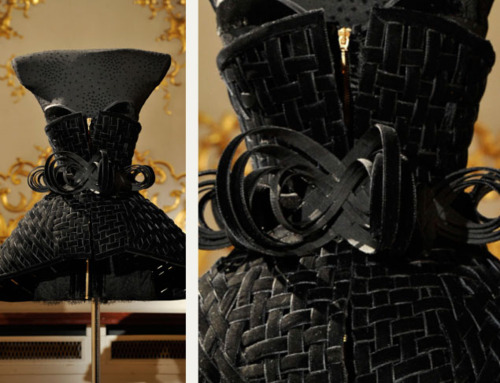 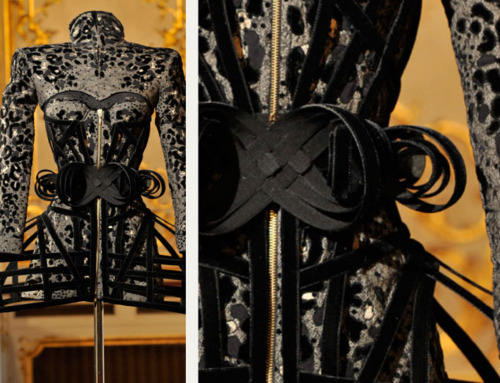 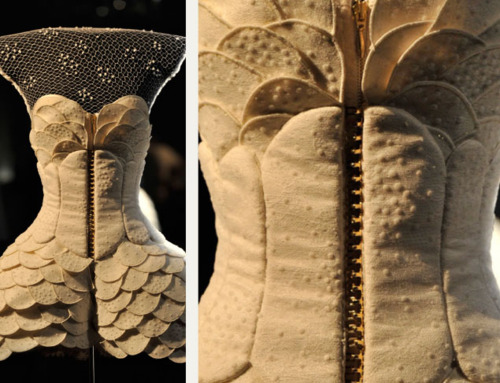 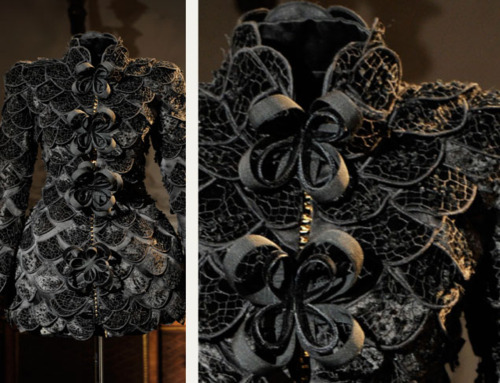 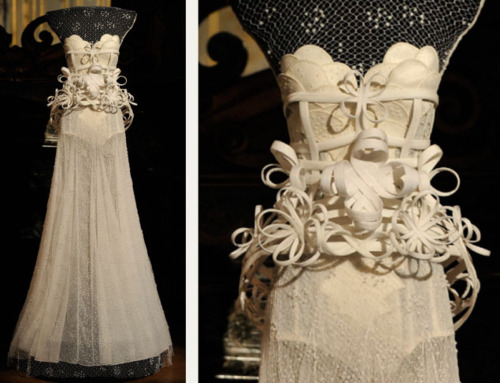 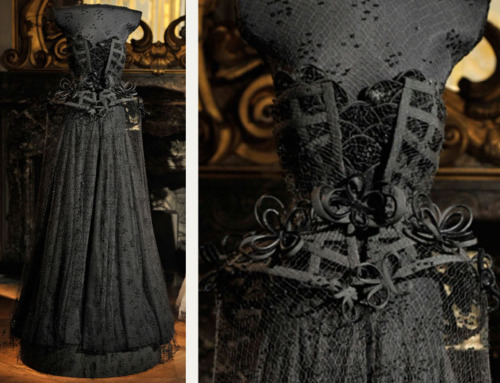 House of Worth, Couture, AW11, Paris. 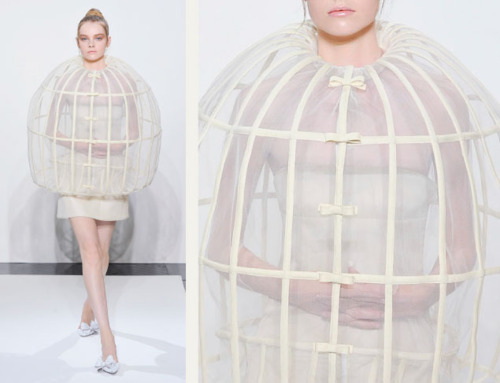 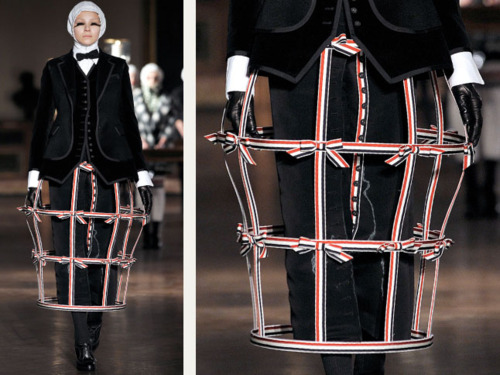 Boning is available in different varieties, with the most common varieties now available in plastic versions and sewable variations though there are still metal versions available for stronger structure as shown below:

Catwalk images from Vogue.co.uk for House of Worth», Valentino» and Thom Browne»