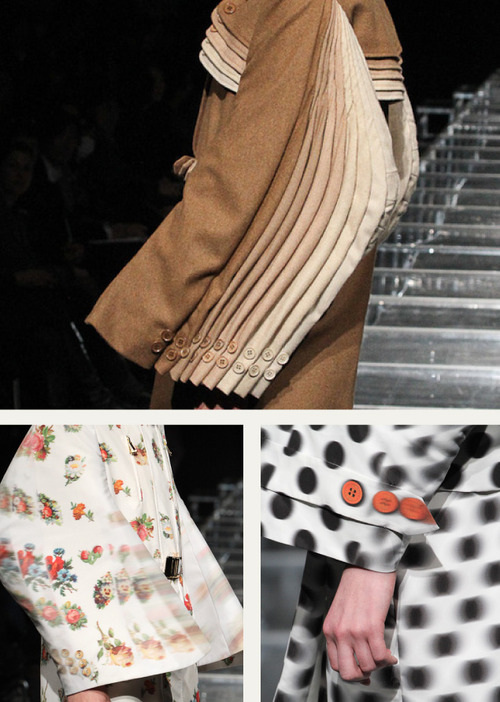 In the same way that some of the Futurist artists used stuttering lines to indicate speed and movement, Japanese label Anrealage was able to give the impression of blurry human movements, seen as though captured through the passing of time for the Autumn-Winter 2012 collection.

At first some of the garments trick the viewer into believing the photos are out of focus, with exaggerated silhouettes enhanced using prints and patterns that blur on the edges. However the effect is created through carefully considered print placements and precise pattern cutting.

The effect is also executed with great attention to detail, as lapels and set in sleeves are layered in gradients of colour. These details are often completely repeated with any cuff or closure detail echoed as well. This is often done using colour matched buttons, or sometimes by including the buttons as part of the digitally printed fabric.

It is often the sleeves that are the focus of the garments, as though the models arms are swinging, and the exaggerated sleeve shapes are often created by using a seam along the outside edge of the sleeve and darts across the elbows to create a rounded effect. 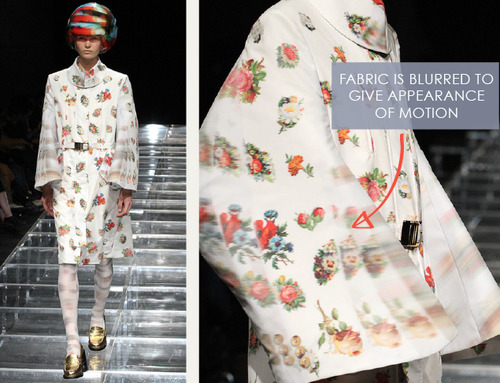 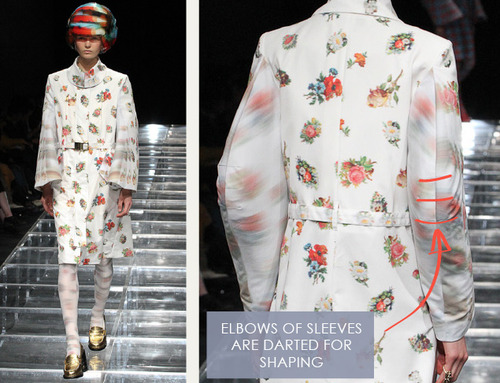 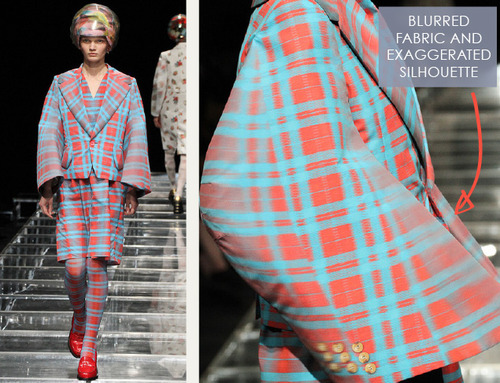 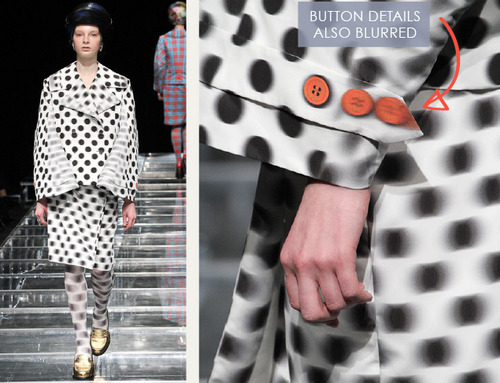 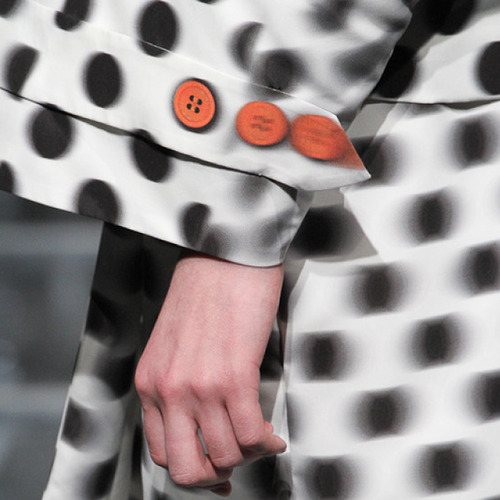 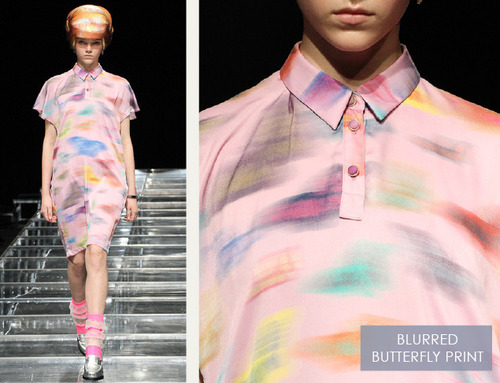 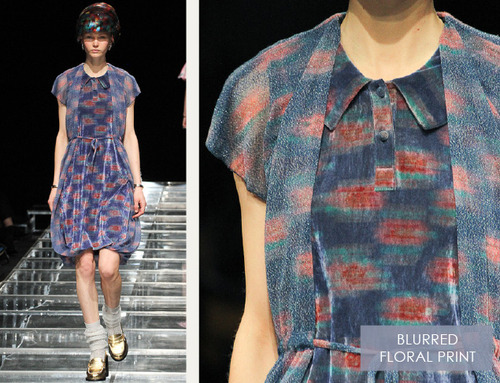 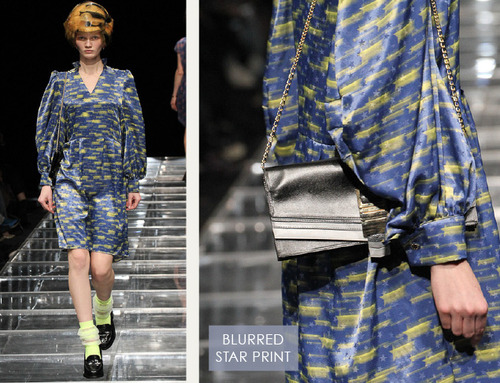 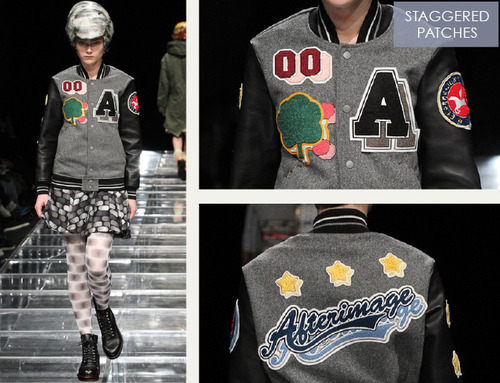 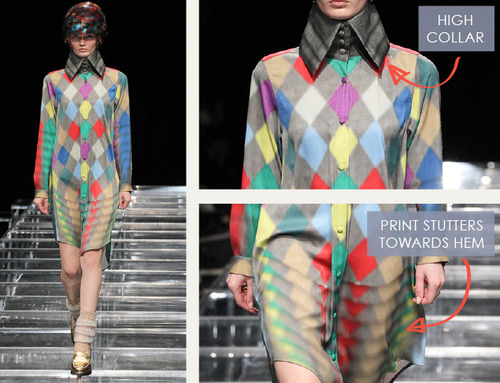 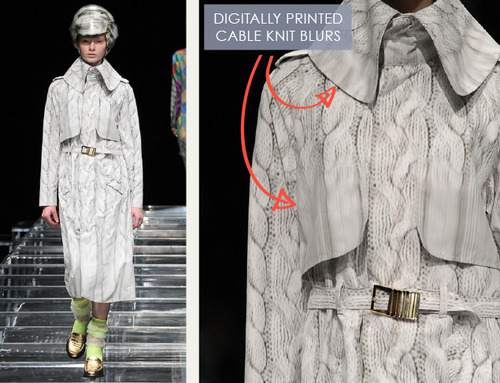 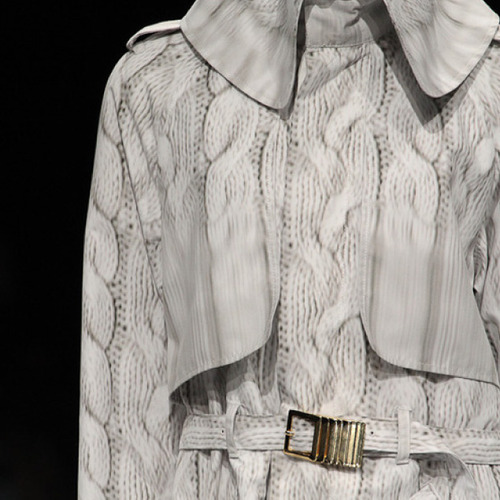 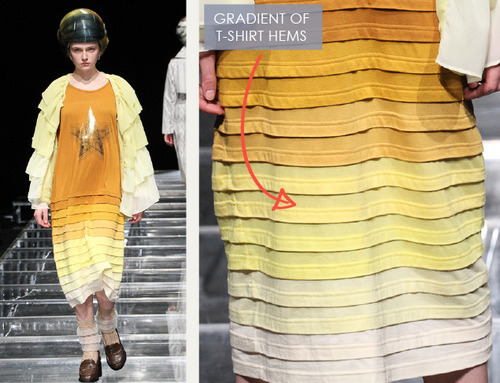 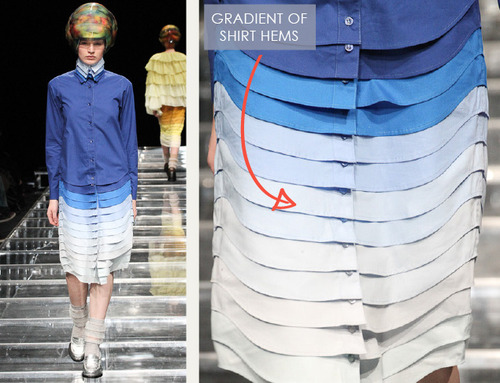 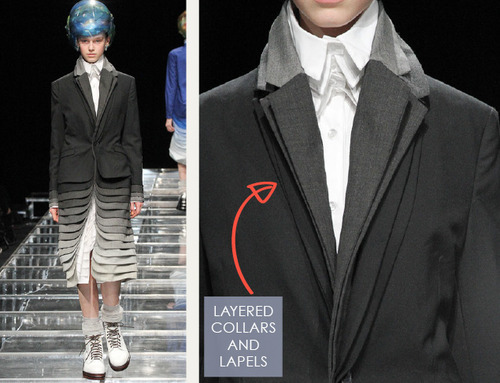 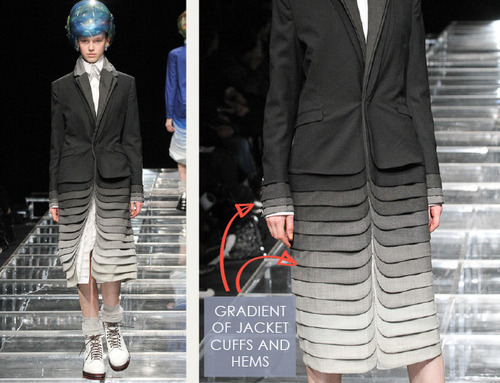 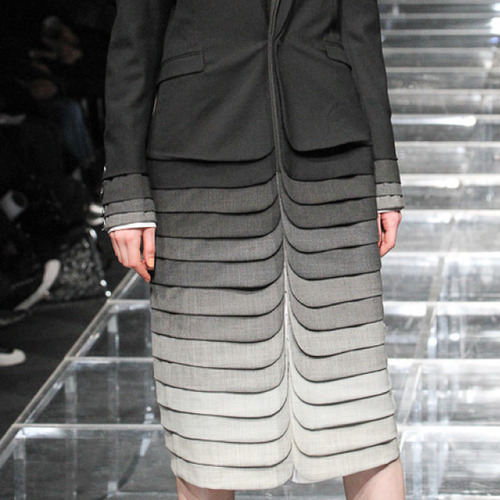 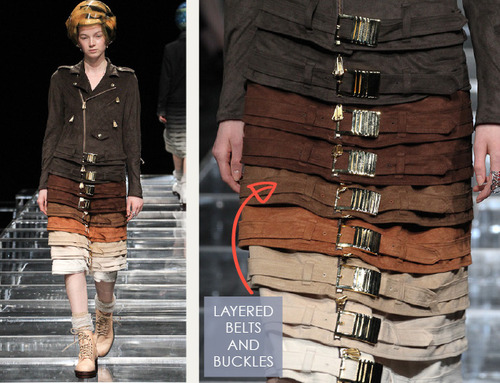 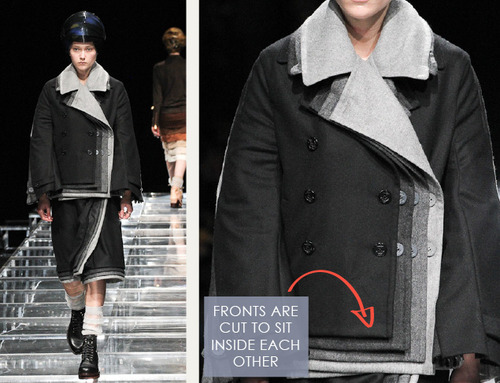 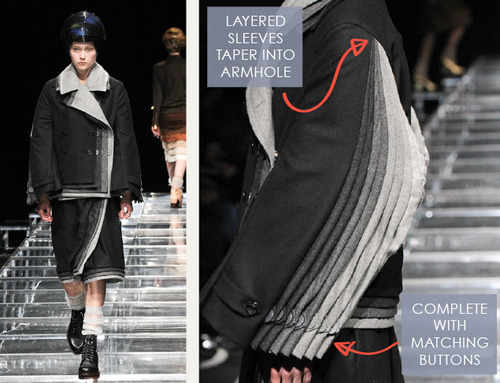 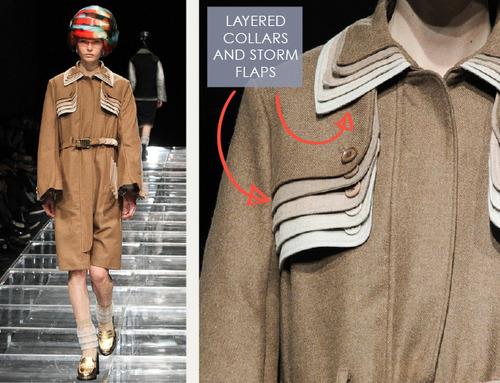 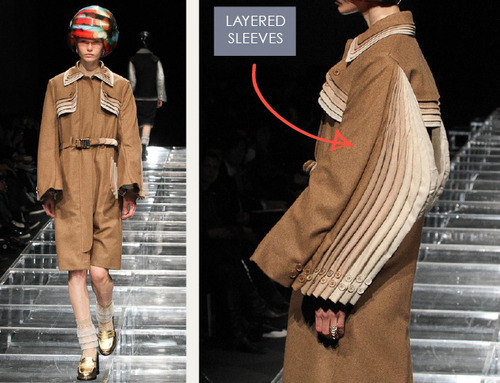