Ways To Think About Pattern Changes and Fitting Alterations

Ways To Think About Pattern Changes and Fitting Alterations 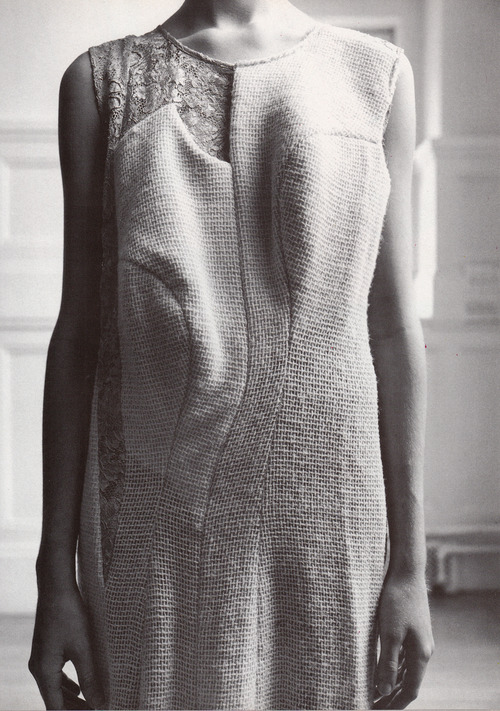 This amazing photograph of a Comme des Garçons dress provides a perfect visual example of how to think about parts of garments as separate plates that come together to create a 3D form. Thinking about a garment in this way will help you to recognise fitting problems and to correct pattern issues.

For example, when we are looking at a garment that doesn’t fit correctly we often try to think in terms of simple horizontal or vertical pattern changes. We often try to see the changes that we need to make to the garment based on simply shortening or lengthening the garment, or by taking in or letting out the vertical seams.

The following diagrams show these sorts of basic pattern changes: 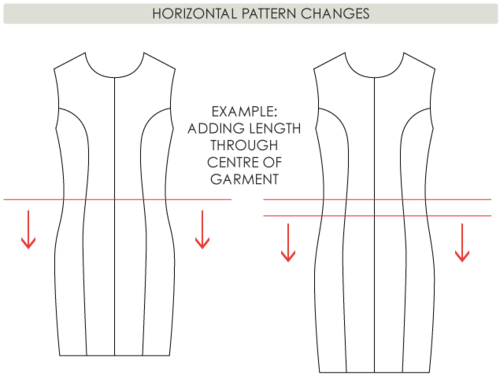 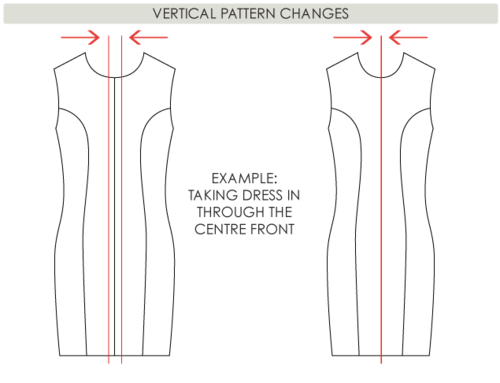 Or sometimes we pin in the extra volume along the seam lines that already exist in the garment. An example of this is shown in the following diagram: 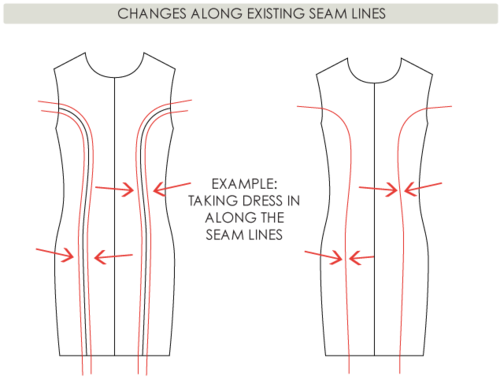 We look for these types of changes because they are the easiest to picture on the body, and are also the easiest pattern changes to make. We need to make sure that we don’t think that we don’t try to simply take in or let out patterns when there are bigger problems with the pattern. Sometimes we need to look past these simple changes and think about the pattern pieces moving in relation to one another, in the same way that the Comme des Garçons dress pieces appear to be sliding next to one another.

For example, sometimes the notch positions will need to be moved and you may need to realign the panels in relation to one another. When you are fitting a garment on yourself or another person you should picture what would happen if you were to slide pattern pieces up or down in relation to one another as that may help to solve your pattern issue. An example of this is shown in the following diagram: 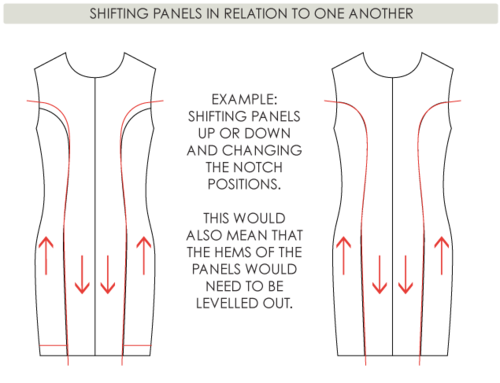 Sometimes the changes you need to make to the pattern may actually involve taken away slices of volume from sections of the pattern. This will allow one edge of the pattern to stay the same length while shortening another seam of the garment.

An example of this type of change is shown in the image below where the armhole of the dress is shortened, but the neckline seam is kept as the same length. The result is that in the new tracing of the pattern the shoulder line will slightly rotate in relation to the centre front line. 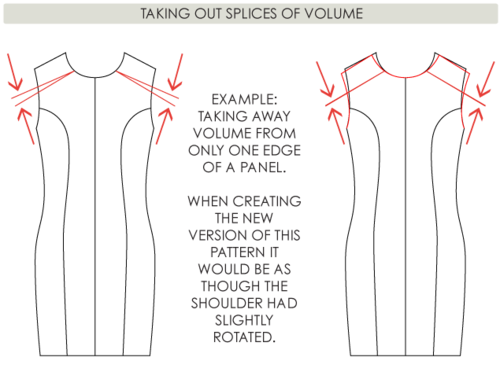