Nicolas Ghesquière has a knack for creating collections that look very wearable but that are still filled with quietly innovative construction details and carefully developed fabrics. For the Autumn-Winter 2015 collection at Louis Vuitton these elements were combined together in unusual ways to create garments and looks that were a blur of textures and construction references.

There were silky slip dresses spliced with angular contrast panels and chunky zips that appeared to be cut like lingerie and sewn like sportswear, even complete with lace panels, elasticated trims and zigzag stitching. Minimal knitwear was transformed with fully-fashioned splices running across the chest, and rib structures that splayed out to create fluted hems. Occasionally these knit pieces also appeared in sparkly metallic versions that were layered over mini skirts. Mini skirts appeared throughout the collection in a range of different fabrics from leather to pixelated sequins. The leather versions involved minute LV branding with tiny buckles and straps embossed with the LV logo. The fly front on these skirts was often also emphasised with the use of an exposed zip surrounded by an appliquéd panel in a contrasting leather. 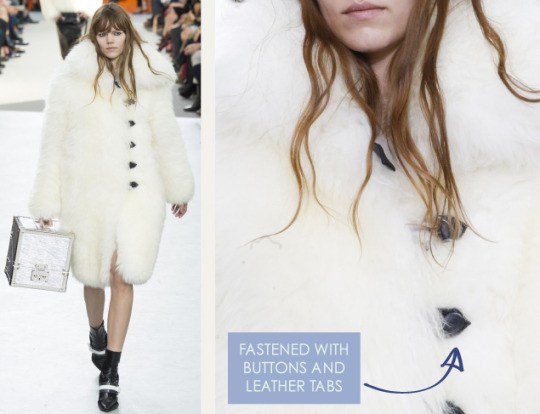 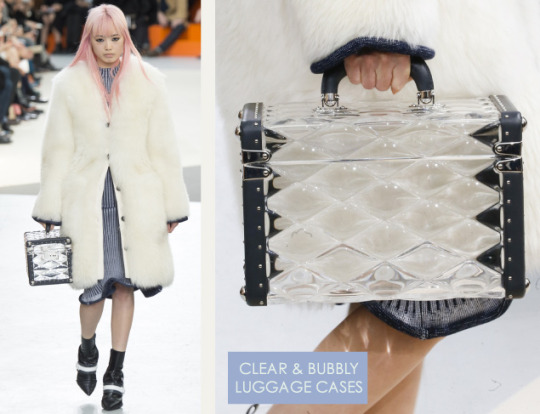 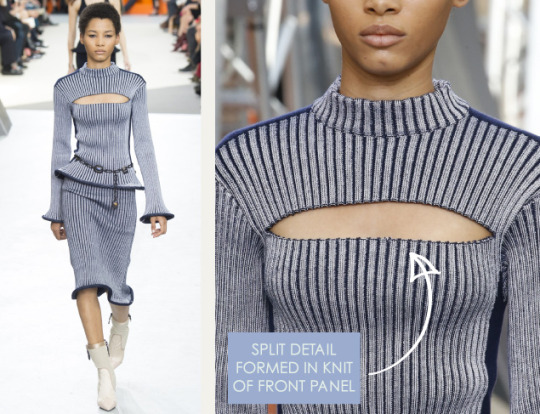 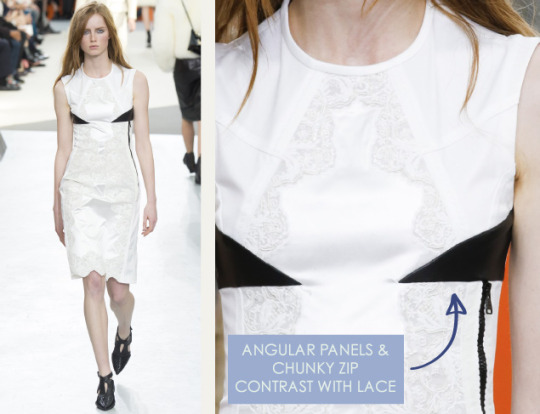 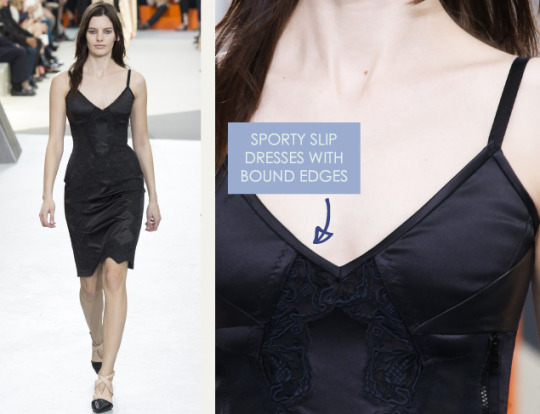 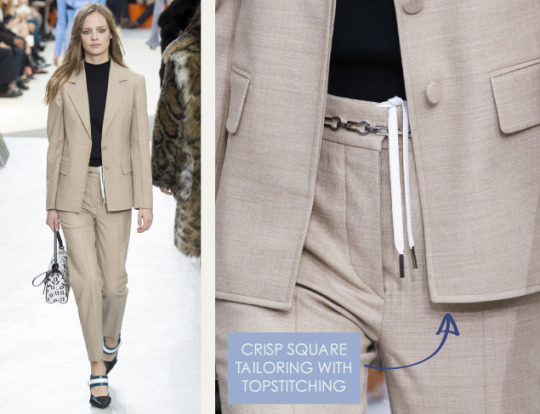 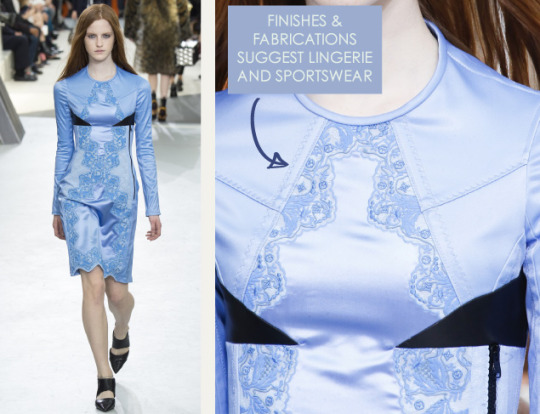 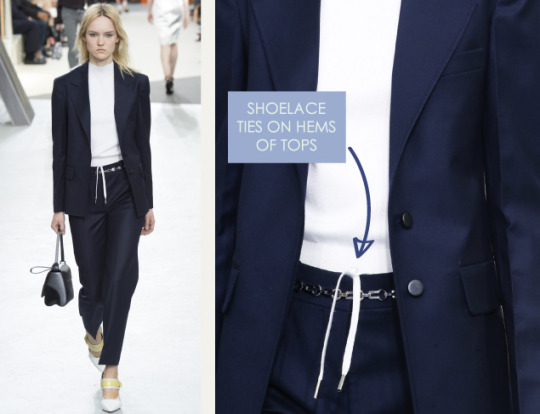 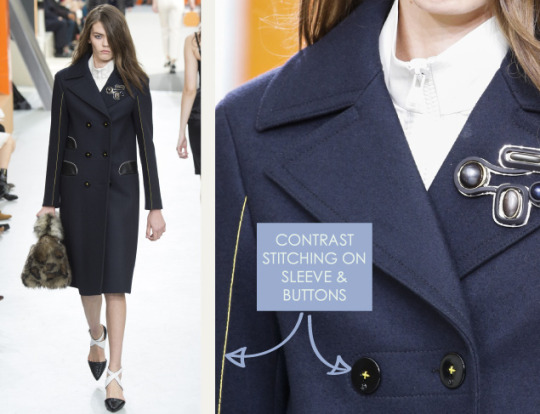 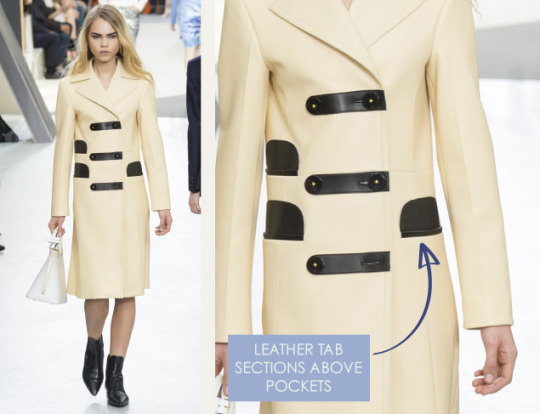 The sharp tailoring in the collection had a crisp quality, which was possibly a feeling created specifically through the pattern tweaks and construction choices used. For example, the hems were cut square and flattened with an outline of topstitching, while the lapels sat clean and flat as though supported by a crisp fusing and shaped with a good flat press rather than leaving the lapel to roll softly at the neck.

The crisp tailoring was often softened by carefully chosen contrast details. Yellow topstitching ran down the sleeves of one coat, matching the yellow thread used to attach the buttons. Leather pieces were also used to create shaped patches above the pockets on some coats. The tailored pieces were often dressed down with the way that they were styled – layered over clean tops with shoelace drawstring hems to add another sporty reference.

The fact is that lots of these details look easy, but they’re not. Those knitwear splits had to sit at just the right place so that the gape didn’t look awkwardly tight or sloppy. And the panelled slip dresses could so easily have looked puckered and messy with misplaced black panels sliding away from that underbust line. Add in a good sense of proportion, well-fitted clothes and enough time and resources to iterate and you can take unusual ideas and turn them into a well executed collection. 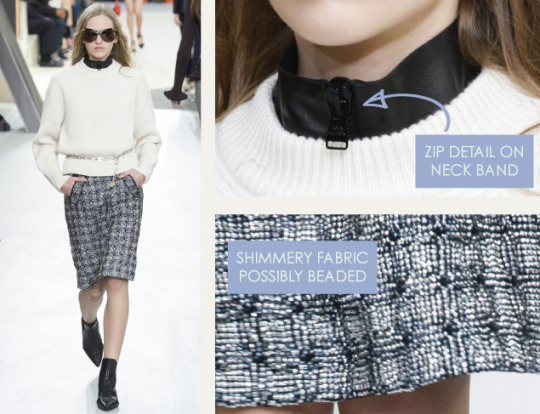 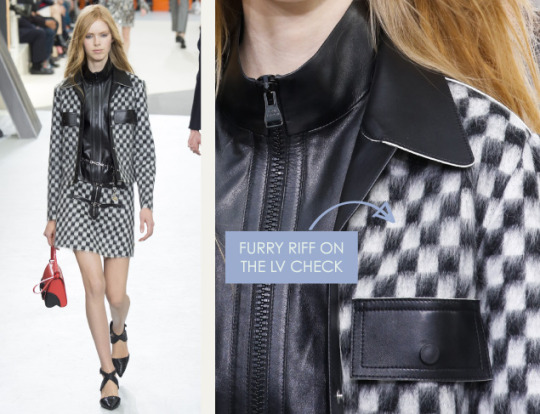 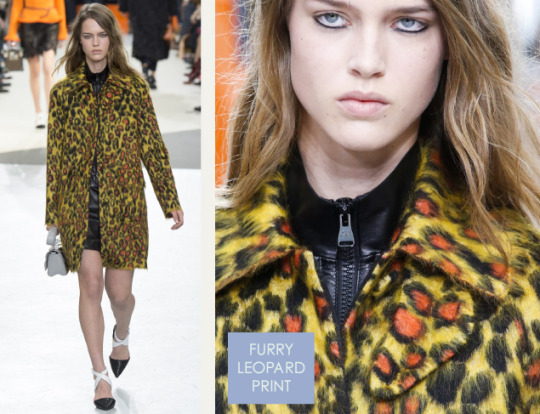 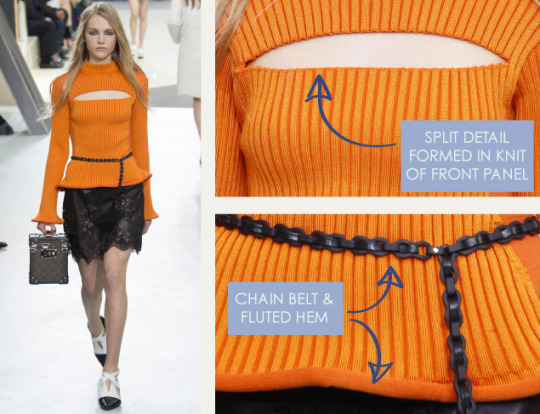 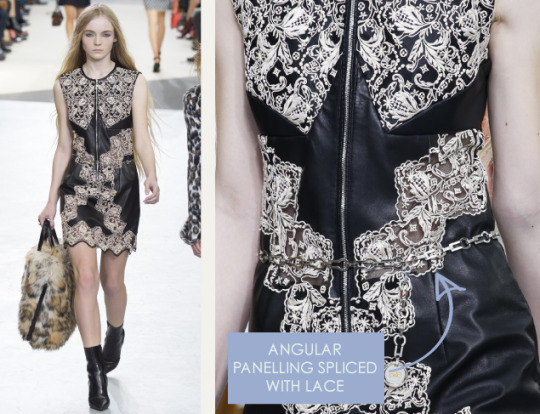 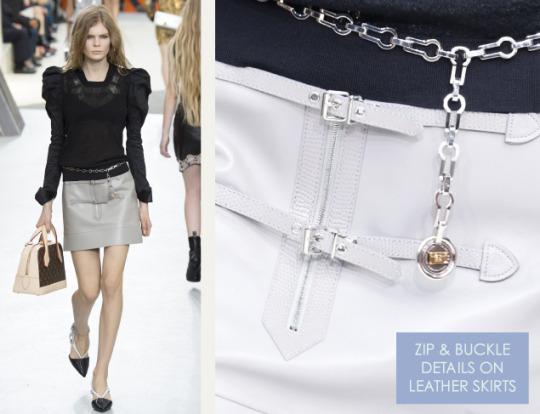 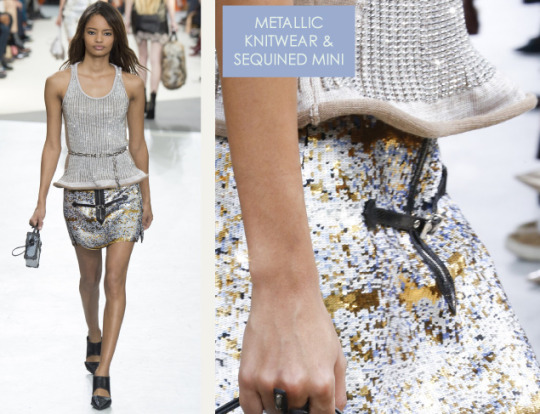 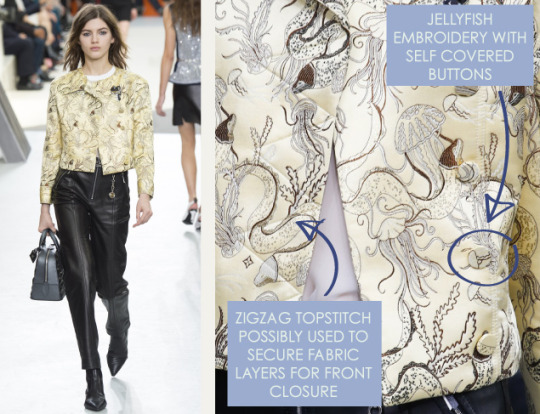 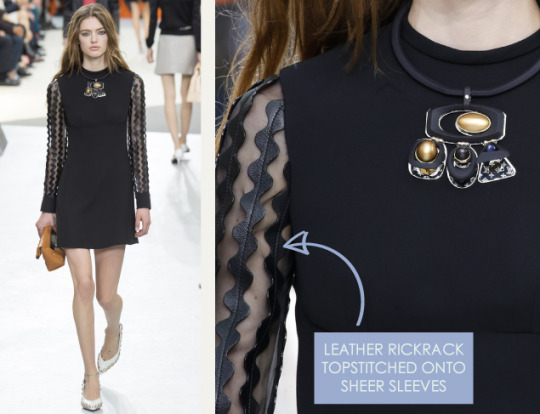 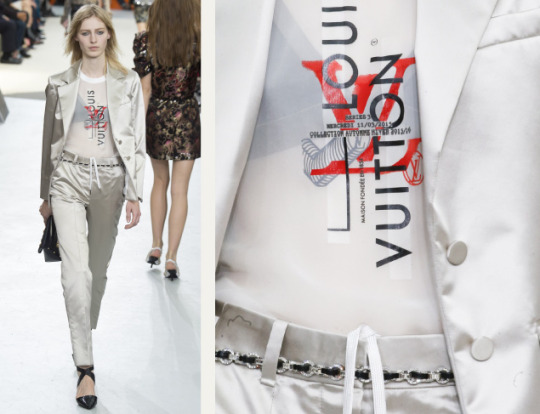 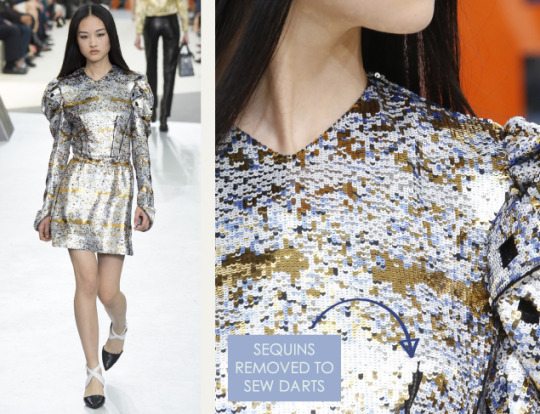 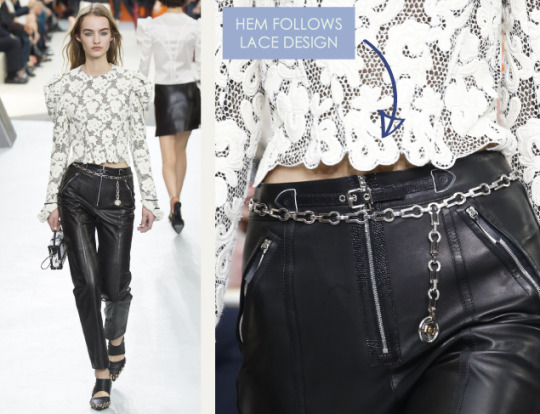 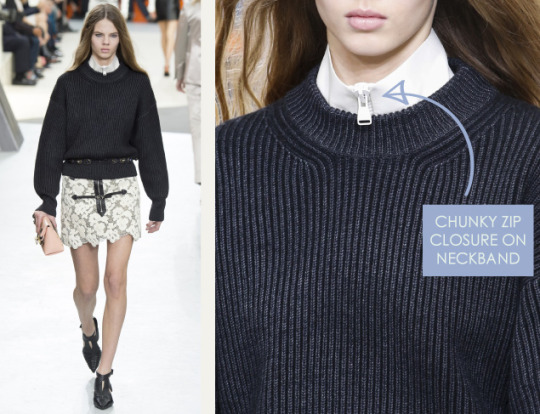