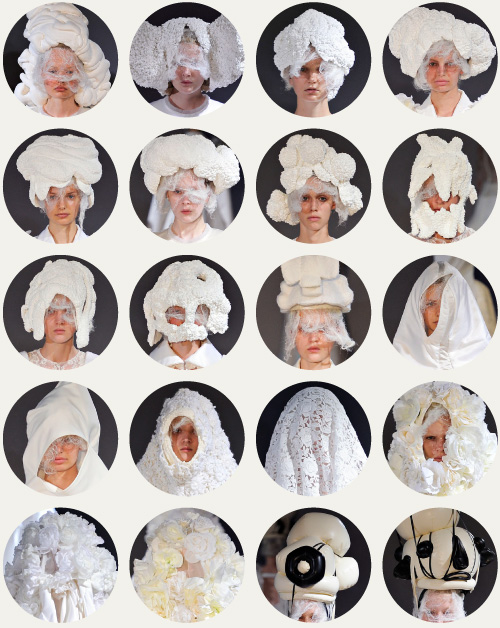 Rei Kawakubo and the team at Comme des Garçons were able to tread a careful line in the exploration of female wedding gowns for the Spring-Summer 2012 collection. They gave us all the right clues to know that this collection was all about bridal wear with silk satin in whites, off whites and creams layered with fine lacework, beading and even some faux floral embellishments in soft greys and lemons.

But as ever with Comme des Garçons, the rebellion is in the execution. Where you would normally find carefully hand bound edges and french seams on a wedding gown, there was instead roughly cut necklines leaving exposed slabs of wadding. When giant-sized, voluptuous silken bows were used, they were used in a strangely creepy way, binding the models hands together. When boning was used to give the gowns structure it was not hidden discreetly away beneath layers of fine silk, it was instead made into an exterior cage that seemed to be constructed out of plastic boning and wadding.

The wadding in itself played a very important part in the collection – rounding out silhouettes and leaving all of the gowns looking thick and puffy. Not so much puffy in an unflattering way but more in a way that gave a subconscious reminder about very comfortable quilts.

The elements that gave each of the outfits their individual character were the headpieces that at times seemed to be mottled as though they were covered in spray on concrete. Or sometimes the headwear appeared as rubberised alternatives with strangely sagging theme-park faces. The black of these headpieces was also brought out in the glossy black and white paint that formed angular lines across the front of a couple of garments These angular marks, especially used so sparingly, contributed to the dark undertones that seemed to be simmering through the whole collection. 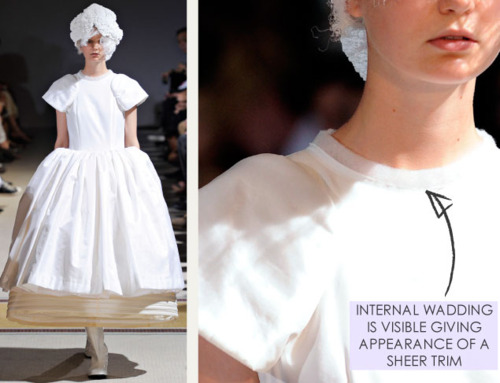 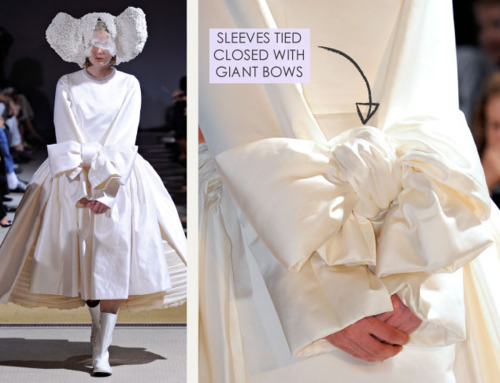 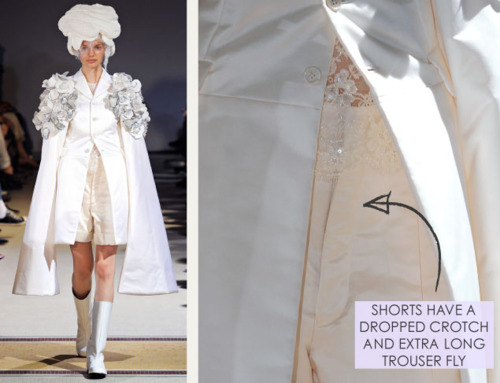 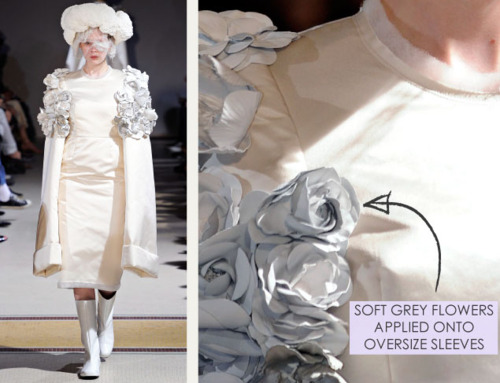 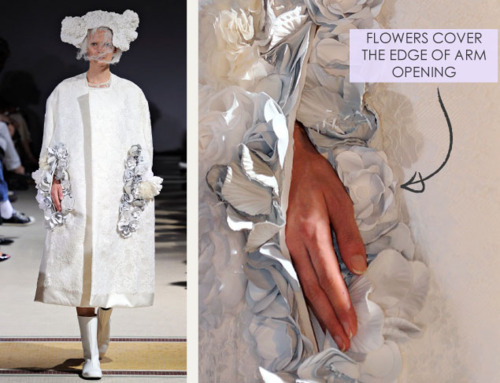 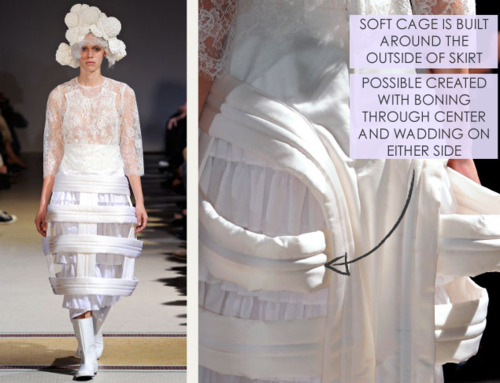 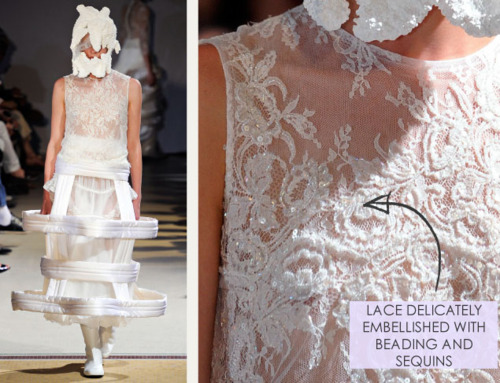 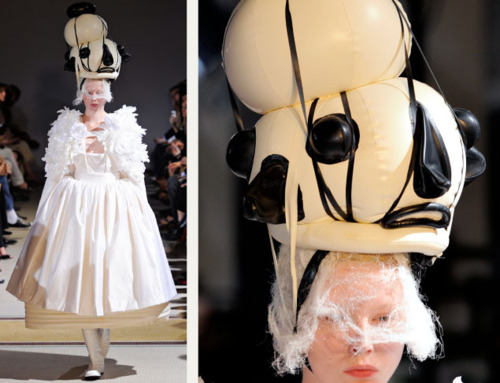 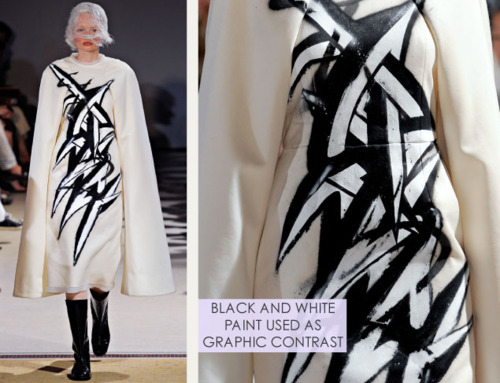 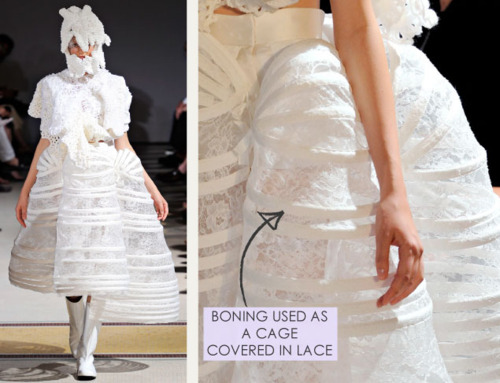 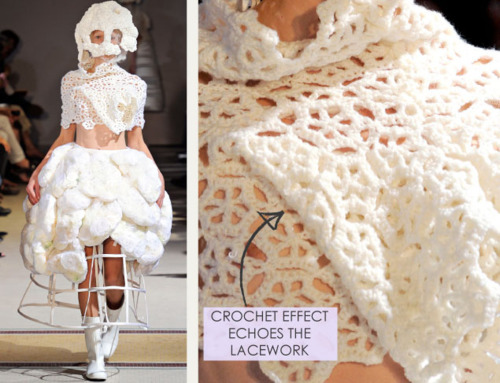 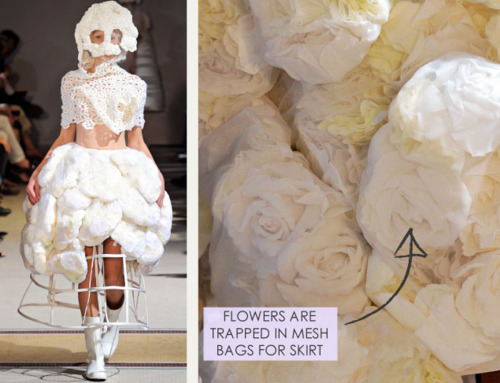 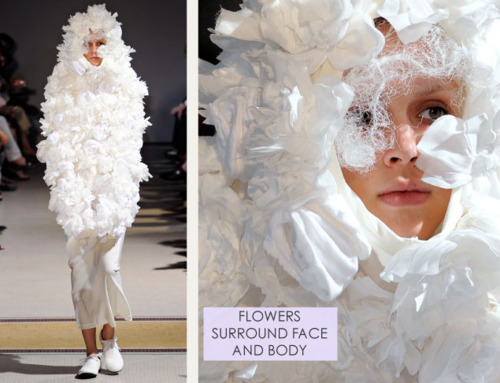 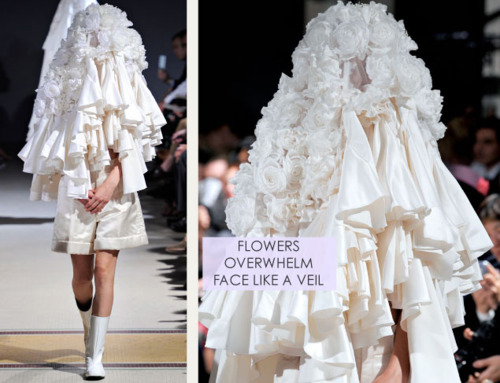 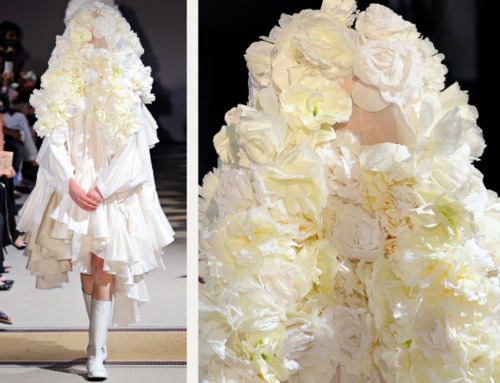