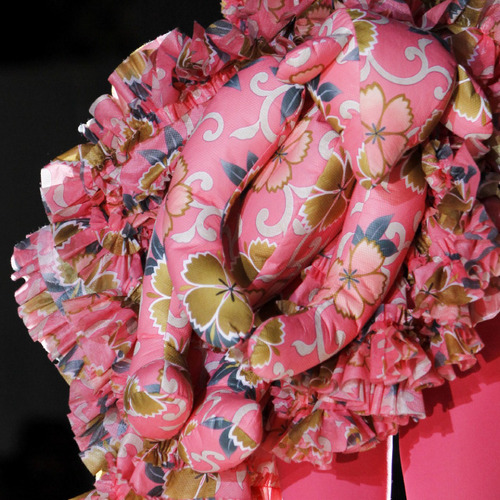 For the Spring-Summer 2014 collection from Comme des Garçons there were familiar techniques such as padding and overblown ruffles in monochrome and candy pink. There were also some looks that used a cage-like structure to emphasise the silhouette, and some sweeping panels that wove in and out to create interlocking details.

In a way, the cage-like structures were like old fashioned crinolines, but worn over the top of the dress instead of underneath it. Whereas the structured fashion of old was often hidden and concealed under fabric so that the silhouette of the crinoline and bustle could pretend to be the shape of the wearer’s body, an external cage structure creates a silhouette as a more transparent outline.

The padded details of the collection often appeared to be emphasised through the use of a 1cm line of topstitching that ran around the edges of the shapes.

The use of holes also appeared throughout the collection, at times as part of an over layer that compressed an under layer of ruffles. In a way this seemed reminiscent of the slashed finestrella effect that can be seen in historical garments, particularly sleeves, where the slashed outer layer is pushed open by a contrasting under fabric. 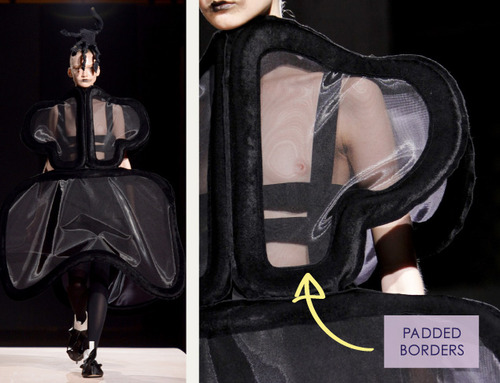 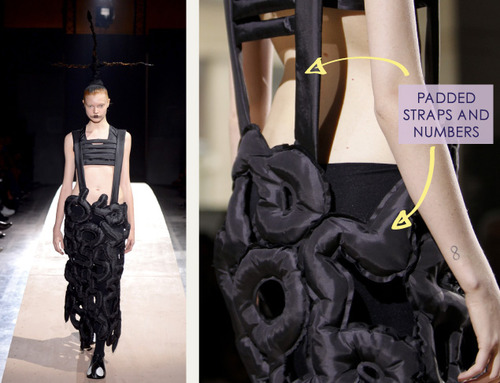 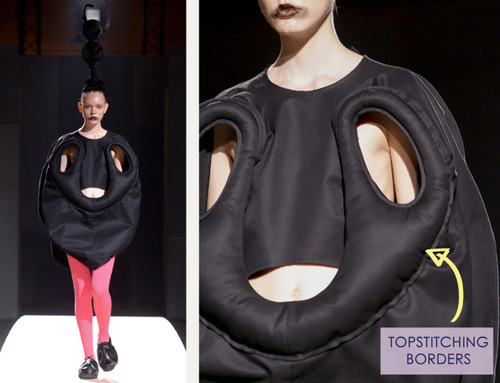 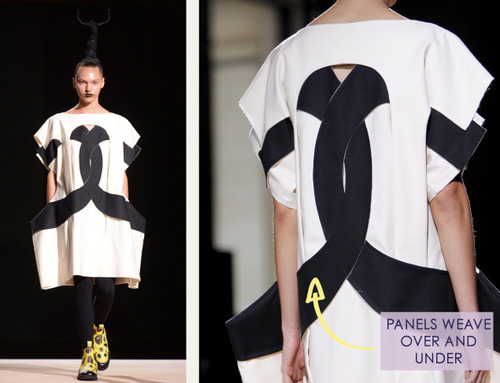 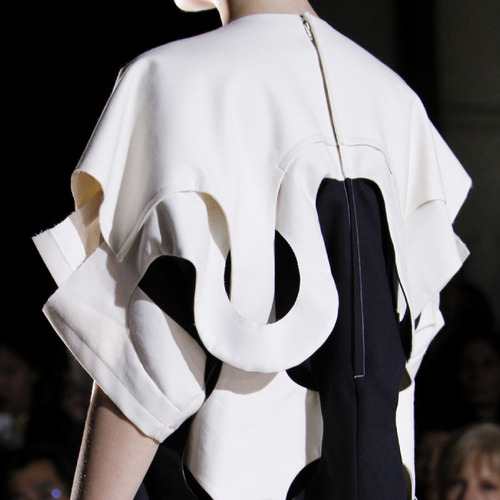 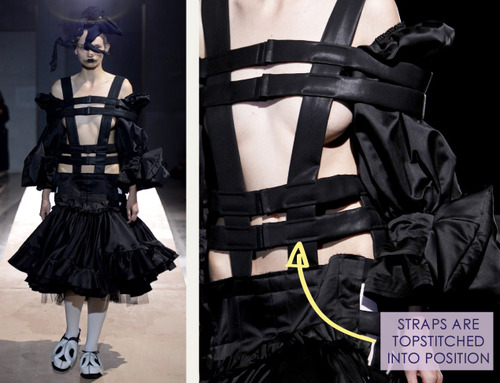 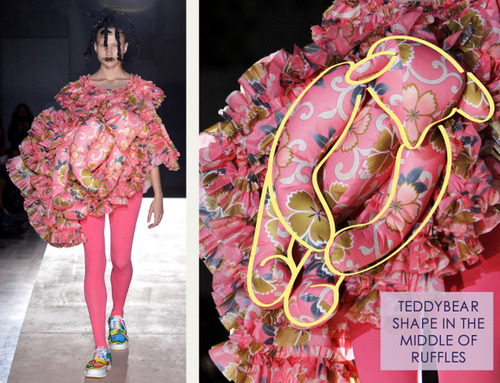 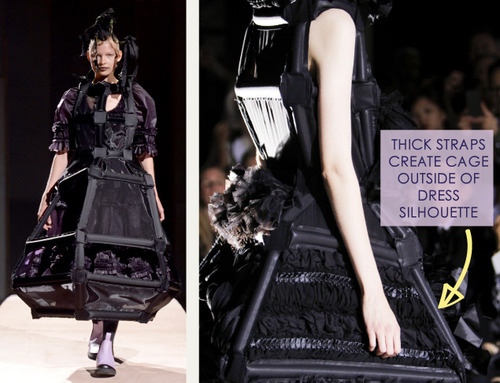 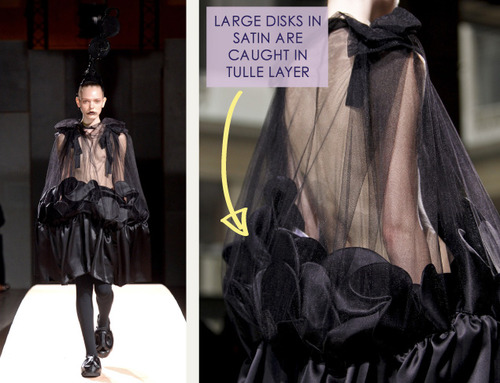 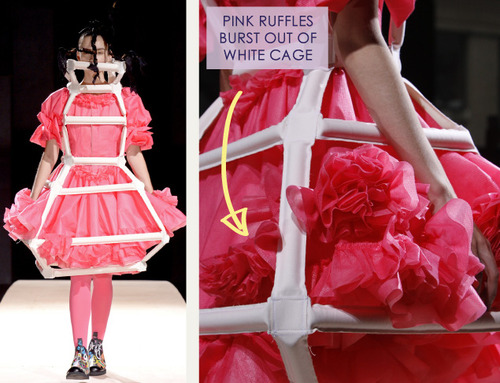 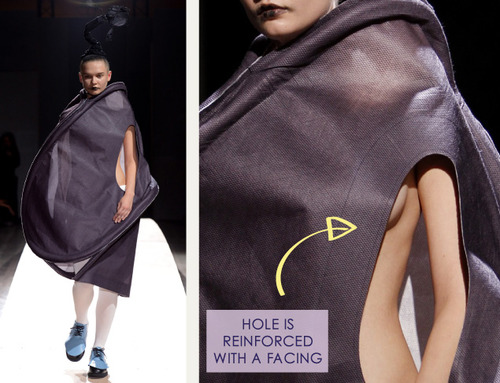 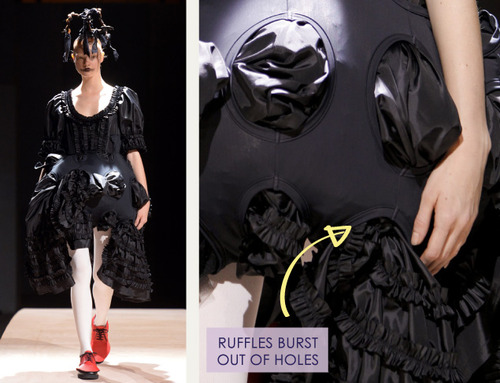 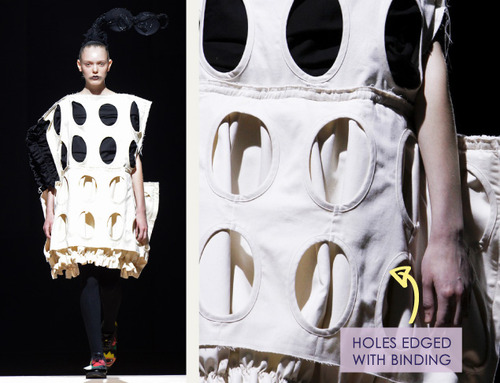